What Are Biblical Values? 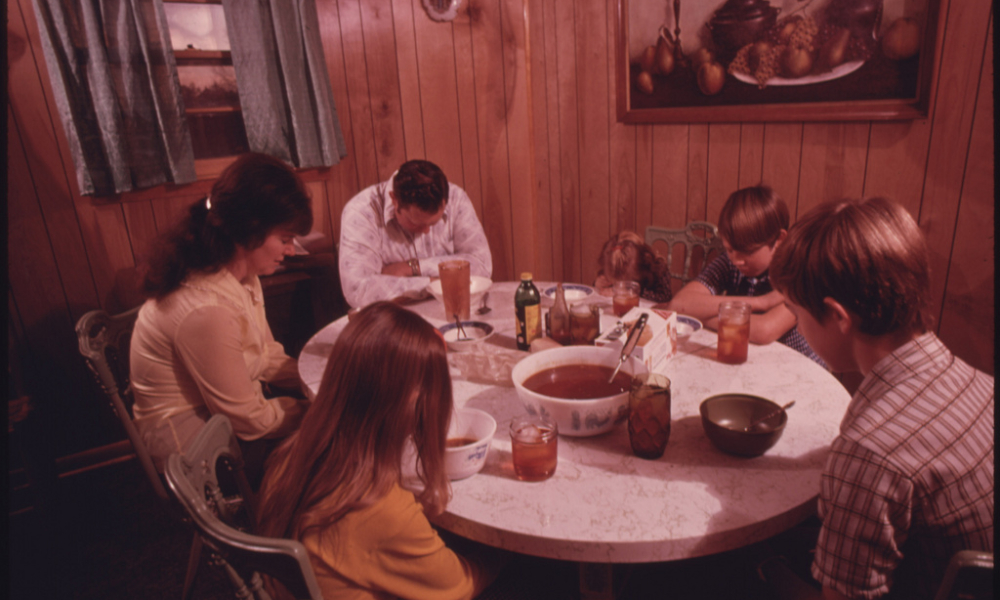 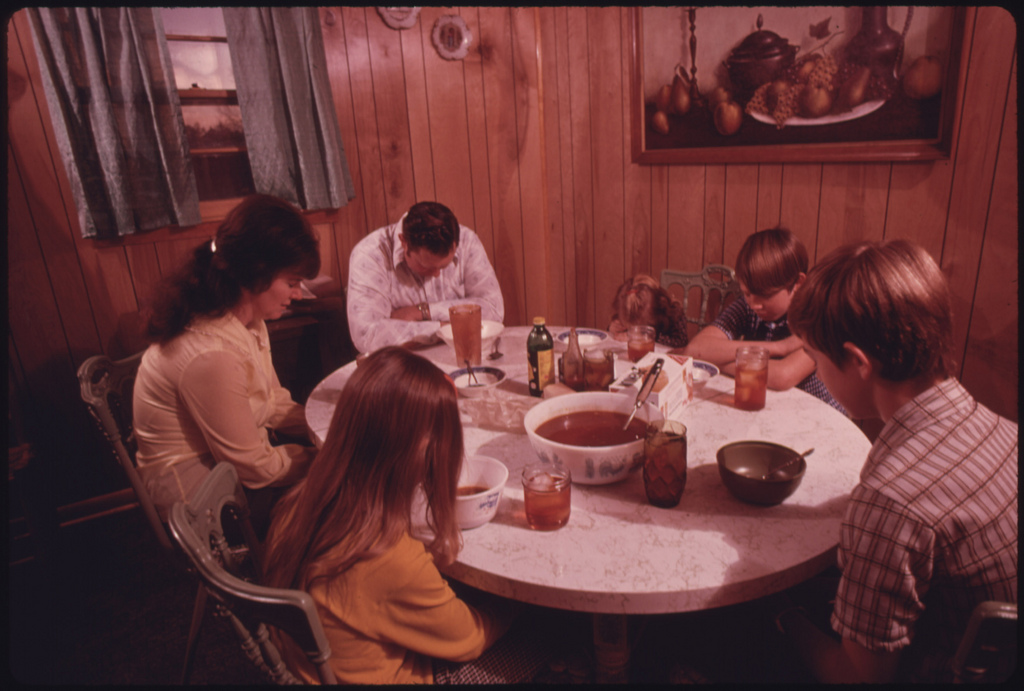 As part of my semester at final Yale I’m taking a class called What Are Biblical Values?.

It’s taught by the renowned biblical scholar John Collins and though the class has only met once, I’m expecting great things.

In our first meeting, he laid down some ground rules, so to speak, for how we are going to approach the concept of biblical values this semester, along with some fantastic insights about the concept itself that I thought were worth sharing.

Some, maybe most, of these points are sure to ruffle the feathers of fundamentalists, but I think they’re important, if not critical, for understanding how we go about using the Bible in a way that maintains not only our own intellectual integrity, but the integrity of the Bible itself.

In lieu of the disjointed, boring bulletpoints from my notes, I’ll try to weave these thoughts together as best I can into the wonderful mini-treatise on biblical values that was delivered in class. But, of course, I will not do it justice, not least of all because I don’t possess John Collins’ awesome Irish accent.

In our attempt to discern what biblical values are, we need to begin by keeping in mind that if we are able to establish biblical values, that does not necessarily establish that they are good values. In other words, just because the Bible says it, doesn’t actually make it good.

Before you have a heart attack at the mere thought, consider this – genocide and child sacrifice are both actions taken by the “good guys” in the Bible, and at least the former occurs at the command of God. If the old saying “The Bible says it. I believe it. That settles it.” is to be our guide for biblical values, as it is for so many, then we find ourselves in the awkward place of having to defend genocide and child sacrifice as good things because the Bible says it and that settles.

Which leads us to the first of three major issues with discerning biblical values – there are contradictory values in the Bible.

For example, in the Bible, in both New and Old Testaments, we find affirmations of both freedom and slavery. For the people of God, the foundational story of their identity is a story about freedom from slavery, yet when we turn the page we find rules governing how Israel should treat their slaves. And in the New Testament, for all of his talk about there no longer being slave nor free, Paul makes little to no effort to free a slave even he acknowledges he has the power to free.

This is why if we affirm liberation, for example, it’s not so much that the Bible affirms it, but rather that the Bible gives us the rhetoric to speak of liberation. The same is true of many other so-called biblical values. So, when we claim to hold biblical values we need to remember that we’re making a decision to make certain values more central than others.

We may base this decision on the broader narrative of scripture, but this leads us to the second major issue with biblical values – the necessity of interpretation.

As much as we may want to believe otherwise, the simple truth is there is no such thing as sola scripture. Claiming to follow the Bible alone may have made for great rhetoric during the Reformation, but we can never isolate scripture from some sort of tradition. In other words, there is no interpretation without the the assumptions, traditions, and biases we bring to our reading of scripture that, for good or ill, shape our understanding of what is being said. We can’t escape bringing these things to bare our biblical interpretation, nor are they always bad. But we do need to be open and honest about them – whether they be cultural, historical, theological, or whatever – and stop pretending like there is such a thing as a plain reading of the text.

The truth is, a so-called plain reading is guided by our desire to seek out those passages that support and confirm the ideas and values we already believe in.

In other words, there’s nothing plain about it.

Despite everything we bring to the Bible, or maybe because of it, there are limits to what a verse or passage can mean. The best way to fix those limits is through the study of language, historical context, and the historical critical method. These sorts of things give us a historical and linguistic guardrail that can keep us on the right interpretive path. Without them a text can mean anything we want it to mean.

Now, this effort doesn’t mean we will always get it right. Sometimes we won’t. All interpretation is ultimately just an approximation of what we think is being communicated. It’s our best shot at providing what meaning seems most probable to us. Which means, as the history of the church itself demonstrates, we don’t acquire finality or certainty in biblical study. Our interpretation of scripture always remain open to debate. If it didn’t, there would still be one church and not 30,000+ denominations.

Finally, we come to the third major issue with discerning biblical values – questions about the authority of the value itself.

Suppose we can identify a biblical value. What authoritative weight should that carry? Should it be authoritative just because it’s in the Bible?

For example, the Ten Commandments forbid stealing. However, it would be a bit ridiculous to think this was the first time in human history such a value was established. What gives this biblical value weight and authority is not simply that it appears in the Bible, but rather that it is a clear command from God as part of a specific covenant established between God and Israel.

While authority may be easy to ascribe in a situation like that, we eventually run into the problem that there are values the Bible seems to consider acceptable which most of the world today condemns. Now, before we write this off as the world simply losing its moral footing, we should remember, once again, that things like genocide and child sacrifice are acceptable in certain parts of the Bible as are slavery, murder, and fraud.

Which is why whenever we speak of biblical values, it is critical to remember that what is acceptable in one time and place is not always acceptable in another. Of course, that’s much easier said than done and in the face of a rapidly changing world there are those that want to ignore the historical realities of scripture altogether and pretend, for example, that Paul’s cultural and historical context had no baring on what he wrote.

If that is the path we are going to follow or, rather, if we are going to continue championing particular values as biblical values because we can find a verse or two to support our morality, then we need to be consistent, stop ignoring Paul’s letter to Philemon, and call America back to a biblical value we’ve long since abandoned but conspicuously ignored – slavery.

If we’re unwilling to do that – and I seriously hope we are unwilling – then we need to seriously reassess what we mean by biblical values and what those values actually are.

Altogether, these three issues – contradictory values, the necessity of interpretation. and questions about the authority – lead to a principle which my professor said will guide our class this semester and which, I think, should guide all of us in our understanding and application of biblical values.

When it comes to discerning biblical values, we are not so much trying to find a “right” answer, so much as we are looking at what the limits are for the claims we want to make.

This doesn’t mean we can’t have biblical values.

But it does mean “The Bible said. I believe it. That settles it.” simply won’t cut it.

Our ultimate guide to what is right is instinctive and those instincts are formed, shaped, and educated by our own personal experience. In my tradition, we call that instinct prevenient grace. It’s the belief that the Holy Spirit is at work in the world leading us to Truth and reconciling the world back to its Creator whether we realize it or not. In other words, just because we abandon “The Bible Said it. I believe it. That settles it.” doesn’t mean we are suddenly lost without a guide for interpreting scripture.

We have the Spirit.

We have the Church.

And we have our experience.

Together, these things can lead us to the Truth in a way that allows us to affirm biblical values with the humility such a claim demands.