Yeezianity & The Church Of Yeezus

So apparently Yeezianity is a thing.

Cause their savior is Kanye West. 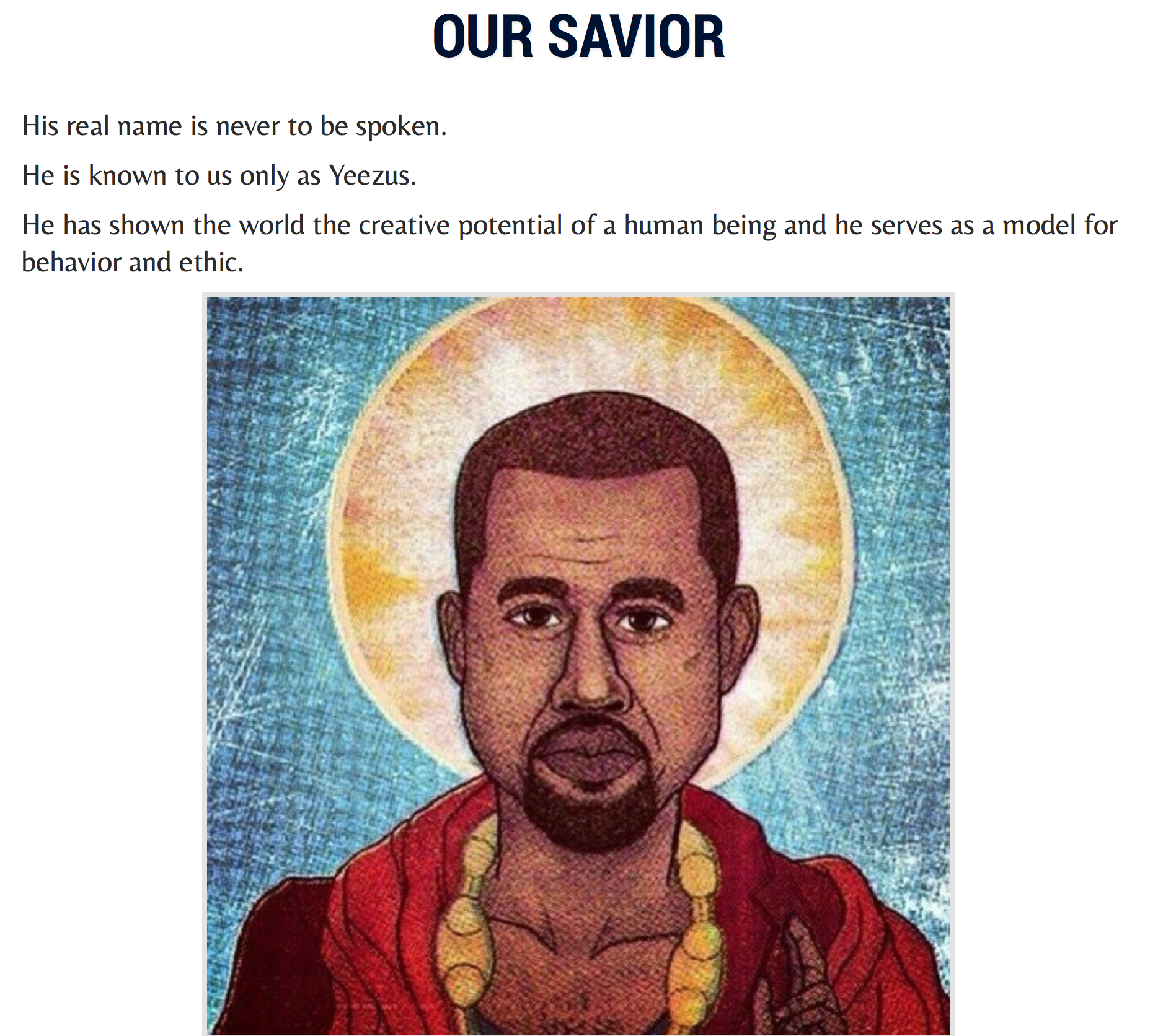 Well, according to the their About page…

We are an anonymous group who believes that the one who calls himself Yeezus is a divine being who has been sent by God to usher in a New Age of humanity.

We believe that the days where mankind must trade his labor for money in order to buy the things he needs is coming to an end.

We believe that a New Age is beginning where all people will unlock their creative powers and the competitive struggle for money and power will no longer be necessary.

Apparently if want to join the “church,” all you need to do is affirm the creed by sending them a picture of you holding up a sign that reads “I Believe In Yeezus.”

If it’s not, then friends, take this as definitive evidence that the apocalypse is upon us.

May God have mercy on us all.