This is probably the weirdest Jesus statue you’ll ever see. 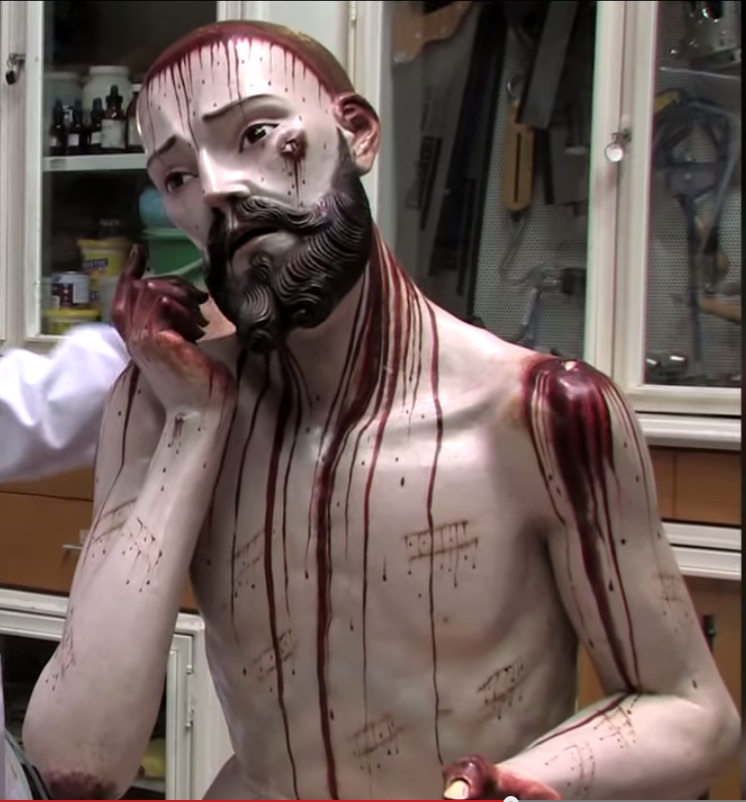 Maybe the creepiest too.

Well, the creepy part is kinda obvious. I mean that’s a lot of fairly realistic looking blood. And those eyes….

But what makes this statue so weird is something you can’t really see…unless you have an X-ray machine.

See those lines in the mouth?

According to an article from Live Science, this 300 year old statue hails from a small town in Mexico and was outfitted with real human teeth. Apparently, donating human parts for works of art wasn’t all that uncommon back in the day.

As Live Science points out,

Using human and animal body parts for statues isn’t unusual either. People routinely donated hair to serve as wigs for statues, and artists often used nails fashioned from the shaved horns of bulls, she said.

But what makes this particular use of human anatomy particularly strange is that you can’t really see the teeth unless you get close to the statue and peek through the mouth.

So, what’s the point?

Who knows. Like I said, it’s a weird statue.

But it’s a fascinating story and Live Science even offers a couple of ideas about why those barely visible chompers are there. So, make sure you click through to read the whole thing.