Gun Loving Pastor Poses For The Most Ironic Picture Ever

I’ve been to the firing range and I’ve been hunting and I’ve had a thoroughly good time doing both.

But as a Christian, the idea of turning those guns on other people – even in the name of self-defense – is something I’m decidedly less enthusiastic about.

The same can’t be said for John Correia, pastor of West Greenway Bible Church in Glendale, Arizona. In a recent interview with The Daily Mail he explained his deep and abiding love for guns which he claims Christians should stockpile for the purpose of self-defense based on the teaching and example of Jesus who, in Luke 22:36, said, “But now if you have a purse, take it, and also a bag; and if you don’t have a sword, sell your cloak and buy one.”

Obviously, Pastor Correia is less interested in literally everything else Jesus said and did concerning the use of violence against enemies, including Matthew 26:52 when Jesus explicitly condemns the use of swords for self-defense, “Put your sword back in its place, for all who draw the sword will die by the sword.”

Which is what leads us to what might be the most ironic pastoral portrait ever. 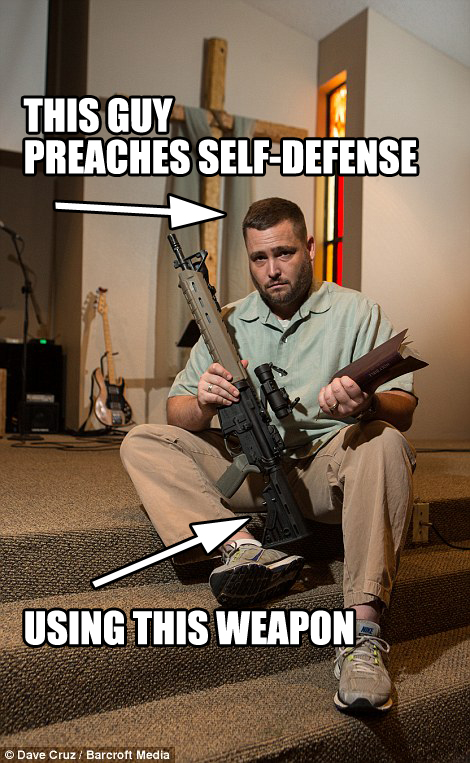 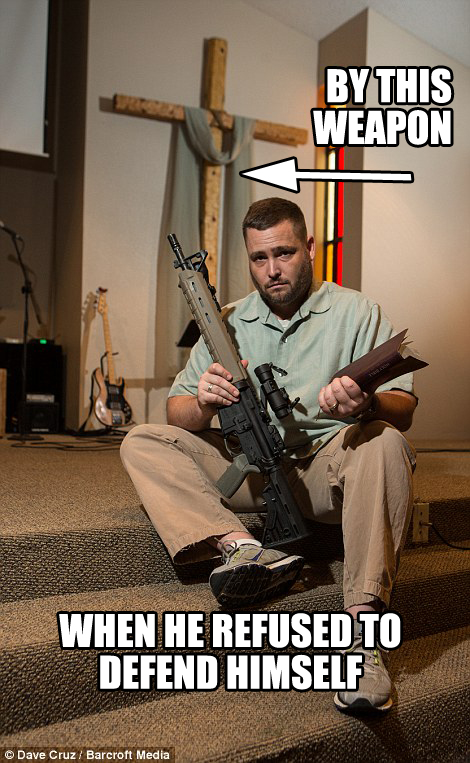 (H/T to Christian Nightmares for sharing the original interview)