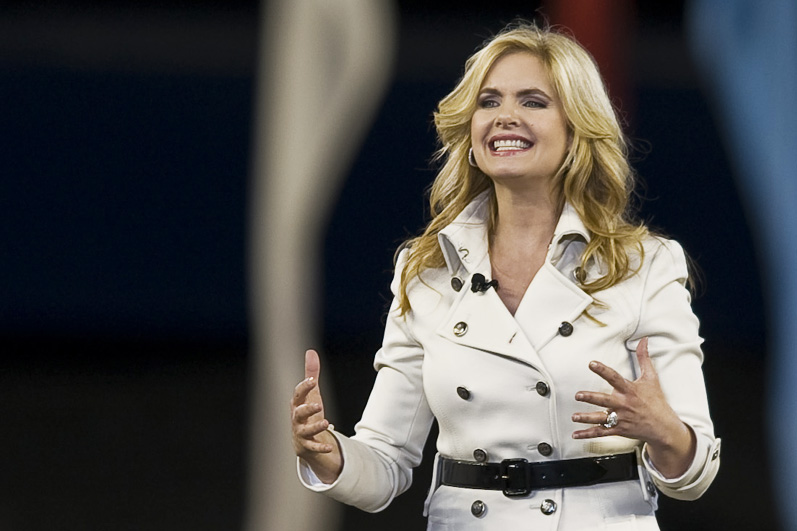 Who knew that Bill Cosby and Victoria Osteen would be a match made in heaven?

Or is it hell?

Either way, you know what I’m talking about, right? That hilarious video of Bill Cosby “responding” to Victoria Osteen’s declaration that “When we obey God…we’re doing it for ourselves.” Funny, funny stuff.

Obviously, a lot of people weren’t too happy with what Mrs. Osteen had to say.

I found it refreshing.

Not because I agree. Oh dear gawd, no. She and Joel are a theological catastrophe of wedded bliss.

I found it refreshing not because I think she’s right, but because she seems to be starting a confessional trend in the church that we desperately need.

You see, today I came across another account of a church getting brutally honest about what they actually believe. As I’m sure you’re well aware, megachurches are often criticized for being all about the numbers. Most megachurch pastors try to deflect these charges, but not Perry Noble.

According to a recent interview with The Christian Post,

Noble said he has “caught some flak” in the past for caring about numbers too much and he admits that NewSpring hopes to attract more people than they have now because Jesus also cared about attracting multitudes.

“We’re all about the numbers because we believe that every number has a name, every name has a story, and every story matters to God,” Noble said in a recent blog post. “We aren’t just about NewSpring being a church of thousands of people … we want all churches to be thousands strong because of the potential the church has.”

Of course, nowhere in the gospels does Jesus ever hint at caring about having a large following. In fact, when it comes to how many folks will be following him, Jesus was decidedly less in love with big numbers than Noble would like us to believe. As Matthew 7:14 puts it, “For the gate is narrow and the road is hard that leads to life, and there are few who find it.”

But Noble astutely recognizes, just like the Osteens do, that if you spin your misguided theology (in this case lots of butts in the seats = lots of disciples) in a heartwarming way, most people won’t notice or even care.

I’m just waiting for the final shoe to drop.

I’m waiting for a celebrity pastor or Christian talking head or somebody else of pseudo-importance to finally acknowledge what has already been made completely obvious by so much of the life, theology, and practice of American Christianity.

Namely, that we don’t really care about most of what Jesus said and called us to do.

Sure, we’ll quote a few verses, wear a wristband, maybe even a t-shirt, and shout from the heavens that we love Jesus with all our hearts, but when it comes to doing all that turning the other cheek, putting others first, caring for the poor, embracing the marginalized, and loving our enemies rather than bombing them back to the stone age stuff, well, we’d rather not thank you very much.

After all, we said the sinner’s prayer, pay our tithe, and only watch movies approved by Christian Internetland. We don’t need to be bothered by all that “works” junk. That’s for those heathen Catholics.

Now, like the other confessions, this one is already happening in practice (see Phil Robertson’s call to “convert ‘em or kill ‘em). All that’s left is the sort of open acknowledgement that Victoria and Perry have been so gracious to offer.

But, again, let me be clear. I find all of this public confession refreshing.

Because it gives me hope.

Hope that one day soon American Christianity will finally be exposed for the traveshamockery that it really is.

Hope that if and when that day comes then maybe, just maybe folks will stop embracing and defending the self-centered, numbers obsessed, success driven, warmongering American Jesus and instead rediscover the way of Jesus of Nazareth.

A way of life in which followers die to self, enemies are loved, peacemakers blessed, the least are cared for, and justice rolls down like water to every parched corner of the earth.