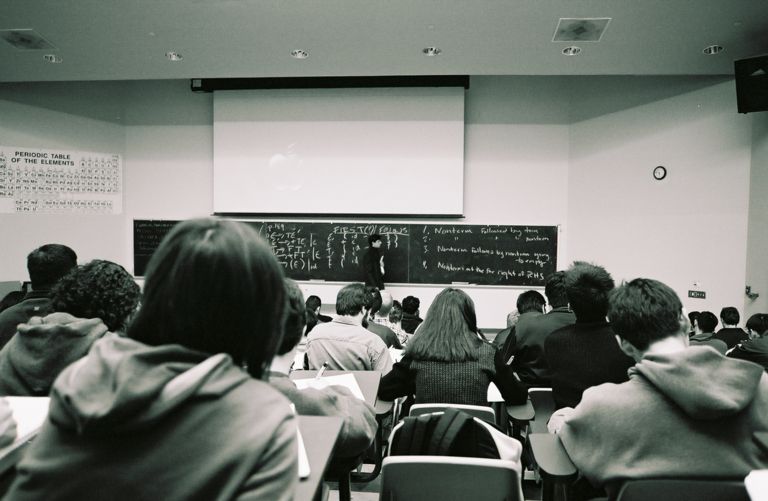 Today begins a new chapter in my life.

In just a couple of hours I will head down to New Haven for orientation at Yale Divinity School.

I haven’t been in school for a few years now, but I think my excitement, at least at this point, is winning out over my anxiety about getting back into the swing of going to classes, writing papers, and taking tests. Classes actually start next Wednesday, so we’ll see if my excitement is still trumping my anxiety by then.

This week will be all about getting “oriented” to life at Yale. Apparently there is a lot to get oriented to as orientation lasts an entire week.

Now, don’t hear me wrong. I’m not complaining about the length of orientation. Like I said, I haven’t been in school for a while, so I need as much orienting as I can get.

Getting ready for that orientation, though, has me thinking, and as I so often do, connecting dots in my head that weren’t necessarily intended to be connected. In this case, I got to thinking about how intentional schools and work places are about orienting their new initiates into their particular way of life and how unintentional we in the church often are about teaching new believers what it means to be a part of the Body of Christ.

For me, the next several days will be spent learning how life at Yale works, what will be expected of me both academically as well as socially, and, of course, I will also learn what sorts of things will not be tolerated as a member of the Yale community.

That same sort of attention to orienting new people to a particular community, as I said before, can also be seen in the workplace. After their hiring, employees are taught the rules and expectations that govern life at their particular workplace. Expectations are (usually) clearly laid out for them and the consequences for not living up to those expectations or for breaking the rules are also spelled out.

Schools and work places seem, at least in general, to be very particular about orienting their people to a particular way of life so that their community can be as healthy and productive as possible.

Churches on the other hand (with a few exceptions, i.e. the Roman Catholic and Orthodox churches) seem less and less interested in that sort of thing.

We seem to be much more focused on either expanding our membership rolls or simply not offending anyone.

We put few, if any requirements, on membership and once in, we are incredibly reticent to lay out the guidelines for life in our particular community for fear that people might leave taking their money and our sense of success with them.

As for consequences, we’ve convinced ourselves that grace frees us the reality that are any consequences for our actions.

Church, in many corners of the world, has become a free for all. The idea of orienting one’s life around a particular ethos or set of rules has been trumped by the idea that the highest good in life is to live a life free from all structure, rules, expectations, and consequences.

In short, discipleship has died and been replaced by a sort of Christian anarchy. In many corners of the church, the Christian life is no longer defined by reorienting one’s life to total submission to God. Rather, we have somehow, whether out of fear or ignorance or simple selfishness, convinced ourselves that who were before coming to Jesus was who we were intended to be. Therefore, any sort of change or conforming to a new way of life isn’t just unnecessary, it borders on the sinful.

In other words, there is no longer any need to be born again.

Such confusion, I think, should be expected when we don’t take seriously the need to teach the faith to new believers, to teach them what it means to live the sort of particular and peculiar life that constitutes being a disciple of Jesus.

If schools and workplaces stopped doing their orientations, confusion would reign and work would grind to a halt as students and employees either gave up in hopeless frustration or, in trying to do their own thing, the heretofore successful community would be disrupted and ultimately destroyed from the lack of discipline, cooperation, and unified direction.

Yet, for some reason, many of us in the church have convinced ourselves that such orientation, or as we call it, discipleship, isn’t really necessary anymore. Despite the particular and often difficult calling and teachings of Jesus, we’ve convinced ourselves that new believers will be ok just winging it on their own. And for some reason we think that that won’t have any effect on the life of the church.

As I’ve mentioned before, my father-in-law is a monk. He belongs to a healthy, vibrant, and very Christlike Benedictine monastery just outside of Boston. They are not a healthy, vibrant, and Christlike community by accident. They have gotten that way because they were incredibly intentional about learning the Benedictine way of life before they were ever are allowed to join. They continue to be that way because once they joined they were required to be of one mind with those already in the community and to be intentional about living a particular way of life.

Without such discipline and disciple, their community would fail.

Perhaps you are part of a similar healthy, vibrant, and Christlike community at your own local church. I can guarantee that it too didn’t happen by accident. It was formed by people intentional about adhering to a particular way of life and it has thrived because they have been intentional about orienting the new members of their community to their particular way of life. In other words, they’ve done a good job at discipleship.

Instead of trying to make more converts, we need to start making more disciples. Instead of worrying about whether or not people will get upset and leave, we need to have the courage to boldly proclaim the gospel and hold each other accountable when we don’t live up that calling. And instead of focusing so much time, money, and effort on having cooler or hipper churches, we need to remember that the vast majority of Jesus’ time on Earth was spent teaching, not entertaining.

There is a lot of hope and promise for the future of the church, but it will only be realized when we find the courage and strength to start making better disciples.