Congressman Goes Skinny Dipping In The Sea Of Galilee

One day soon I hope to have the chance to visit the Holy Land.

Although, I’m pretty sure skinny dipping in the Sea of Galilee will no be part of the agenda…. 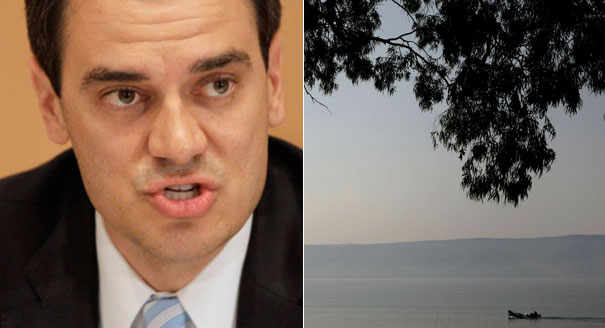 The FBI probed a late-night swim in the Sea of Galilee that involved drinking, numerous GOP freshmen lawmakers, top leadership staff — and one nude member of Congress, according to more than a dozen sources, including eyewitnesses.

During a fact-finding congressional trip to the Holy Land last summer, Rep. Kevin Yoder (R-Kan.) took off his clothes and jumped into the sea, joining a number of members, their families and GOP staff during a night out in Israel, the sources told POLITICO. Other participants, including the daughter of another congressman, swam fully clothed, while some lawmakers partially disrobed. More than 20 people took part in the late-night dip in the sea, according to sources who were participants in the trip.

“A year ago, my wife, Brooke, and I joined colleagues for dinner at the Sea of Galilee in Israel. After dinner I followed some Members of Congress in a spontaneous and very brief dive into the sea and regrettably I jumped into the water without a swimsuit,” Yoder said in a statement to POLITICO. “It is my greatest honor to represent the people of Kansas in Congress and [for] any embarrassment I have caused for my colleagues and constituents, I apologize.”

Travis Smith, Yoder’s chief of staff, told POLITICO “Neither Congressman Yoder, nor his staff, have been interviewed by the FBI.”

These GOP sources confirmed the following freshmen lawmakers also went swimming that night: Rep. Steve Southerland (R-Fla.) and his daughter; Rep. Tom Reed (R-N.Y.) and his wife; Reps. Ben Quayle (R-Ariz.), Jeff Denham (R-Calif.) and Michael Grimm (R-N.Y.). Many of the lawmakers who ventured into the lake said they did so because of the religious significance of the waters. Others said they were simply cooling off after a long day. Several privately admitted that alcohol may have played a role in why some of those present decided to jump in.