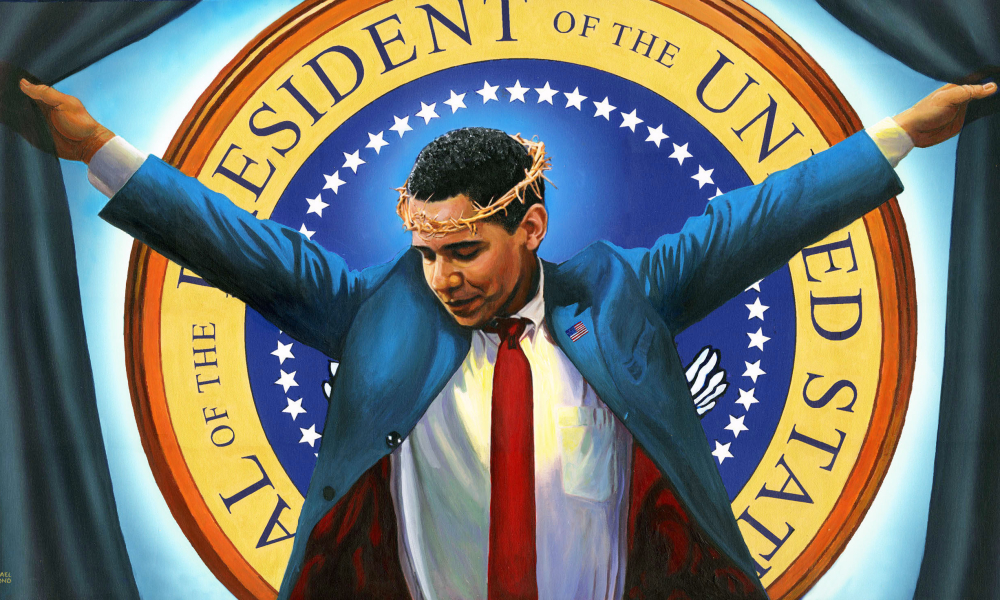 Usually when we see pieces of art (and I use that term loosely) mixing faith and politics it comes from someone on the religious right.

But lest you think they are the only ones tearing down the wall between church and state, here is proof that crazy has no political affiliation.

This painting of Barack Obama as a crucified Christ originally appeared in 2009 to mark Obama’s first 100 days in office, but apparently it caused so much outrage it that the show it was to be featured in had to be cancelled.

Now, Michael D’Antuono’s painting The Truth is getting a second chance in a Boston Art Gallery just in time for the election.

I really doubt this painting will have any effect on the election, but I do know one thing.

The Truth is the wrong title for this painting.

What should it be called?

Well, if this painting isn’t The American Jesus then I don’t know what is. 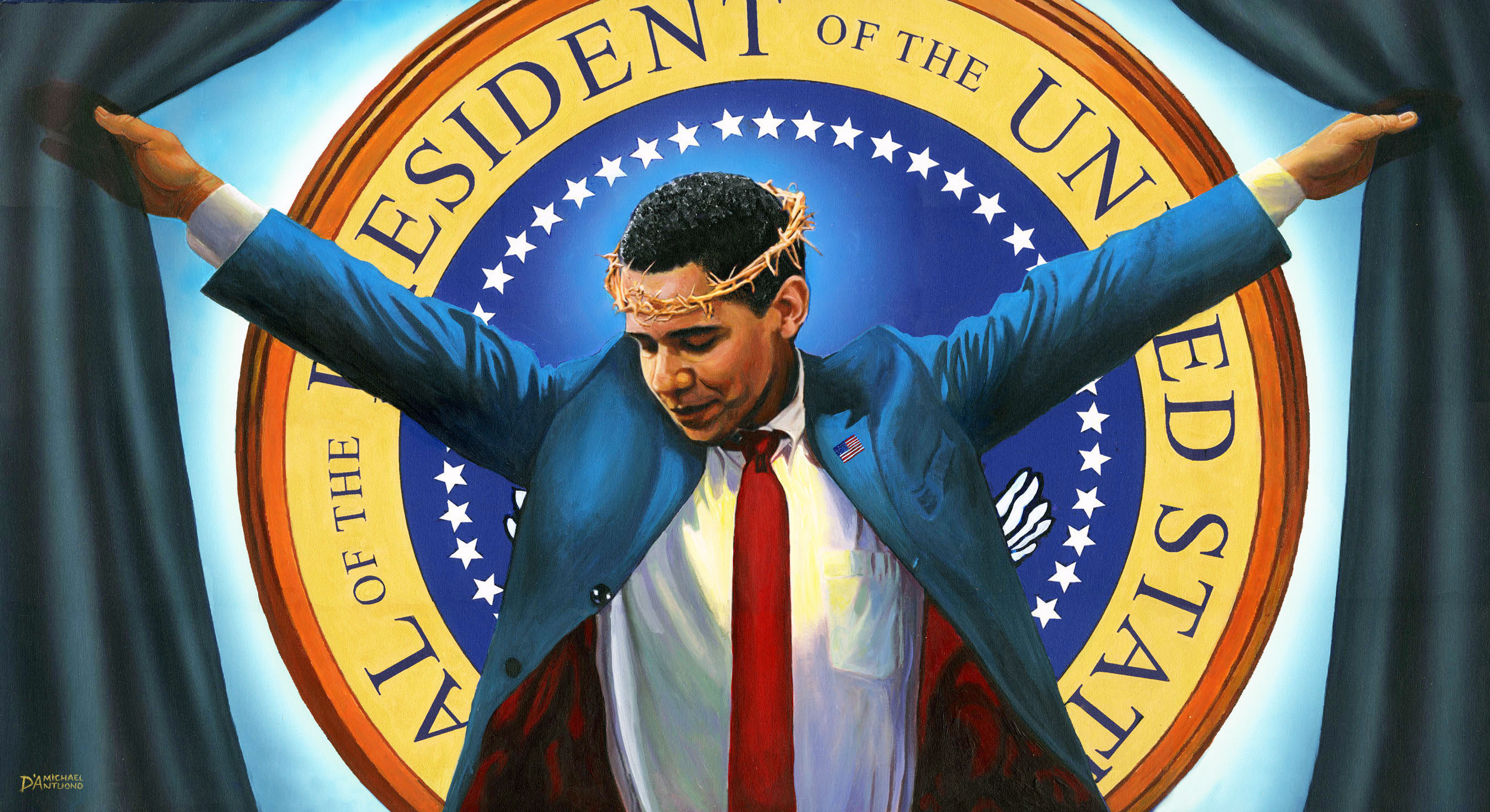