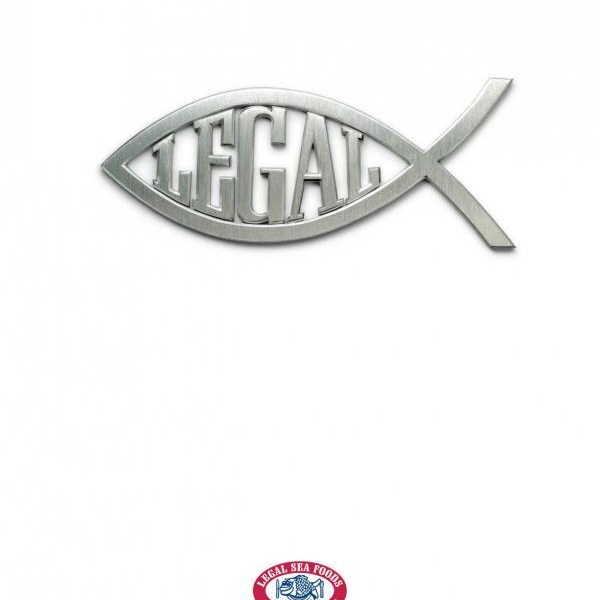 From time to time we hear complaints about small businesses using Christian imagery or Bible verses.

Some people complain because they feel like the owner’s faith is being shoved in their face. Other’s complain that the company is using religion to manipulate the faithful into buying what they’re selling.

Can’t say, though, that I’ve ever heard of a non-faith-based company using Christian imagery to sell their business before.

It should be interesting to see the response.

In the meantime, how about you?

If you’re a Christian, do you find Legal Seafood’s ad campaign offensive? Amusing? Unnecessary? Creative? Ill-advised? All of the above? 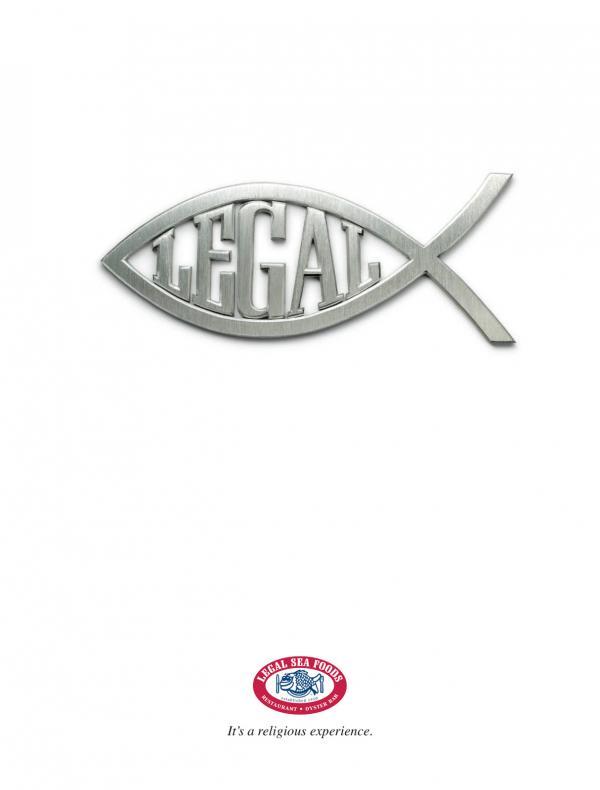 Gay cowboys, dead grandpas — and even Jesus — are among the targets of Legal Sea Foods latest advertising campaign.

The Boston chain, which has a reputation for fresh seafood and edgy marketing, is now likening the restaurant to a religious experience, complete with its own “Jesus fish” that features the word “Legal” written in the space created by the two intersecting arcs.

Legal Sea Foods’ version of the popular Christian symbol is already emblazoned on the top of cabs around Boston and in print publications.

Roger Berkowitz, the company’s chief executive, said the ad is not intended to make a religious statement. “I’m not really trying to offend anybody,” he said.

The campaign, created by New York ad agency DeVito/Verdi, is not the first one from Legal Sea Foods to push boundaries. A few years ago, the chain roiled the waters with its $150,000 marketing blitz that took aim at MBTA workers with lines like, “This conductor has a face like a halibut” and, “This trolley gets around more than your sister.”