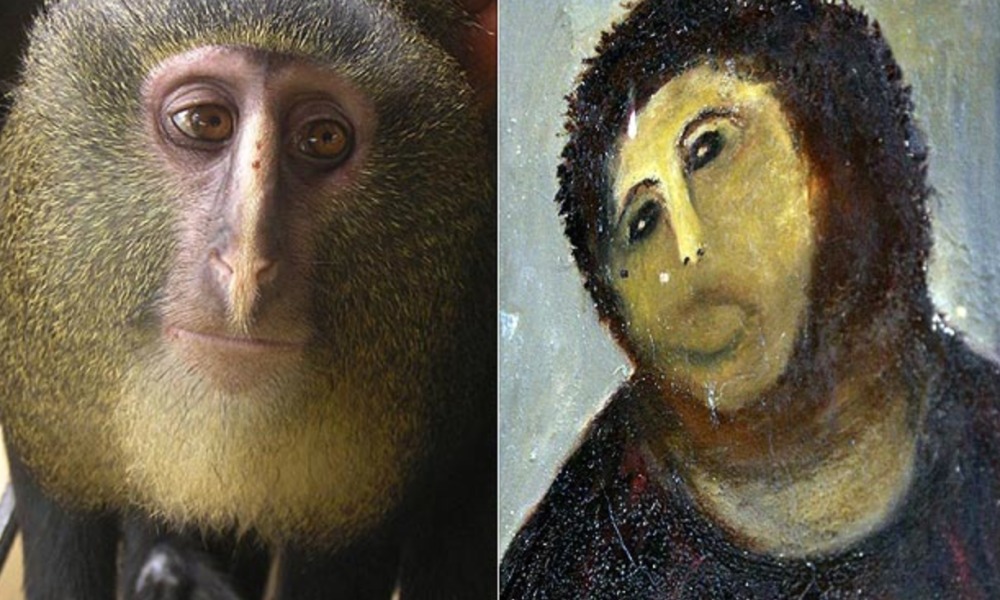 Ok, technically I’m the only one actually calling it the Jesus monkey, but after reading this post from The Amish Jihadist, I’m convinced that Tripp’s words were more prophetic than he knew.

Read this post I featured last week about the botched restoration of a fresco of Jesus in Spain. (the image on the left below)

You can’t make this stuff up. 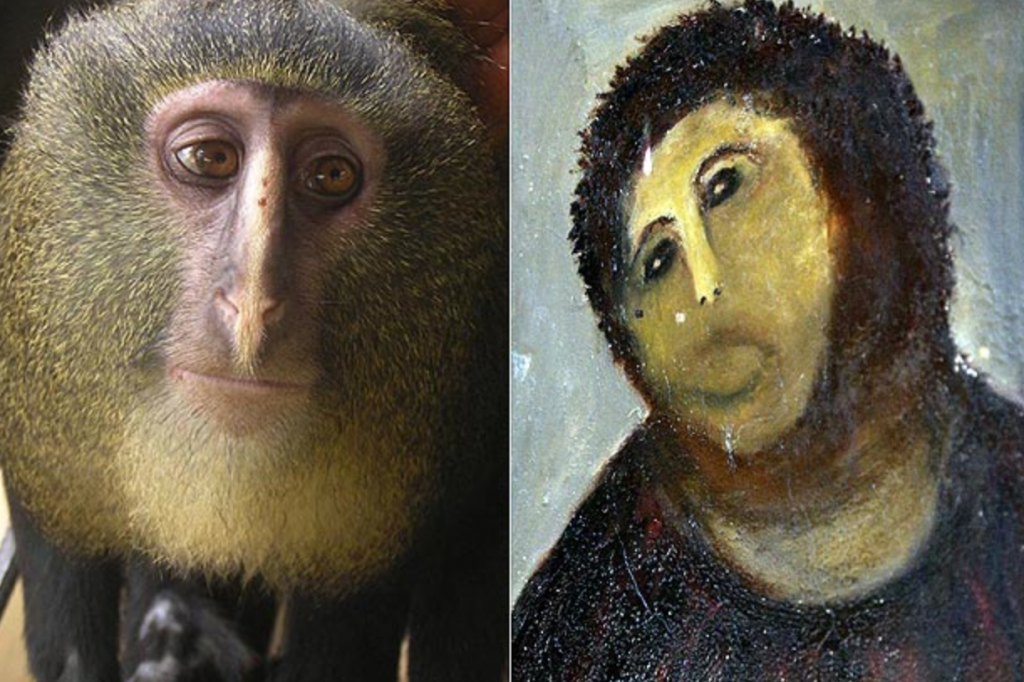 By Harry Hawkins, The Sun

A NEW species of monkey has been discovered – and it looks exactly like a famous botched artwork of Jesus.

The creature known as the lesula is the spitting image of a failed restoration Elias Garcia Martinez’s Ecce Homo.

The animals were found in the Democratic Republic of Congo after one was found in captivity at the home of a schoolteacher.

Experts say the young animal resembled an owl-faced monkey but its colouring is different to any other species.

More of the monkeys, also known as Cercopithecus lomamiensis, have been discovered living in the forests of central Democratic Republic of Congo living off of fruit and flower buds.

It is only the second time a new species of monkey has been found in Africa in the last 28 years.

But despite the new find, researchers warn the monkeys could face extinction – as hunters roam the area in search of bush meat.