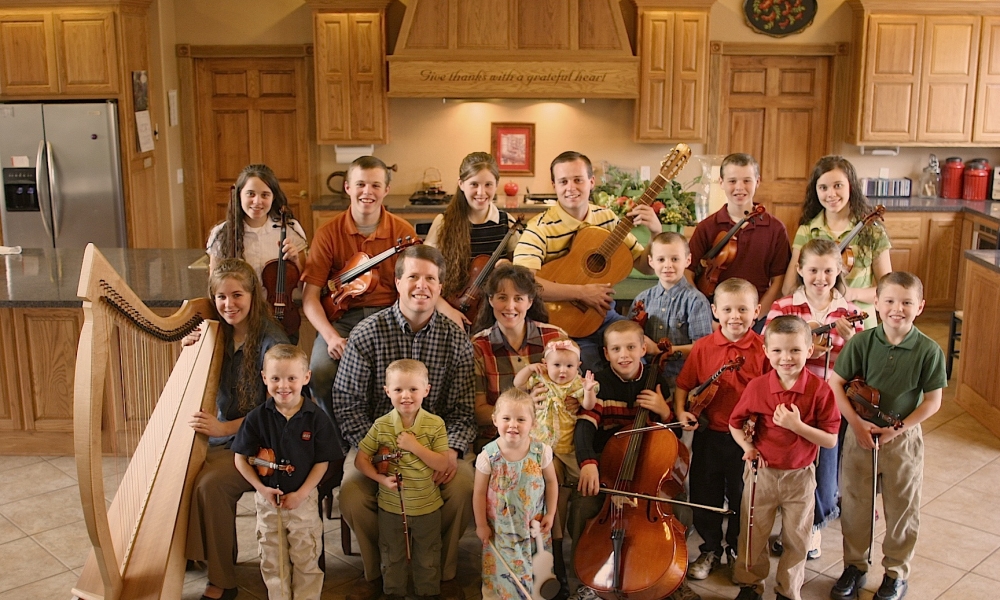 I hit a turning point in my life when I stopped being a religious fundamentalist.

When I say “religious fundamentalist” I’m not talking about the Westboro Baptist Church kind of fundamentalists, those people are whacked. I wanted to be more like the Duggar family (which some would argue are pretty whacked too).

I learned about this guy named Jesus when I was 17. I was a sad sack of depression and teenaged angst, so when I heard about this dude that claimed to be God and he seemed pretty legit, I felt hope for the first time in years and clung to him like a barnacle clings to a boat.

Fast forward 15 years, a move halfway across the country, seven broken hearts, and heavy partying and I craved some stability. I wanted someone or something to keep me in line. I tried following all the rules of how to be a good Christian, but felt kind of lost in my efforts. Eventually, I noticed these families at church that had their lives structured. They homeschooled their 46 kids and seemed so full of joy. I wanted to be them. They had it goin’ on.

So I figured if I wanted to be a good Christian then I needed to look like these families, like the Duggars. You know how all the girl Duggars wear skirts and have long hair and they’re all homeschooled and proper? Well, I wanted to be like that. I wanted to perm my hair and sing songs about Jesus on my bus, instead of 99 Bottles of Beer on the Wall, with my quiver-full of kids, the oldest of which, would strum the guitar.

The problem with that quiver-full part was that my husband was never on board for that kind of nonsense, not to mention I was barren. Okay, we don’t know if I’m technically barren, but we’ve adopted three kids and it’s not like we’ve never tried. But I really thought these were the kind of people God really loved and wanted me to be like. I thought if I was a good rule-following person then I was in with God like Flynn (or is it Flint?).

When I saw these families dressed up at church on Sunday mornings (minus a dozen or so kids), I thought, “They’re so holy and good. They must know Jesus really well. And here I am, wearing khaki pants. Pants!” I started to dress up so I could be holy and good and be close to God and so he’d really love me too. At the same time, I believed that every move I made was a lever to make God happy with me or angry with me. The god I knew was totally dependent on me.

One of the many problems with this way of living was that I was miserable. But I never wanted to admit that the way to Jesus was miserable. So I faked it. That made me more miserable.

I’ve never been a dress-wearing person who has their kids sitting quietly next to them in church drawing pictures of Jesus. I’m a jeans-wearing, church-going, sit around laughing about farts, never letting my kids near a church service because they’d either be rolling in the aisles (not for spiritual reasons), talking loudly, whining, or most likely, fighting throughout the experience, kind of person.

So if being like the Duggars was the way to Jesus, I just couldn’t do it. It just didn’t feel right, at least for me.

I stopped listening to those Duggar-like families and started listening to the still, small voice inside me. I began to think of God, not as the big guy looking down on me waiting to rap my knuckles for one of my infringements, but as this awesome Someone who could see into the deepest, darkest part of my heart and still fully love and accept me. I began to see God as someone who wanted to see me enjoy life, to laugh at it, and to even poke fun at it.

It was also about that time that my writing improved. I wasn’t censoring my writing anymore, stifled by thoughts of, “Is this the proper thing to write? Would Jim Bob approve?” My writing became more honest. And the humor I had pushed down, and only shared with a few people, finally came out on the paper and to many more around me.

Leaving that way of life was a major turning point for me. I stopped thinking about rules, and living “properly,” and grew deeper in love with the man named Jesus. And it turns out, I’m okay with having just three kids.

Kate Hall writes at Can I Get Another Bottle of Whine with My Morning Quiet Time? She writes jokes on Twitter (@KateWhineHall) as well as Facebook.