Confessions Of An Evolving Baptist – By Nathan Hale 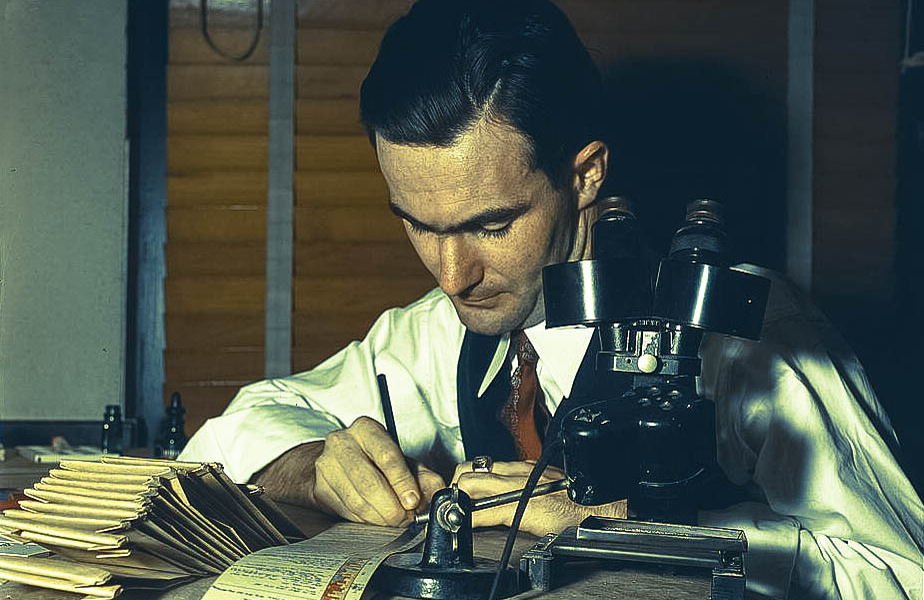 I will never forget the shock and confusion in my wife’s voice when I told her that I believed in evolution. I wasn’t ready to come out of the closet quite yet, but secret conversations about my belief in evolution were on the verge of being exposed and I knew I had to confess before she found out from someone else.

I could tell implications of such a statement passed like a whirlwind through her mind. She knew I had been struggling with the church and my faith for quite some time – but this?

I had not talked to her about it before. I was embarrassed and scared. How did I explain that it took embracing evolution before I found a faith that was real and meaningful?

I’m not interested in debating the specifics on why I’ve come to believe in evolution. I’m happy to talk about it, but it’s really not that important actually. The more important question is how I found my footing in the aftermath.

I suddenly found myself dangling on the edge of the cliff holding on with one hand that was slipping. I could feel the crossroad quickly approaching – do I choose science or my faith?

Many Christians would point to my example as evidence of the damaging influence of secular science on the faith of believers. I don’t think so – at all.

In the midst of the chaos I stopped and asked myself a simple question – who said I had to choose and why?

I was surprised at some things I learned but it didn’t take long to uncover one truth – I do not have to choose.

I’ve been presented with (or perhaps internalized) a false dichotomy.

There has always been some level of tension. In the past however, this tension served to advance dialogue and promote thinking among both scientists and theologians.

What surprised me the most was learning the conflict between these seemingly opposing worldviews is a relatively recent one – the unholy progeny of the more recent culture war between Atheists and Christians.

Evolution has become a philosophical sword wielded by Atheists to strike at the heart of Christian truth claims. Christians on the other hand, have launched a counter offensive by emphasizing a literal reading of the scripture and developing their own scientific explanations for the biblical accounts of creation.

A long, complex, and mutually beneficial dialogue between science and religion reduced to an overly simplistic philosophical choice – a false dichotomy perpetuated.

I’m not buying it.

Being confronted with evolution may have been the catalyst for asking the difficult questions, but the real problem for me was not evolution – it was biblical literalism.

It was the attempts to read science back into the Bible and the ultimatum of believing the Bible is either entirely true or entirely false. That’s a damaging position I contend and has created as many Atheists/Agnostics as it has converts.

I have hurt some feelings with this statement in the past but I think my comments are largely misunderstood.

I’m not attempting to cast doubt on the authority of scripture – it’s simply a plea to better understand the complexity and richness of the text.

I believe the Bible is truth in what is teaches and is the primary authority for guiding the Christian life. In that sense I believe scripture is inerrant.

At the same time I also appreciate the complexity and origins of the text. The Bible is a complex library of history, law, poetry, wisdom, gospel, epistles, and apocalyptic literature – but it was written in a time, place, culture, and language that is not ours.

Those realities should be considered when reading the text.

Does that make it less relevant? No.

To appreciate the complexities of the text is not an insult to God or the Bible – quite the contrary. For me it fosters a deeper desire to understand and appreciate both.

I’ve come to realize there is another path on the crossroads of having to choose between science and faith. The path is less traveled and overgrown. It’s a path full of briars and thistles growing outward from the two more clear paths. It’s a difficult path to pass but an important one. A path that attempts to reconcile these seemingly opposing worldviews – the path I had to travel.

Reconciling evolution with my faith and gaining a better understanding of the Bible allowed me to grab the cliff’s edge with my second hand and pull myself to the top.

For reasons most will never understand that’s what it took for me to find a real, meaningful faith.

For the most part I’ve been content to keep my journey to myself. However, I recently had a moment of clarity during a very spirit filled communion service.

Even by conservative standards – the issue is not central to salvation.

It certainly poses some challenges and requires a thorough reading of the scriptures and some deep thought. But shouldn’t we be doing that anyway?

Why then, are we continually perpetuating the notion of having to choose between science and religion? Why is the utterance of the “E” word in Christian circles immediately met with condemnation and judgment? Why am I scared and embarrassed to talk openly about it?

I’ve come to realize that if I’m not open about my journey then I’m perpetuating a problem that almost caused me to let go of the cliff’s edge – and for no good reason.

Nathan is the husband to a beautiful wife, father to three wonderful children, researcher, teacher, and occasional writer/blogger. He can be found on Twitter at @evolvingbaptist.