Jesus Had A Wife? 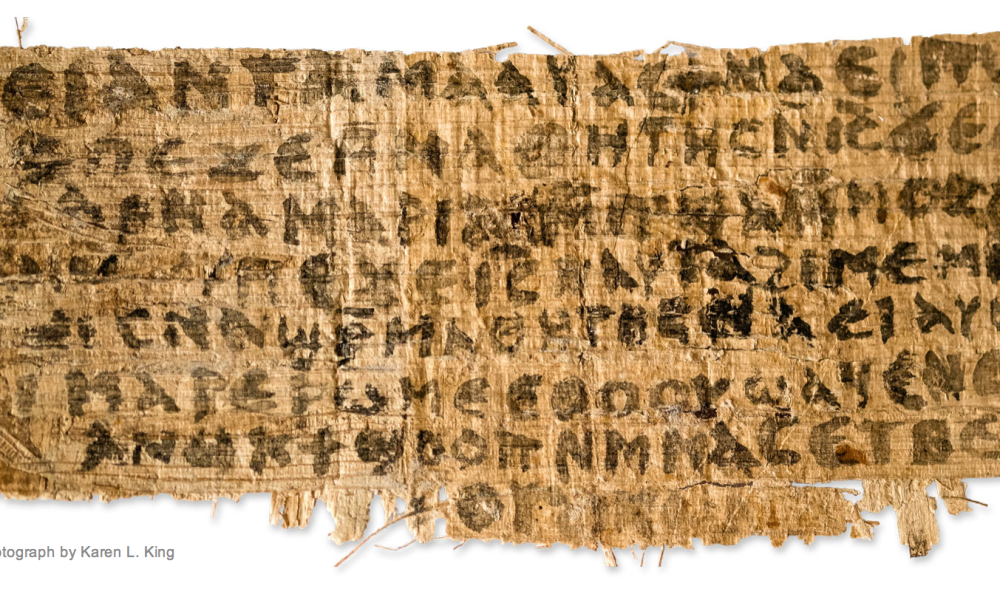 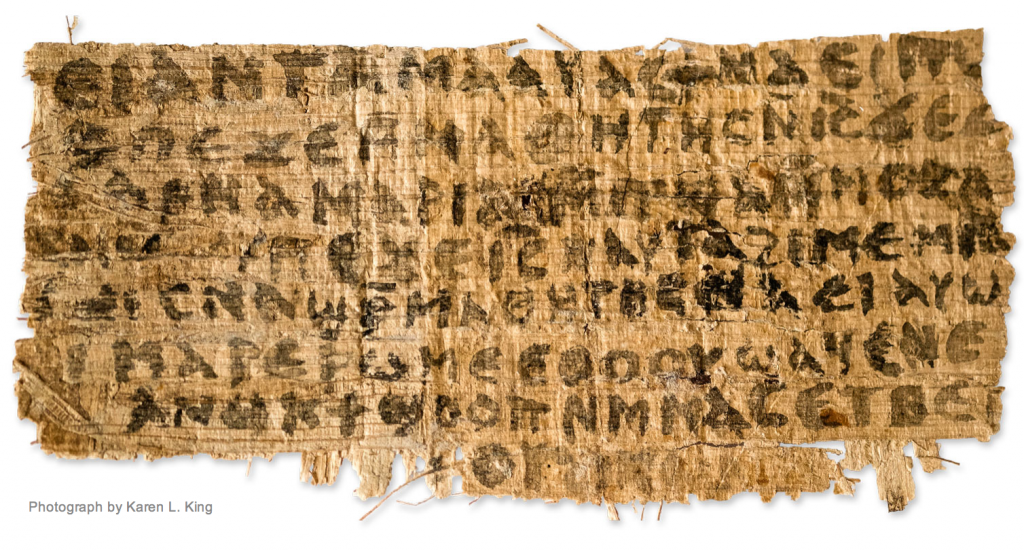 Jesus had a wife?

According to a recently released scrap of ancient papyrus, some think that might be more of a possibility than ever.

But before we go moving The Da Vinci Code

to the non-fiction section of the library, I thought it would be worth taking a moment to step back from any ensuing Jesus wife madness and call attention to a few important details about this issue.

To begin, the papyrus scrap in question dates (probably, its precise date has not been confirmed) to the 4th century. For the sake of the argument let’s assume that dating is correct. Personally, I’m sure it probably is. A scholar like Dr. King wouldn’t come forward with evidence like this if she wasn’t fairly confident about her dating of the piece.

However, if the dating is correct, that places the writing of the papyrus some 300 years after Jesus was alive.

This issue of authority was important in the collecting of what came to be known as the New Testament.

Were there other “gospels” and Christian writings being produced in the first couple of centuries after Jesus? Absolutely, but texts like the Gospel of Thomas weren’t excluded because of some paranoid, power hungry conspiracy on the part of the church. They were excluded for a number of reasons including theology, authorship, and use in the early church. In the case of the Gospel of Thomas it was excluded because it had gnostic undertones and offered no account of Jesus’ crucifixion and resurrection.

Additionally, and this is a really key point, the apostolic authority of such documents was of crucial importance for the early church. It wasn’t simply what was being said, but whether or not those words, ideas, and the information in them could be directly connected, and therefore confirmed, to one of the apostles or their students. It wasn’t the words or ideas that were authoritative, so much as who said them. In other words, the fact that the apostles (or Jesus) uttered the words made them authoritative.

This testing of apostolic authenticity took place in the first century or so after Jesus because the actual witnesses or at least their students, family, and friends were still alive to confirm the various accounts and teaching. And by the end of the 2nd century we had definitive (but not affirmed by a formal church council) lists from early church fathers of the writings that now comprise the New Testament

Now, that was definitely a trickier process than it might sound, but it does mean that the texts which were eventually cast aside were cast aside because those who were “in the know” didn’t think those cast aside texts accurately reflected what they knew to be true (though some texts, such as 1 Clement, were in wide use because they did contain “true” teachings, but lacked apostolic authority).

All that to say, the reason this newly discovered papyrus is so rare is, in large part, because the information it contains wasn’t considered to be true by the people who were in a much better position than we are today to know whether or not they are true.

Now, before you go thinking there was some Da Vinci Code conspiracy to cover up Jesus’ supposed marriage in a effort to maintain some sort of theological or ecclesiastical position, let me bring up another critical point.

The apostle Paul was single and he wasn’t a big fan of marriage.

In 1 Corinthians 7:8-9 he says it’s better to stay unmarried, but if a person was burning with passion (not a positive thing), then they could get married so that they didn’t fall into sin.

Maybe Paul was just mad because he didn’t have a lady friend and wanted others to “suffer” with him. More likely, however, Paul was single because his Lord was single and above all Paul (like all the early church saints) tried to live a life as closely resembling Jesus’ life as possible.

Not the sort of etherial, metaphysical way we talk about “living like Jesus” today by which most of us just mean “be a nice person.”

But, just for the sake of argument, let’s assume Paul’s decision to not get married was his own. Even if that was the case he would never have spoken negatively, even in the slightest way, about marriage if the one he called Lord had been married. Rather, he would have been quite emphatic about the fact that everyone should be married because it would have been yet another way to be more like Jesus.

Paul’s idea that it would be better for the follower of Jesus to stay unmarried should speak volumes about whether or not Jesus was married.

Likewise, any suggestion about Jesus possibly having a wife also has to get around, what is for me, the insurmountable problem of the Gospels.

Simply put, there is not mention of Jesus having a wife.

We don’t because Jesus’ life was the rule of faith for the early church. Everything he did was normative for them. If he had been married, that too would have been normative and would have been mentioned in the gospels.

But, let’s just say for the sake of the discussion that Jesus was married.

What implications would that have for the Christian faith?

The answer, (if you’re not a priest) not many.

Jesus didn’t condemn marriage, so it wouldn’t be hypocritical.

Marriage and the sex that comes with it isn’t a sin, so Jesus’ “perfect lamb” status wouldn’t be affected.

If anything, Jesus’ marriage would have been a wonderful example of what a healthy and holy marriage should look like. It would have shown us what it means to be the perfect spouse (and maybe even the perfect parent).

But the example isn’t there.

There is no credible evidence or reasonable argument based on the evidence we have that Jesus was married and a piece of papyrus written 300+ years after the fact doesn’t change that.

But even if he was, it wouldn’t change a thing.