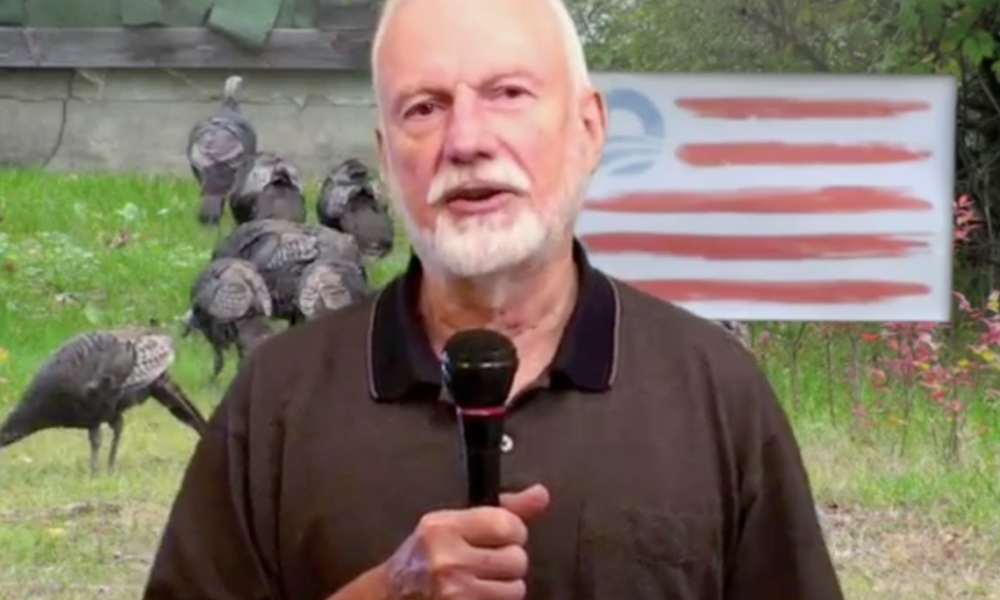 Seriously, if you’re not familiar with him, you owe it to yourself to stop what you’re doing and spend the rest of your day watching all of his amazing “prophetic” videos….especially the ones in which he sings his own original compositions.

Anyway, in what is by far the shortest video of his YouTube prophet career (a mere 1:20), William Tapley, aka The Third Eagle of the Apocalypse and Co-Prophet of the End Times, explains why a new Obama campaign logo is in reality a satanic flag…..you know, because apparently all curved stripes that vaguely resemble a rainbow represent “the homosexual movement” which is, obviously, “satanic”.

Cause, you know, that makes sense.

Oh yeah, he’s also got wild turkeys running around in the background of this one, which I think just lends that much more credibility to his cause.

I assume they’re some sort of prophetic symbol I’m just not smart enough to understand.