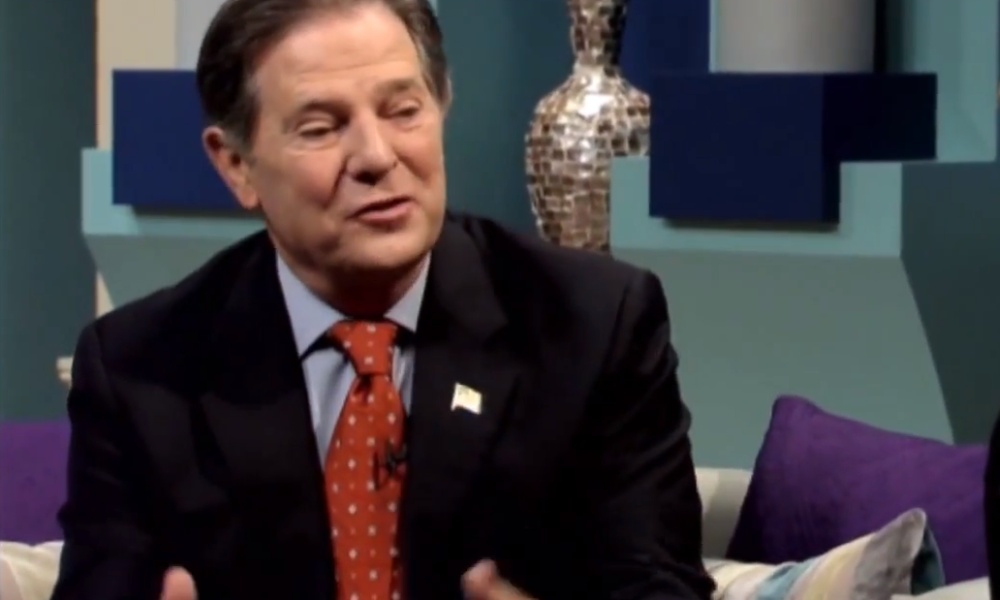 It’s not unusual to hear someone claim that America is a Christian nation.

But usually the people the long for a more intimate church-state relationship stop at that, claiming that we need to simply get back to the Christian principles they believe the country was founded on.

(Which, incidentally, it wasn’t. It was founded on Enlightenment principles, but I digress.)

What you don’t often hear is the claim of former Congressman Tom Delay.

According to the former Congressman, God, not the founding fathers, wrote the Constitution.

Before we just laugh off this claim for the absurd ridiculousness that it is, we should pause and remember why this sort of white washing (divine dousing?) of history is more than just ridiculous, it’s perverse, dangerous, and simply evil.

Just as when we long for the good ole days in the church – usually the edges of living memory, about 50 to 75 years ago – we forget that those glory days were also the days when the church was largely silent, if not altogether supportive of Jim Crow laws, when we start claiming that God wrote the Constitution we are left with an equally disgusting proposition.

If God wrote the Constitution, then God is the author of Article 1, Section 2, Paragraph 3.

Also known as the Three-Fifths Compromise.

Representatives and direct Taxes shall be apportioned among the several States which may be included within this Union, according to their respective Numbers, which shall be determined by adding to the whole Number of free Persons, including those bound to Service for a Term of Years, and excluding Indians not taxed, three fifths of all other Persons.

So, either God is an incredible racist who thought the racism of the American slave trade was worth enshrining for all time or Tom Delay has gone off his patriotic rocker.

Were some of the founding fathers Christians?

But you know what else they were?

So, Mr. DeLay (and anyone who happens to agree with his revisionist version of history), the next time you feel the urge to rant about America being founded as a Christian nation, please pause and consider what you’re proposing.

Because as wonderful as you think a nation founded on Christian principles might be, what you’re really claiming is that racism, slavery, and valuing certain people as three-fifths or a person are all Christian values.