The Single Greatest Challenge To Christianity 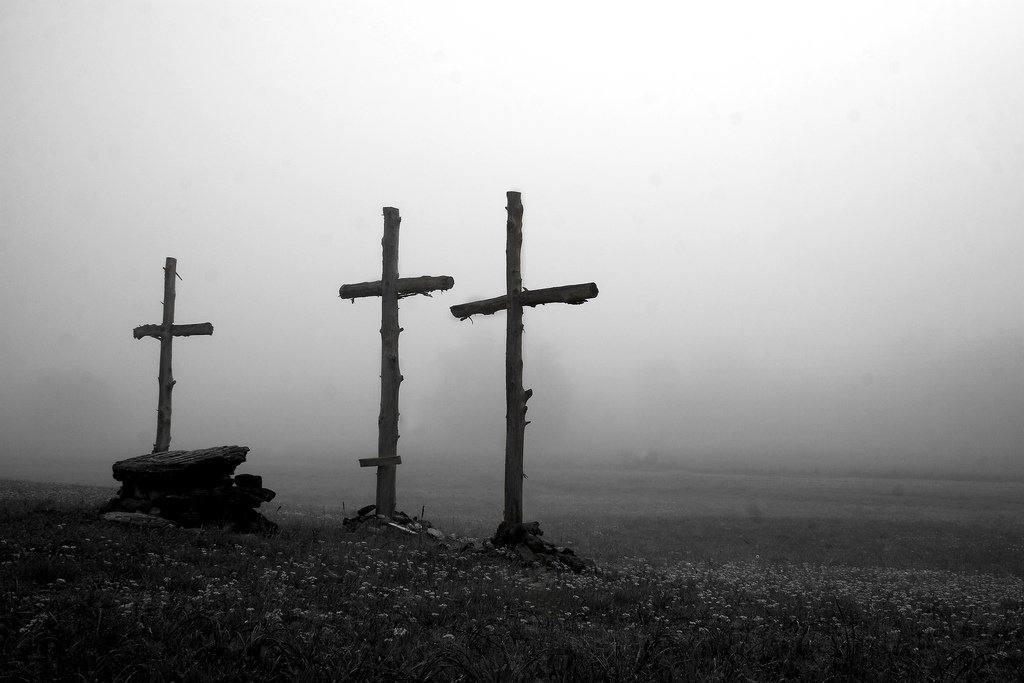 Christianity seems to be in a state of crisis these days.

From the fleeing of millennials to debates over same-sex marriage to Pat Robertson, the Christian faith is not without its challenges.

But what is the single greatest challenge to Christianity today?

Despite the ravings of folks like Ken Ham and Richard Dawkins, it’s not science.

Nor is it fundamentalism in general, no matter how frustrating or appalling it might be.

The church is filled with hypocrisy, which certainly undermines our integrity, but hypocrisy is not our gravest threat.

And even though it fills headlines and offers plenty of fodder for folks proclaiming an impending apocalypse, same-sex marriage does not pose an existential threat to the faith.

No, the single greatest challenge to Christianity is the same great challenge we’ve always faced: the proclamation of a good and loving Creator in the face of a creation filled with so much evil.

No matter what we do to combat it, evil only ever seems to increase, never diminish. While, to the critical eye, God appears either disinterested or incapable of doing anything about it.

That is, if God exists at all.

To be fair, when we closely examine the problem of evil, we have to admit that a great deal of responsibility lies at our own feet. Nevertheless, the world is filled with needless suffering that one would presume a good and loving God could eradicate without impinging on our cherished free will.

So why doesn’t God act?

Or if God does act, why the hell isn’t God doing more?

It’s all too easy to dismiss the severity of this issue while sitting behind a glowing MacBook, sipping on a Venti Frappuchino at Starbucks. Blessed that we are to live in the relative safety and undeniable comfort of the United States, it’s easy to consider what theologians call theodicy as little more than a philosophical problem.

Or an issue of faith that simply requires more trust on the part of the believer.

Unfortunately, that sort of approach only makes matters worse.

For, when we tell those who suffer that their pain is part of God’s plan, we only ever compound the problem of evil. We don’t resolve it.

Moreover, I think this sort of casual dismissal of the problem of pain is ultimately at the heart of those headlines proclaiming the imminent death of the church.

Because when we make the gospel merely about a momentary intellectual decision and agreement to a list of beliefs, while treating the evil of this world as a secondary issue, we make the gospel irrelevant. Which is why it should come as no surprise to see a socially conscious generation fleeing a church more interested in being right than addressing the immense suffering right outside its doorstep.

To put it another way, it’s incredibly difficult for many people to believe in a God who promises to heal pain in heaven, when nothing is being done to alleviate suffering and injustice in the here and now.

Which is why I’m sure it’s no coincidence that Job is the oldest book in the Bible.

After all, why go any further down the path of discipleship if this God we’re supposed to worship is incapable of or disinterested in dealing with evil?

Or worse, if that God is the source of evil in the world.

If that ancient book has anything to teach us today, I think it’s that there is no easy answer to the problem of evil and maybe no answer at all this side of eternity. Because while Job does have his life restored, no reason is ever given for why a good and loving Creator allowed His creation to suffer.

Nevertheless, our inability to resolve this most fundamental challenge to faith doesn’t mean we can’t or shouldn’t engage the problem of evil.

In fact, we must respond, not simply for our own intellectual credibility, but because real people are really suffering.

Which is why our response to the problem of evil can’t be merely philosophical. It can start there, but if it remains in the realm of abstract debate, we diminish the seriousness of the issue at hand.

For, if nothing else, the problem of evil is an imminently practical issue.

And as such it requires a practical response.

As Christians, our response to evil is found in the life, death, and resurrection of Jesus of Nazareth.

In the life of Jesus we see a God who took on flesh because that God takes the problem of a suffering creation seriously. In the cross we see a God who doesn’t ignore the cries of His people, but confronts them head on, making their pain his own. And in the resurrection we witness the dawn of a new creation and the beginning of God’s victory over evil.

As Christians, these are not merely theological musings.

They are a call to a particular, difficult, but hope filled way of life.

The incarnation forces us to confront evil in the here and now, rather than ignore it until eternity. The cross calls us to stand beside and be willing to suffer with those in pain. And the resurrection empowers us to become the agents of God’s new creation by embodying the hope, healing, and justice of the dawning kingdom on earth, just as it is in heaven.

Now, don’t get me wrong.

This is no elegant solution to the problem of evil. We can be the perfect embodiment of love and hope we are called to be and yet evil will nevertheless continue to exist.

It’s that frustrating reality that torments me with doubt, not just about the goodness or power of God, but whether God exists at all.

Of course, I’m not alone in that.

God’s people across the centuries have cried out with the psalmist, “My God, my God, why have you forsaken me?”

And yet for some reason some of us continue to believe in spite of all our doubts.

In spite of all the evil we see around us.

To be honest, sometimes I don’t know. And I certainly can’t speak for everyone who continues to believe in the face of evil, but I think many of us cling to our faith because in spite of all the suffering we see around us (and experience ourselves), we also see the good news incarnated all around us, both in our lives and in the lives of others.

The moments may be more few and far between than we would like, but we’ve seen broken lives restored. We’ve witness peace restored to the grieving. And we’ve watched the dam being breached and justice rolling down like water.

If only for a passing moment, we have been witnesses to these sacred moments.

We’ve caught glimpses of the resurrection and we want to incarnate those moments in our own lives for the sake of others.

Because without those glimpses there is no hope.

There is no healing.

There is no love.

And without those glimpses, the answer to the problem of evil becomes quite simple.

There is no God.

Or if there is, it’s not a God worth worshiping.