The Difference Between Faith And Denial 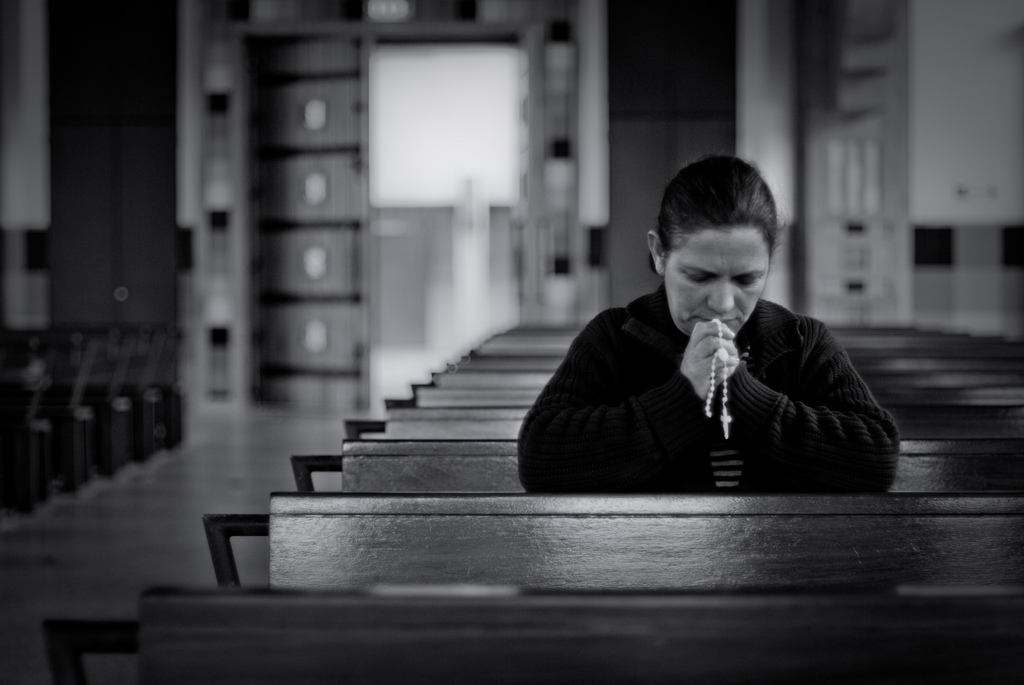 I remember watching the first plane hit those Towers not so long ago.

“It had to be an accident,” I thought to myself.

But then another plane hit another Tower and I knew it had to be something worse, something far more nefarious.

As I watched the towers burn and worried about the people trapped inside, I couldn’t keep my mind from wandering and wondering about how they would one day go about repairing the damage that loomed so high up in the sky.

And then the first tower fell.

As I stood there speechless and heartbroken over the lives that had been snuffed out, my mind began to wander again and I started to imagine a New York skyline that was missing one of its Twins.

And then the unimaginable happen.

I remember thinking to myself, “How could that have just happened? How could those two mighty towers be razed to the ground by two metal birds?”

The damage seemed too minimal, the hole too high to topple, the fall too neat.

And so my mind began to wander once more.

But this time I wasn’t alone with my thoughts.

That morning in September gave birth to an entire movement of people who believe that they know the real truth. They know there was a cover-up. They know the government was involved. They know planes can’t take down buildings by themselves. And they know buildings just don’t fall straight down on their own.

In those first few frightening months after 9/11 it was hard not to think that maybe those folks were right.

Maybe there was more to the story.

After all, I’m not a structural engineer. I don’t really know what causes buildings to collapse or how they fall when there’s a structural failure.

So, I decided to turn to the experts for answers. People who spend their entire lives studying and researching this sort of thing. People who know a heck of a lot more than me about physics and the science of building stuff. People whom God has gifted with wisdom in these sorts of matters.

As it turns out, the damage wasn’t too minimal, the hole wasn’t too high, and the fall really wasn’t that neat at all.

Unfortunately, even though the folks at Popular Mechanics and countless others did a thorough job of utterly debunking the claims of 9/11 Truthers, that did little to persuade the conspiracy theorists to abandon their quixotic quest.

They were committed deniers and no amount of facts, nor the glaring light of common sense would dissuade them from what they knew to be true.

Of course, they’re not alone on the island of denial.

Despite overwhelming evidence and hard science, countless people still deny that Oswald killed Kennedy or that NASA landed on the moon or that climate change is real.

From the ridiculous (the earth is flat) to the horrendous (the holocaust never happened), the world is filled with folks who, for whatever reason, simply refuse to accept the truth.

And that includes the church.

Sadly, the church is filled with deniers of all stripes.

From the rejection of evolution to the embrace of biblical inerrancy, we seem to be convinced that denying history, science, and the obvious is some sort of spiritual gift.

Of course, some will claim that faith itself is simply denial (particularly faith in God), but I think there are critical differences between the two that all of us, but especially those of us in the church, would do well to remember.

Faith embraces the reality of the world even as it casts its gaze beyond to something deeper, while denial rejects the provable as it attempts to cast willful ignorance as some sort of noble virtue in the face of persecution.

But there is no virtue in denial.

Nothing noble about choosing naiveté over expertise.

Nothing holy about denying the obvious in the name of faith.

You see, the irony here is that faith isn’t blind.

Faith accepts the expertise of others, while trying to make sense of what they reveal in light of what lies beyond the here and now. Denial is enslaved to its own arrogance and willfully blinds itself to the truth, intentionally rejecting anything and everything that doesn’t conform to its already predetermined conclusions.

Which leads us to another important difference between faith and denial.

Faith makes room for doubt, but denial does not.

In fact, denial goes out of its way to shame those who lack surety or, worse, those who disagree.

Armed with the confidence that it already knows the truth, denial has no tolerance for doubt and no ability to admit even the possibility of being wrong. No amount of scientific evidence, historical discovery, or scholarly insight will ever make a difference to those who have chosen denial in pursuit of blind ideology.

Which leads us to our final fundamental difference between faith and denial.

A strong faith can admit, not only that it doesn’t know everything, but that it can actually be wrong from time to time. It certainly possesses confidence in the things it believes, but it lacks the sort of arrogant stubbornness of denial that refuses to change even when the Spirit moves and opens our eyes to new truths about the world we live in and the people in it.

Humility gives faith the flexibility it needs to imagine a new and better world for all.

Without that humility, the rigidity of denial only ever wrecks the world and the lives of those living in it.

Which is why when we live in denial about things like the reality of evolution, the truth that gay folks don’t choose to be gay, or the fact that the Bible isn’t perfect, we do no favors for the church.

In fact, we stand in the way of the gospel.

When we live in denial of reality, we’re not standing boldly like a city on a hill proclaiming the truth to all.

We’re standing like a fool on an island flipping the bird to the rest of the world.