Why Was Jesus Baptized? (Or Why Baptizing Infants Isn’t Heresy) 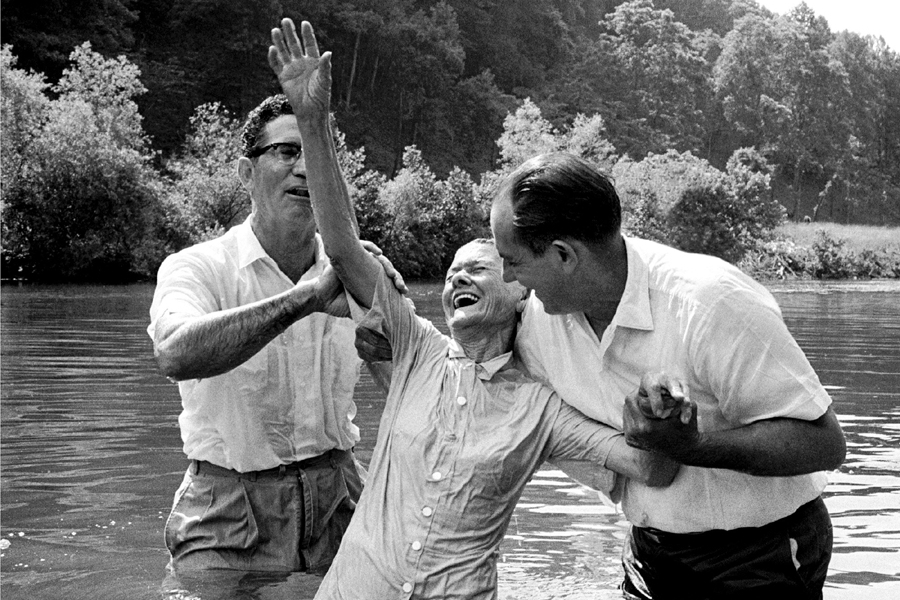 Classes started up again for me this week, yesterday to be specific.

One of the classes I attended yesterday is called Reformation Europe. It’s a look at the various reformations (because there was more than one) that went on during this period in the life of the church, as well as the state.

During his lecture, the professor made an offhand comment that I found to be rather interesting. Apparently during this time it was required by law (because the church and state were effectively one and the same) for all newborn babies to be baptized.

As Epiphany Sunday was just a couple of weeks ago, this random fact got me to thinking.

My first thought was about how so many evangelicals would be appalled that infants were being baptized, after all, isn’t baptism a sort of confession of faith and how can newborn babies confess their decision to accept Jesus as their personal Lord and Savior?

Well, that got me to thinking some more.

As you might recall from Epiphany Sunday, or if your church still suffers from a Reformation hangover and the church calendar isn’t observed, then you might remember this from the Gospels – Jesus was baptized.

I’m not sure many of us give this event much thought.

Jesus was baptized. We’re Christians, so we get baptized too. What’s the big deal?

I would argue, it’s a huge deal, particularly for the broadly held Protestant/Evangelical understanding of baptism.

However, both of these approaches become hugely problematic when we look at Jesus’ own baptism.

On the one hand, it makes no sense to say that Jesus went down to the Jordan to be baptized by John as an act of confession whereby he was testifying to the world that he had finally (remember he was about 30 at this point) come to accept himself as his personal Lord as Jesus.

The other option would force us to argue that Jesus visited John by the riverside as part of an act of repentance for his own sins. It goes without saying that “Jesus the sinner” is, well, less than ideal for some of the most fundamental tenets of the Christian faith.

Worse yet, both of these options have the tendency to transform baptism from a sacrament focused on God into a celebration of us and our decision making ability.

Fortunately, there is a third option, one which is affirmed by those who continue to practice infant baptism (including many Protestants), but is inexplicably ignored by the vast majority of Evangelicals (no doubt due to that aforementioned Reformation hangover).

Jesus was baptized because he was being set apart by God to preach the Good News and bring the Kingdom of God to earth, just as it is in heaven.

When, towards the end of the gospel story, Jesus tells his disciples to go to the ends of the earth, making disciples and baptizing them in the name of the Father, Son, and Holy Spirit, that act of baptism, like his own, isn’t simply for “the remission of sins,” nor is it being performed merely as a profession of faith.

Jesus command to the disciples to baptize the nations was a call to set more people apart, to make those people into disciples themselves so that they too could go preach the Good News and bring the Kingdom of God to earth, just as it is in heaven.

In other words, like Jesus in our baptism we too are being set apart by God to be His hands and feet in the world.

Now, this doesn’t mean there is necessarily something intrinsically wrong with attaching confession, profession, and repentance to our own baptism. There’s not.

But if Jesus is going to be our model in this as he is (or is supposed to be) in every other area of life, then the lesson of Jesus’ baptism is rather simple – there’s no need to get so upset about infant baptism.

It’s something to be celebrated.

What’s more, when the focus of baptism is the act of setting apart by God, then God is, as God always should be, the focus of the sacrament.

So, while I know this plea is probably in vain, as Evangelicals can we please grab a cup of coffee, get over our Reformation hangover, abandon our anti-Catholic bigotry, and if we can’t find the humility to start baptizing our infants, let’s at least stop thinking those that do are somehow the heretical or ignorant ones.