What Happens When You Cross The History Channel With SNL? 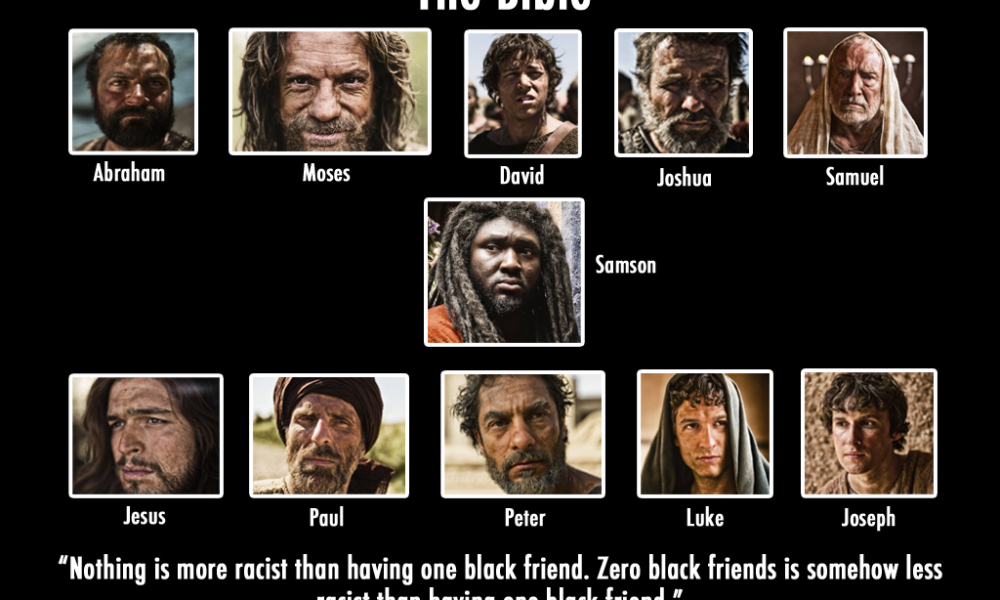 A couple of weeks ago I wrote a post based on the trailers History was using to promote the show and made the point that, though subtle, there is a highly problematic racism going on in the casting of this series wherein history is whitewashed as virtually all the heroes, good guys, and not least of all the savior, are white guys.

This past weekend Kevin Hart hosted Saturday Night Live. While it was a particularly good episode, the “Really!?! with Seth & Kevin” segment during Weekend Update did have some pretty funny lines. Coincidently, (or was it Providence?) they talked about racism.

Using the character photo gallery from The Bible Series website, which posts the main characters from the series along with a few minor ones that I had to leave out for the sake of space, I came up with the following.

Now, for the sake of full disclosure, there was one other character listed that was played by a black actor, the role of Balthazar. However, as the point I was originally making was that the lead characters, i.e. the heroes/saviors, in this program are all white, the casting of the minor characters isn’t relevant.

Anyway, I just wanted to offer something to think about as much of the evangelical world celebrates the fact that the Bible is on TV.