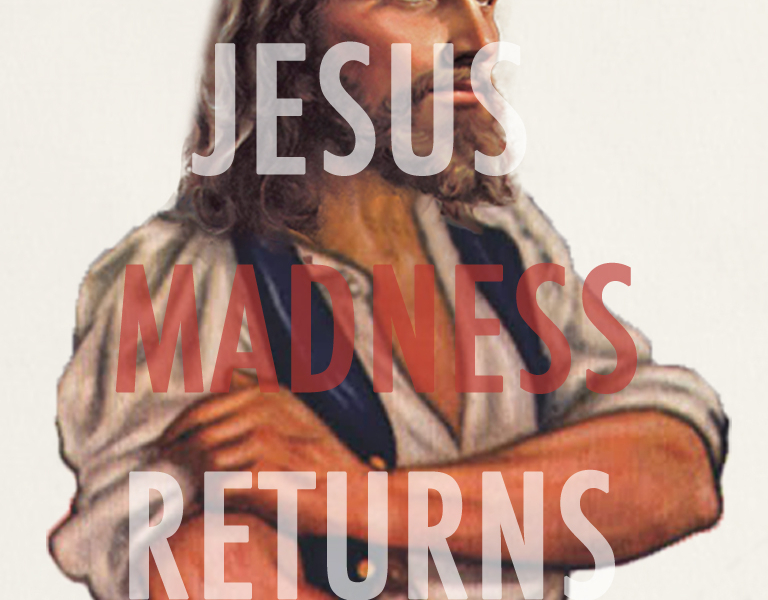 And you know what that means….

That’s right, we’re only 18 days away from the start of the 3rd annual American Jesus Madness tournament!!

If you’re not familiar with this epic battle royale of American Christianity, it’s really simple….

It works just like the NCAA Tournament, but instead of basketball teams I use famous Christians and famous Christian things. I seed those people and things and then you vote on a winner.

What are you voting on? Well that’s up to you.

Last year was a record year. Over 75,000 votes were cast in the tournament and we saw Tim Tebow narrowly defeat Rachel Held Evans to be crowned champion of American Christianity for 2012.

This year, I’m hoping for even bigger and better things. And most of all, I’m hoping you join in the fun, especially if you haven’t done so before because, well, it’s just too much fun not to.

I’ll be announcing all the details next week. So stayed tuned to find out when, where, and how you can help crown the 2013 champion of American Christianity!!