Third Eagle Of The Apocalypse Outs Obama’s "Homosexual Past" 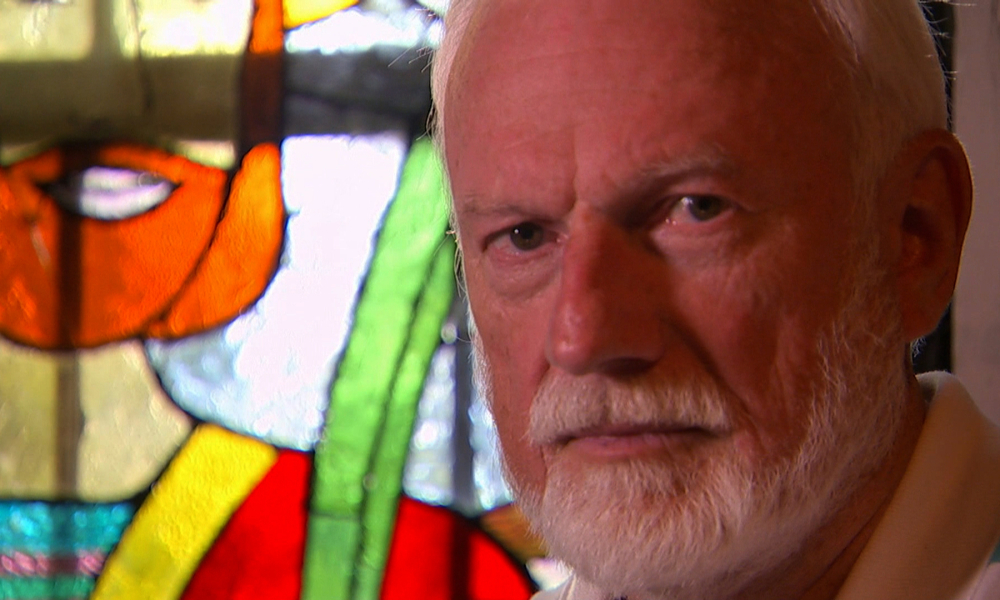 Unless you’ve been living under a rock for the past week, then you know about President Obama’s groundbreaking announcement that he supports gay marriage.

Well, naturally William Tapley, aka The Third Eagle of the Apocalypse, aka the Co-Prophet of the End Times, decided that he needed to weigh in on the subject.

According to Tapley, Obama’s support of gay marriage stems from a past, possibly incestuous, “homosexual encounter” which Tapley claims Obama describes in his poem “Pop”.

Because obviously that is the most rational conclusion one can make about a poem written by a teenage Obama about his grandfather.

Anyway, here’s Tapley’s exegesis of the poem followed by the text of the poem itself so you can decide for yourself what Obama “really meant”.

In either case, there should be no debate that William Tapley continues to earn his place on Anderson Cooper’s Ridiculist.

And here is the text of the poem in question….

Sitting in his seat, a seat broad and broken
In, sprinkled with ashes,
Pop switches channels, takes another
Shot of Seagrams, neat, and asks
What to do with me, a green young man
Who fails to consider the
Flim and flam of the world, since
Things have been easy for me;
I stare hard at his face, a stare
That deflects off his brow;
I’m sure he’s unaware of his
Dark, watery eyes, that
Glance in different directions,
And his slow, unwelcome twitches,
Fail to pass.
I listen, nod,
Listen, open, till I cling to his pale,
Beige T-shirt, yelling,
Yelling in his ears, that hang
With heavy lobes, but he’s still telling
His joke, so I ask why
He’s so unhappy, to which he replies…
But I don’t care anymore, cause
He took too damn long, and from
Under my seat, I pull out the
Mirror I’ve been saving; I’m laughing,
Laughing loud, the blood rushing from his face
To mine, as he grows small,
A spot in my brain, something
That may be squeezed out, like a
Watermelon seed between
Two fingers.
Pop takes another shot, neat,
Points out the same amber
Stain on his shorts that I’ve got on mine, and
Makes me smell his smell, coming
From me; he switches channels, recites an old poem
He wrote before his mother died,
Stands, shouts, and asks
For a hug, as I shink, my
Arms barely reaching around
His thick, oily neck, and his broad back; ‘cause
I see my face, framed within
Pop’s black-framed glasses
And know he’s laughing too.