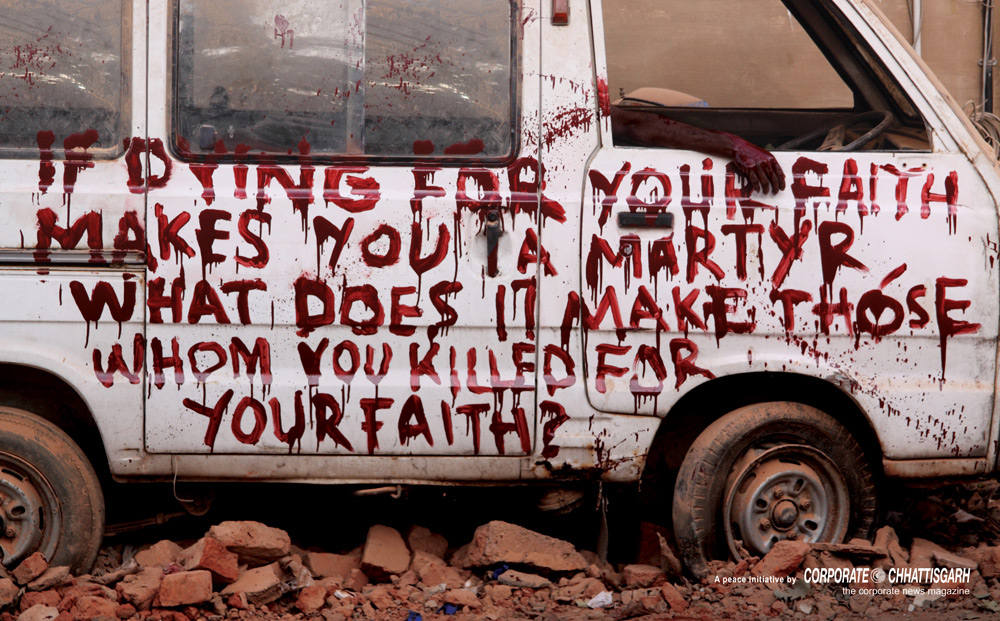 There is an epidemic in the church.

It’s infecting people on every level from the most obscure lay person to the biggest celebrity preacher.

It’s called “the martyr complex” and it’s more powerful and more contagious than anything the CDC has a vaccine for.

You can see it everywhere. Look no further than this CNN story about the reaction to Mark Driscoll’s new book on marriage. At the end of the post there is this quote from the Seattle pastor, “I will endure as much criticism as necessary to help as many people as I can.”

Despite the overwhelming consensus of the scientific community on the subject of evolution and affirmations of theologians dating back to St. Augustine of Hippo that Genesis 1 and 2 should not be read literally, people like Ken Ham and Albert Mohler position themselves as defenders of a creationist Alamo, the last stand between “true Christianity” and the invasion of atheists and secular humanism. Any critique of their position, particularly by people of faith, is portrayed as an attack on the Bible itself.

In my own tradition we have a group of “concerned” lay people who have made it their mission to create a list of “heresies” and “heretics”, people and teachings in the church that they have deemed “unorthodox” and therefore damnable. These people may have little or no theological training,  no position of authority in the church, and not actually attend a church in our denomination, but as members of the “royal priesthood of all believers” they feel entitled to say anything they want about anyone that want regardless of the consequences. They have been called by God for “such a time as this”. Any biblical exegesis or theological argument directed their way, no matter how lovingly it might be presented, is nothing short of an attack on them from Satan himself.

And, of course, you would be hard pressed to find anything anywhere who has not at least once in their lives been beaten over the head with the Bible by a righteous crusader of the faith convinced their understanding of the faith and interpretation of the Bible has been handed down to the directly from God. Disagree with these “missionaries” and they’ll “prayer for you”, then share their testimony at church the following Sunday about how they were “persecuted” for their faith that week.

In sum, this martyr complex is characterized by an unwillingness to listen to criticism while maintaining the unwavering conviction that what you are doing or saying, no how reprehensible it may be to everyone else, is in fact nothing less than your personal mission from God. Any attempt to treat this disease through rational critique or compassionate dialogue only reinforces the infected person’s sense of persecution and belief that they are a martyr for the true gospel.

As of yet there is no known cure for this disease.

There is but one form of radical treatment that offers any hope for this epidemic: humility.

However, this course of treatment is incredibly difficult, if not impossible, for most patients to complete, particularly if they have amassed a significant following.

Nonetheless, here it is:

Step 1: Admit that no matter how much you may believe something in your heart, there’s still a good chance you could be wrong.

The course of treatment often does not proceede beyond this step as most patients are convinced that their gut feeling is the voice of God and therefore trumps all else.

Step 2: Recognize that your reading of the Bible is not the only way to interpret Scripture and that in fact there could be multiple, equally valid ways to interpret the same passage.

Again, this step is all but impossible to complete as most martyr complex patients are convinced that there is such a thing as a “plain reading” of the Bible, free from bias and personal context.

Step 3: Give up the notion that you are the mouthpiece of God.

In order for this step to be completed, one must be willing to believe that God can speak through people they disagree with. Not an easy thing to do.

Step 4: Realize that “tough love” and “speaking the truth in love” are almost always lacking in love.

It’s really difficult to love people you really don’t agree with or can’t get along with. Since the patient is only halfway through treatment at this point simply not hating them, protesting them, or telling them they are going to hell is acceptable at this juncture.

Step 5: Accept the idea that people who look, think, act, smell, and talk differently than you are still capable of loving, worshiping, and following Jesus.

A lack of exposure to other cultures, both foreign and domestic, coupled with propaganda from both radio and television make this step particularly challenging.

Step 6: Listen to what others have to say.

Listening is the first real sign that humility is beginning to take hold. Make it this far and there is hope the treatment will take.

Step 7: Join hands with Christians from other traditions, affirming the reality that we are one body, but many parts.

This is where the proverbial rubber meets the road. Here is where real “church” happens, when people step out of their comfort zone to communally embrace each other and the Savior they all love. Careful though, complete this step and people may begin to like you, but of course not everyone will. So if you have an incurable, pathological need to be the object of scorn, being a humble Christian will still get plenty of hate directed your way.

Step 8: Live as if both the Bible and Jesus are far more interested in how you live, than your particular theological tradition…..because they are.

Without a doubt this is the most difficult step of them all because it’s not just a momentary step in the treatment; it’s an ongoing and never ending way of being in the world. But fear not! If you’ve come this far it means you’re part of a community that is standing by ready to support you through every step of your journey to remission. They’re by no means perfect, but if you’re willing to accept the love, support, correction, and grace they have to offer there is hope that one day you will be cured.

If there is an infection of the martyr complex in your community of faith, then please share this with someone in need. However, make sure you do so with love and humility, otherwise this infectious disease will claim you too!