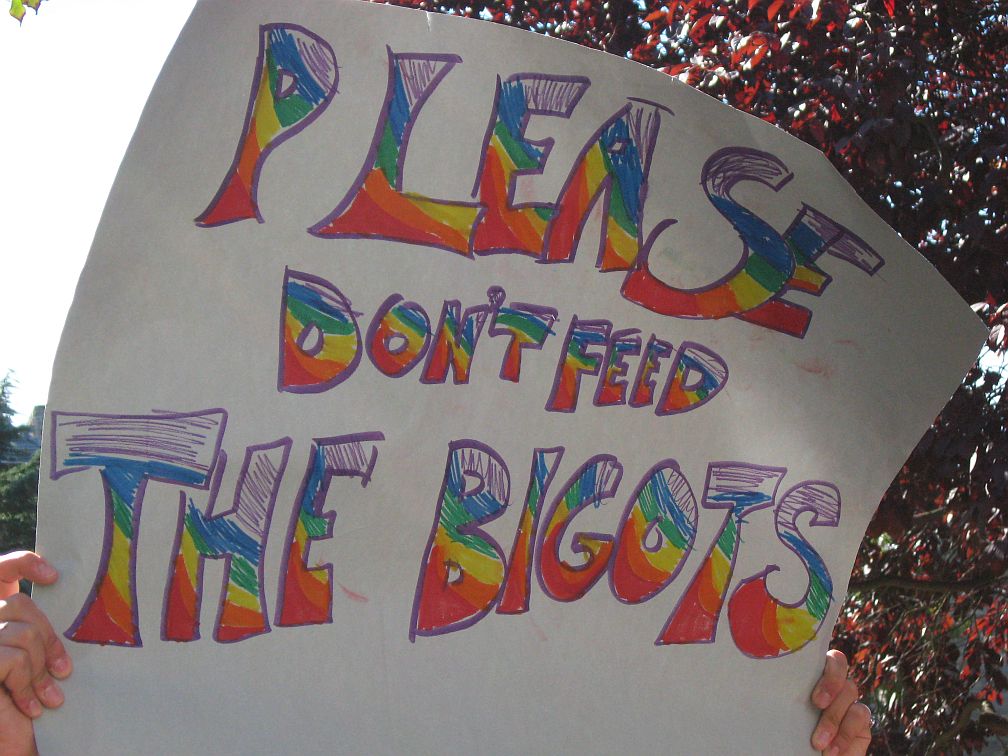 I did something Saturday night that I’m not proud of.

Something I never thought even in my wildest dreams I would ever be capable of.

I changed the channel away from a NFL playoff game and tuned into the Republican debate.

Now, in my defense the Lions-Saints game was starting to get a little out of hand. Furthermore, I would like to pass some of the blame onto my beloved Tennessee Titans. Had they not failed to make the playoffs I would have either been A) celebrating a playoff win and drenching myself in postgame analysis or B) (more likely) sulking in silence on my couch mourning their loss. So, without either of those things to do I tuned to the Republican debate.

I was curious. Up until Saturday night I hadn’t really paid much attention to anything the candidates were saying. Why? Because despite what you may want to believe my vote, your vote, and the votes of anyone else who doesn’t live in Iowa, New Hampshire, South Carolina, or Florida are completely and utterly irrelevant. The Democratic nominee is a foregone conclusion and the Republican nominee will have been selected via the process of elimination (i.e. other candidates “suspending” their campaign”) before I or anyone else in the great state of Tennessee get the chance to cast our ballot.

Nevertheless I was, once again,curious as to what these would be leaders of the free world had to say.

So what did I learn from this less than epic debate? Everybody’s a bigot.

That’s not a shot at the Republican candidates. When I say “everybody” I literally mean everybody. You, me, the barista at Starbucks, the kid at the grocery store that bags your groceries, even your sweet, dear old grandmother; we’re all bigots.

Whether you think you’re a bigot or not is irrelevant. If you’ve ever disagreed with anyone about anything (it doesn’t matter what), then by definition you’re a bigot.

At least that’s what I gathered from the Republican debate last night and the greater conversation surrounding a topic the debate seemed to be preoccupied with: gay marriage.

I understand that this is an important issue for a lot of people, but are there not more pressing issues to talk about, i.e. the economy, the war in Afghanistan, healthcare, Iran, etc?

From what I’ve learned watching the Republican debate and broader political conversations, it appears that the idea of civil discourse is long dead and we have all reverted to playground name calling, especially when the topic is gay marriage.

Rightly or wrongly, before the debate ever began many, if not all, of the candidates were labeled “bigots” for their stance on gay marriage.

So, how did the candidates respond to this accusation of bigotry? Newt Gingrich took the lead on this one one, calling those who accused the candidates of bigotry bigots themselves for their “persecution” of Christianity.

To review….don’t agree with gay marriage? You’re a bigot.

Ever notice how bigots are always other people?

Certainly there are bigots in the world, people who are intolerant of any ideas but their own. However, when someone disagrees with you about something it doesn’t necessarily make them a bigot; even when the point of disagreement is something you’re passionate about. (I started to write “of immense importance”, but I’m not convinced that sexuality is nearly as important as we make it out to be.)

What strikes me as a bit perplexing in the battle of who is or is not a bigot, is that some really important issues apparently aren’t worth getting that upset about, at least not to the point that one needs to launch verbal grenades.

Take for example the issue of healthcare. This one is quite literally a life and death matter. Certainly the issue of homosexuality has resulted in murder in several countries around the world (including the Matthew Shepard tragedy here at home), but there is no greater cause of death in this country than heart disease. Debates have and continue to spring up all across the country about what people “should” or “should not” eat and what the government’s role is in the arena of public health. Just this last week a firestorm began in Georgia over a statewide billboard campaign against childhood obesity that featured images of overweight children. Several states require restaurants to list the calorie count for all of their menu offerings so that patrons can make a more “informed” decision. New York City has gone so far as to ban the use of trans fats in cooking oils. And it only takes a few clicks on the TV remote to land on a talk show or news broadcast and learn that what you’re eating is probably going to kill you.

And yet you don’t hear spokesmen from McDonald’s and Wendy’s labeling anyone bigots. There aren’t protests outside city halls by lovers of fast food denouncing politicians as instruments of Satan for taking away their trans fats. And have you ever heard a sermon preached on fried food being the path towards immorality and the destruction of our county?

Of course not. So why is it that we can at least feign civility when it comes to the literal death of our country, but the gloves come off before we even start talking about sexuality?

There are probably a lot a reasons for this, no least of all the sexually saturated culture we live in. But I think we could sum it this way: french fries will kill you, but homosexuality will send you to hell.

Or at least that seems to be the mentality driving the impassioned responses from both sides. Regardless of the actual, broader importance of any given issue, if it is something we are personally passionate about we elevate it to the height of importance and relegate our opponents to the depths of degradation. In other words, if I really believe in something and you disagree with me, then you can’t simply be wrong in your opinion you must the devil.

It is this sort of line in the sand, turn or burn, literal demonization of the “opponent” approach to debate that is at the heart of the problem with modern discourse regardless of what the issue at hand might be. Homosexuality, war, the economy, vaccines, you name it. Don’t agree with “me” and you’re not just wrong, you’re the personification of evil.

As rampant as this practice is in the political arena, there is probably no place where this demonization and name calling takes place more than inside the church. Except, instead of calling our opponents “bigots” we brand them “heretics.” Which, if you know anything about the church, is worse than being a bigot.

You’re Baptist and someone wants to talk to you about their female pastor? They’re a heretic.

You’re Methodist and someone preaches about the innerancy of scripture? They’re a heretic.

You love the Bible and someone has the nerve to tell you they love it too, but also believe in evolution? They’re a heretic.

If there is one thing we most of us in the church seem to be able to agree on it’s this: There is no middle ground. Disagree with “me” and you’re literally going to hell.

There is on oft quoted line from, depending on who you ask, either St. Augustine or John Wesley that says “In essentials unity; in non-essentials liberty; in all things charity.” It would be easy to point to that quote and say “that solves it, let’s just do that.” But of course, that is much easier said than done as few of us, both inside the church and out, can see seem to agree on what the “essentials” are.

Yet, even if we can’t agree on the “essentials” of the faith or the “right” direction for our country, I think the last clause in the quote can and should still be our guiding principle.

Nothing is accomplished through name calling. Even if our opponent is in fact a bigot or heretic labeling them as such will never change their position. Rather, it will only urge them to retrench in their position and further their own conviction that they are a martyr for the cause of truth.

Charity towards others is our only way forward.

Charity doesn’t mean you cease to critique other people’s positions on any given subject. It means you do so with more grace and sophistication than a school yard bully.

Bringing genuine charity into our conversations of greatest, or even least, importance may not solve everything, but it at least begins to allow us to see each other as human beings made in the image of God, rather than potential emissaries of Satan. If we can get that far, then maybe, just maybe we can even begin to dream of actually loving one another as God first loved us. Then maybe, just maybe we could learn to live together in peace even when we passionately disagree.

There will surely be plenty of things to get angry about in the upcoming year. Presidential candidates will make stump speeches that will infuriate you and preachers like Mark Driscoll will say things that will leave us all flabbergasted with frustration.

But the test of 2012 will not be who wins the election or whose theological position is “proven correct”.  The true test of 2012 will be how we speak and interact with one another as we debate these issues of “utmost importance”. Will we do so with Christ-like charity and grace ,willing to honestly listen to others regardless of their position, or will we allow ourselves to be consumed with the narcissistic need to be “right,” destroying everyone in our path for the sake of “truth”?

Hopefully, we can find the strength the leave the school yard behind and find a seat at the table of grace.