The 2012 American Jesus Madness Champion Is….. 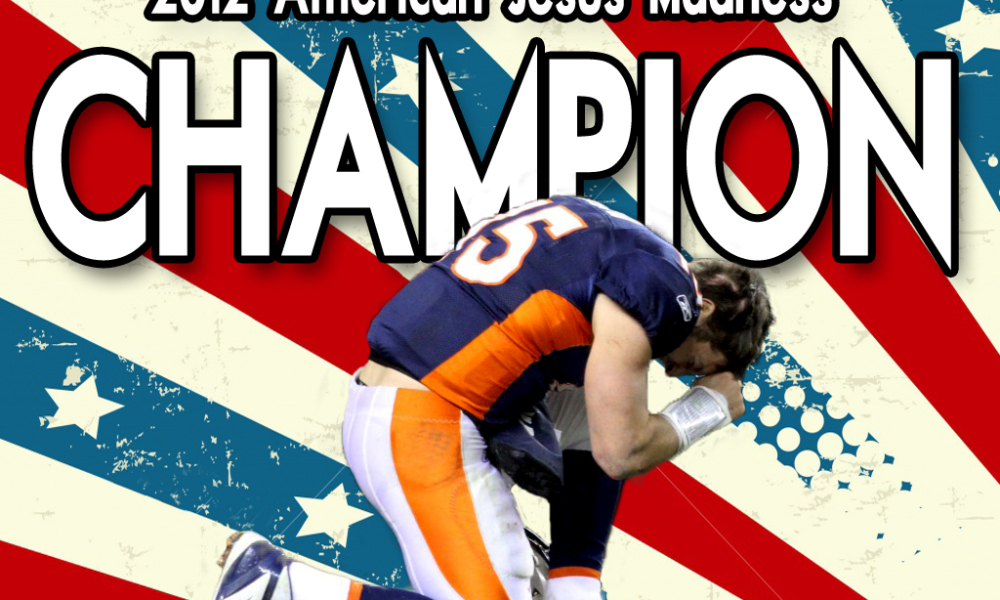 It took nearly 25,000 votes to decide, but our 2012 American Jesus Madness champion is Tim Tebow!!

We can’t even count how many lead changes there were, but in the end Tim Tebow managed to pull out yet another miracle.

Which is probably a good thing, since Tebow’s not having a very good week so far, what with Peyton Manning coming to town and taking his job away.

Just how close was it?? INCREDIBLY close!!

So, congrats to Tim Tebow on his epic win and a big thanks to Rachel Held Evans for battling hard and sharing her struggle (and our little tournament) with the world.

As for our bracket challenge, congrats are in order to Kara Govoni who won with 140 total points and will be taking home our grand (and only) prize, a $50 iTunes gift card!

And a BIG word of thanks to everyone that voted, tweeted, or shared American Jesus Madness on Facebook!! Without your relentless voting and incredible passion this tournament would not have been nearly as much fun!!

Well, that’s it for this year. Join us again this time next year as the battle begins again to see who will be crowned king or queen of American Christianity!