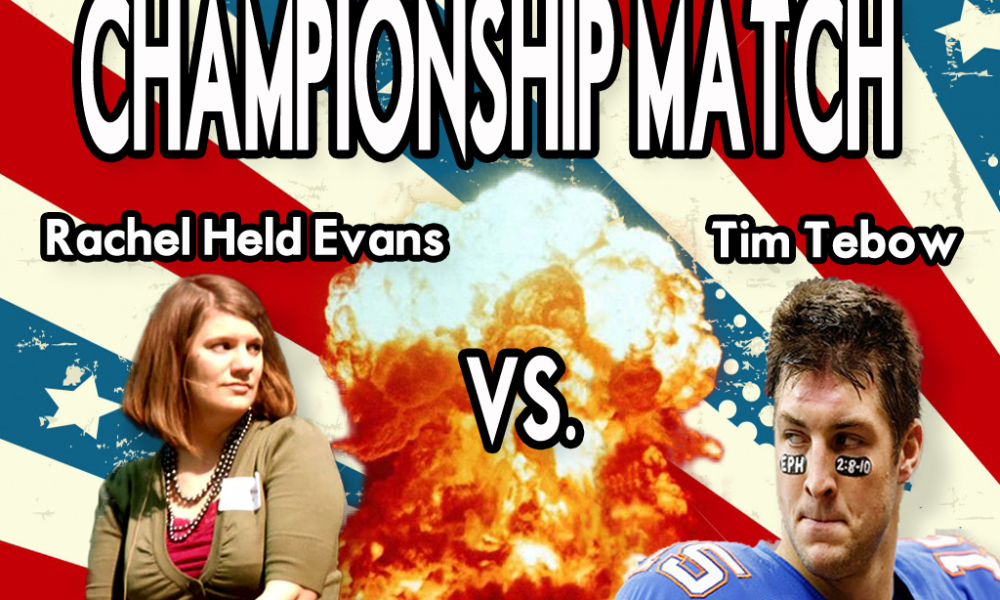 After a week of cutthroat battles between some of the biggest personalities and most controversial issues in American Christianity, it all comes down to this!!

Who will be this year’s champion of American Christianity???

Will the survivor of Monkey Town be able to survive the phenomenon of God’s chosen athlete?

Or will the most prolific public pray-er in professional sports continue his improbable run towards immortality?

Voting is unlimited, but if you vote too often, too quickly, Poll Daddy will give you a “time out” to “cool off”. You won’t be able to vote for 4 hours and, unfortunately, there’s nothing we can do about it.

So, if you really want to maximize votes for your favorite, then share this page with everyone you know on Facebook, Twitter, etc. and get them in on the voting.

ONE LAST THING: Just to keep things interesting, you won’t be able to see voting tallies after 7pm CST. We’ll keep you updated on Twitter, but the only way to make sure your pick will win is to vote, vote, vote until midnight. Then you’ll have to sweat it out until we announce the winner tomorrow morning at 8am CST. Sorry, we’re just evil like that.

No more hype. No more talk. No more doing anything productive at work because….

VOTING FOR THE 2012 AMERICAN JESUS MADNESS CHAMPIONSHIP IS NOW CLOSED. CHECK BACK TOMORROW @ 8AM CST TO FIND OUT WHO WON!!!