Should Christians Be Offended By ‘Jesus Jokes’?

When you host a blog that pokes fun at some of the goofy things we sometimes do as Christians, the issue of whether or not doing so is “offensive” or “dishonoring to God” often comes up.

By that I mean there is this sense that Christians should never giggle at, or even criticize other Christians no matter how ridiculous the thing they’re saying or doing might be.

Because, you know, Jesus never laughed and he certainly never criticized his own people, right?

(If you think that’s true, it’s because you’ve never read the Bible or at least you’ve never read it in any serious way. Jesus was a Jew. The Pharisees, Sadducees, the rich young ruler, Peter, they were all Jews too. Think about it.)

For me, and I think just about anyone who runs a similar blog, turning the mirror on ourselves as a church and finding humor in what we do is no different than pulling out an old yearbook and laughing at how goofy we used to look.

Beyond that, though, I think turning the mirror on ourselves actually plays a very important role in the life of the church.

Just like political satire does in the rest of the world, turning the mirror on the church to show her (us) how silly (or terrible) some of things are that we do, forces us (or at least it should) to stop and ask “is this really our best Christian witness?”

And if it’s not, yet we find ourselves getting upset that others (especially others in the church) criticize or even find humor in what we do, then perhaps (but certainly not always), if the Spirit really does move in mysterious ways, then in those moments maybe our “Christian response” shouldn’t be to respond in angry (and often irrational) defense of our just cause. Perhaps instead, we should pause and consider whether or not it might be the Spirit working through others to help us grow in faith, maturity, beauty, and maybe even a better sense of humor.

Now, before you react too quickly (and defensively) to the idea that the Spirit might be working through our critics, remember that in the Old Testament, God was constantly using the enemies of Israel to help them become the people God intended them to be and that often included not so pleasant things like exile or foreign powers conquering the homeland and destroying their places of worship.

So, if all we have to endure is a few jokes at our expensive or even some biting criticism, then we should probably count ourselves lucky.

Anyway….all that to say, a group in Britain called Christian Research just released a study on how offended Christians on the other side of the pond feel when they hear ‘Jesus jokes’ being made.

Turns out, they seem to have a better sense of humor than most of us do about these sorts of things….or at least they have thicker skin. 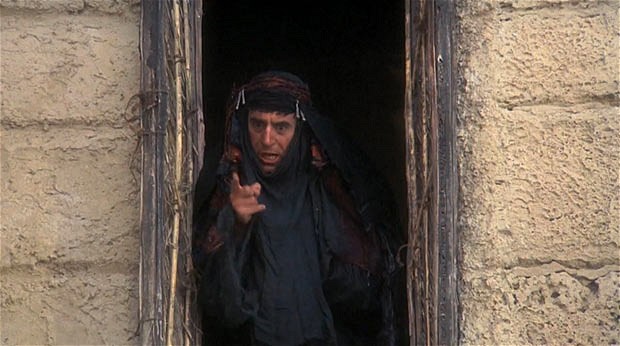 Meanwhile three quarters of believers agree that freedom of speech should not be restricted even if it offends people with deeply-held religious convictions.

The finding emerged from a survey of attitudes among more than 2,000 committed Christians conducted in the wake of the international furore over the film mocking the Prophet Mohammed.

It is the first in a series of studies to gauge the opinion in the pews by Christian Research, a polling and research group, using an online panel of thousands of churchgoers.

While those polled overwhelmingly expressed sympathy for Muslims who were offended by the film they were equally strong in their view that curbs on freedom of expression should only be a last resort.

More than eight out of 10 (84 per cent) said they would “defend” followers of other faiths such as Islam from antireligious sentiment even if they profoundly disagreed with their beliefs.

A similar proportion said that freedom of expression must accommodate all views, except for extreme opinions likely to incite hatred.

Although opinion was split on whether Britain should ever reinstate blasphemy laws, the largest group opposed the idea.

But when asked about their own faith, six out of 10 agreed it was possible to “demean, mock or insult” God without offending Christians.