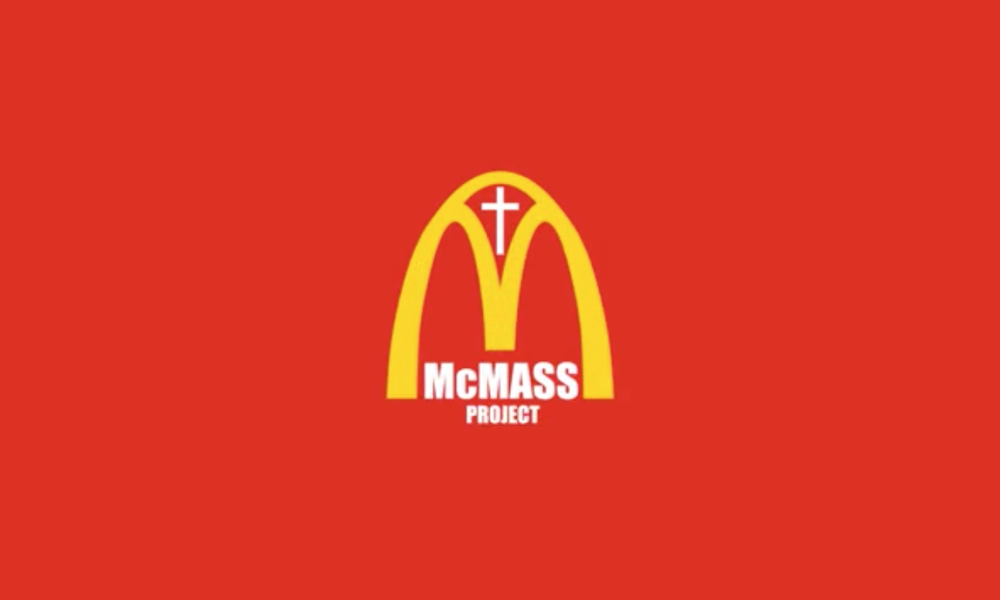 It’s been a while since I ran two posts in one day, but this one couldn’t wait to ’till Monday.

According to its Indigogo page, The McMass Project (founded by Paul Di Lucca) wants to combine a church and a McDonald’s in order to “create a self-sustaining, community-engaged, popular church, and an unparalleled McDonald’s restaurant.”

They’ve got lots of apparel related incentives for those willing to contribute to their effort to raise $1,000,000 in the next 50 days.

But I’m gonna go out on a limb and guess that this is satire. Obviously, they’re really raising money (and if it is satire, who knows where it would go…charity maybe?), but aside from the fact that $1,000,000 wouldn’t actually get you very far if you wanted to start a McDonald’s franchise, this just reeks of being commentary on the commercialization of religion (or perhaps our religious devotion to cheap, fast food).

Not that I think that’s a bad thing.

Unless they pocket the money they raise, I would personally find this to be a pretty humorous critique of American Christianity (or American culinary habits for that matter).

But if it is real, I’ve got just one question.

Actually, I’ve got several, but one really important question.

If I go to this McDonalds’s whenever it gets built, will I get a discount for bringing in my church bulletin?

Let me know what you think in the comments. Is this legit or not?