Jesus Politics: The Wrap Up 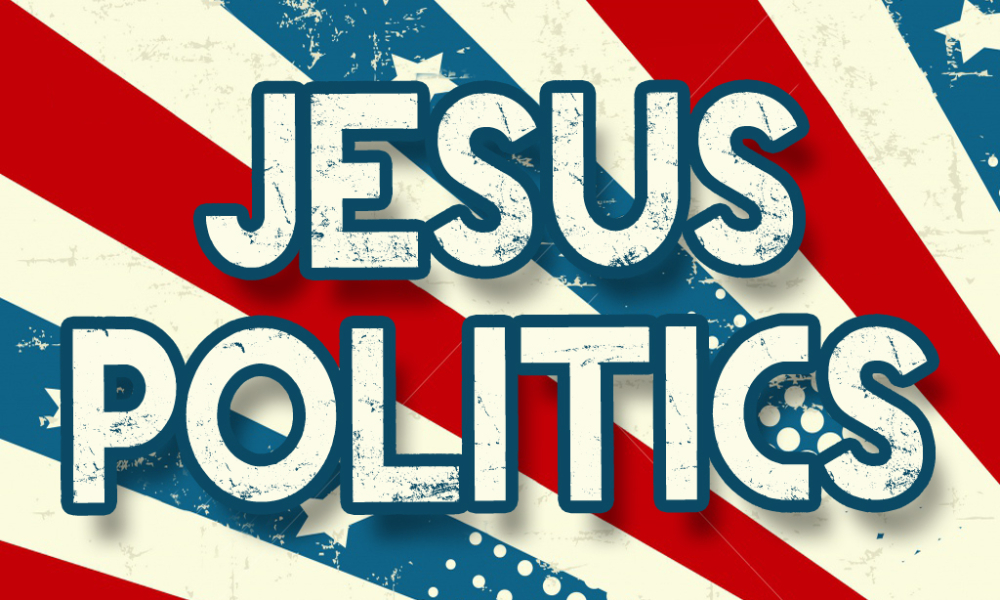 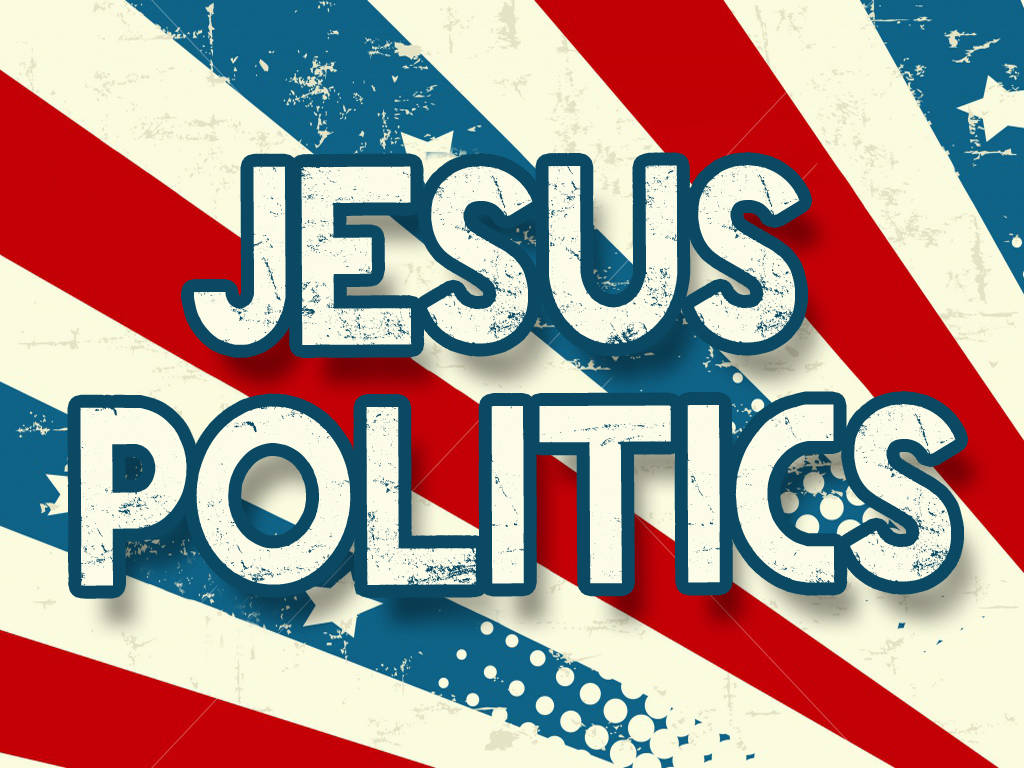 I can’t thank everyone enough who participated in the Jesus Politics synchroblog this week.

Whether you wrote a guest post or shared the link to your own post with me, I am truly grateful that so many of you were willing to take the time to help frame this important conversation.

I hope everyone enjoyed the posts and comments as much as I did. If you didn’t have the chance to read all the posts, make sure you check them out here, here, here, and here.

To be honest, I found this week to be cathartic. Even if I didn’t always resonate completely with a single candidate or position, it was great to see people across the political spectrum, who also love Jesus, saying and agreeing with things I also support.

According to a Facebook survey, I apparently line up most with Jill Stein’s platform, but that was news to me. I had honestly never even heard of her until I read Candace’s post from Monday. The truth is, like it seems to be with many of you who commented this week, I can’t really locate myself politically. That is to stay, there is no political party I resonate with enough to align myself with them.

For example, I am veraciously opposed to abortions of convenience. However, when considering the health and safety of the mother, I also think abortion should be “safe, legal and rare.” I’m a propopent of small government, but I don’t think the poorest or marginalized amongst should be left without a safety net, just so the rest of us don’t have to pay more taxes.

I abhor war and violence of all kinds, but I think the police serve an important function and I’m not completely convinced that the actions of someone like Dietrich Bonhoeffer in World World II were completely wrong. I think the ability to vote for one’s leaders is an incredible gift, but my patriotism will never come close to rivaling my faith for importance in my life.

Together, these things leave me without a political party.

And I’m ok with that.

There is nothing in the rhetoric of either major party over the past few months that has left me with even the slightest inclination to check “Democrat” or “Republican” on a voter registration card.

All the rants on cable news networks, the never ending stream of ridiculous and often inaccurate Facebook posts, the childish name calling, none of it has me eager to hitch my wagon to either major party or their candidate.

As someone who neither loves nor hates either candidate, let me assure you that your opponents (and their candidate) in the other camp are neither antichrists nor your enemy. To caricature them as otherwise, renders the very idea of enemies meaningless and makes you look ridiculous. Likewise, your opponents aren’t stupid. Well, at least not the candidates. Both men have degrees from Harvard. If you think that is some sort of knock on their intelligence or credentials for leadership, then you seriously need to reconsider who the moron is. And if that is the case, I would suggest you start that process by looking in the mirror.

Also, this isn’t the most important election in our nation’s history. As others have pointed out elsewhere, that honor goes to the 1860 election when Lincoln was elected (or possibly 1864 when he was reelected). Our retirement funds are not nearly as important as the freedom of other human beings.

Along those same lines, if your candidate of choice isn’t elected, the apocalypse will, in fact, not ensue, nor will our nation cease to exist for whatever contrived reasons you’ve convinced yourself it will end. To believe such an apocalypse is nigh based on the outcome of the election displays a profound lack of understanding in both domestic and global politics as well as an incredible lack of trust in God, trust that it is God who ultimately controls the future and not a ballot box.

Equaling disturbing from a Christian perspective, is the non-stop American arrogance from those claiming to be Christian. Absolutely the United States is an amazing country with incredible resources, but as a Christian, because our citizenship belongs to another kingdom, we must be concerned about our global neighbors who, I assure you, are paying attention whether we realize it or not. We can’t expect to have any hope in our missionary efforts if we spend all of our time letting the rest of the world know how inferior they are to us. Simply put, the gospel of American exceptionalism is too full of pride, arrogance, and condescension for it to ever be preached by Christians.

Unfortunately, this needless arrogance encompasses both sides of the political aisle. The apostle Paul may have said “in humility value others above yourselves, not looking to your own interests but each of you to the interests of the others,” but such a Christlike attitude has been all but absent in the idolatrous lust for winning the election which has consumed far too much of the church.

Surely, the most troubling thing I have witnessed in this election is the unchristian vitriol that is spewed by those claiming the name Christian. It’s one thing to argue vigorously; it’s another to embody the sort of haughty, arrogant, condescending, and unloving attitude that is absolutely antithetical to Jesus. When Jesus said love your enemies, he didn’t say you could put that love on hold for the election season.

Likewise that love isn’t something you agree to as an intellectual proposition. It’s embodied or not embodied in what we actually say and do or don’t say or do and that includes our political rhetoric. As much as Jesus may be ashamed of some of our country’s political policies, I have to think he would be just as ashamed by how so many of us in the church act during the political season.

All that is not to say that as Christians we can’t or shouldn’t have political opinions or that we can’t or shouldn’t voice those opinions vigorously. There is great virtue in many of the political causes we champion. I would even go a step further and argue that it is our faith which, in many cases, is the source of those causes we are so passionate about. However, no matter how noble our cause may be, as Christians we are never excused from being humble or acting with civility towards those we disagree with.

In hosting this week of faith and politics, my hope was, in some small way, to demonstrate the reality that good Christian people can disagree with each other and still be in love with the same Jesus. I hope you found that to be the case. The very fact that we had Christians from across the political spectrum voice their faith based position this week should remind all of us that no matter how much we might be convinced otherwise, there is no single political party that either has a monopoly on the politics of Jesus or is necessarily any closer to whatever those Jesus politics might be than any other party.

When liberal or conservative, Republican or Democrat comes before our identity as Christians, then we have a serious problem in church. I’m not talking about how we respond if someone asks us point blank how we define ourselves. I’m talking about how we act and talk in everyday conversation when no one is asking about our political or religious affiliation. If we’re more focused on politics and candidates than we are on discipleship and Jesus, then we have no right to claim the title Christian because in doing so, we render the name meaningless and turn a faith which is supposed to be defined by radical self denial and love for enemies into nothing more than a bad joke

As we come to the end of Jesus Politics week, I think the ultimate question we should really be asking ourselves is not “who should Christians vote for,” but how are we as Christians going to continue to go about incarnating the love and grace of God regardless of who gets elected. As Christians we must always remember that Jesus didn’t say “go and vote your values.” He said “go and do likewise.”

We can continue to vote for our candidates of choice, but only so long as our going and doing likewise comes before and after our going to the polling station. If we’re doing a good enough job taking care of kingdom responsibilities, then I think, to put a little spin on something Jesus once said, everything else will fall into place.

My Own Personal Revolution – Gio Andollo

The Realities Of Voting – Caris Adel