It’s Hard To Be A Fundamentalist In Alaska – Part II 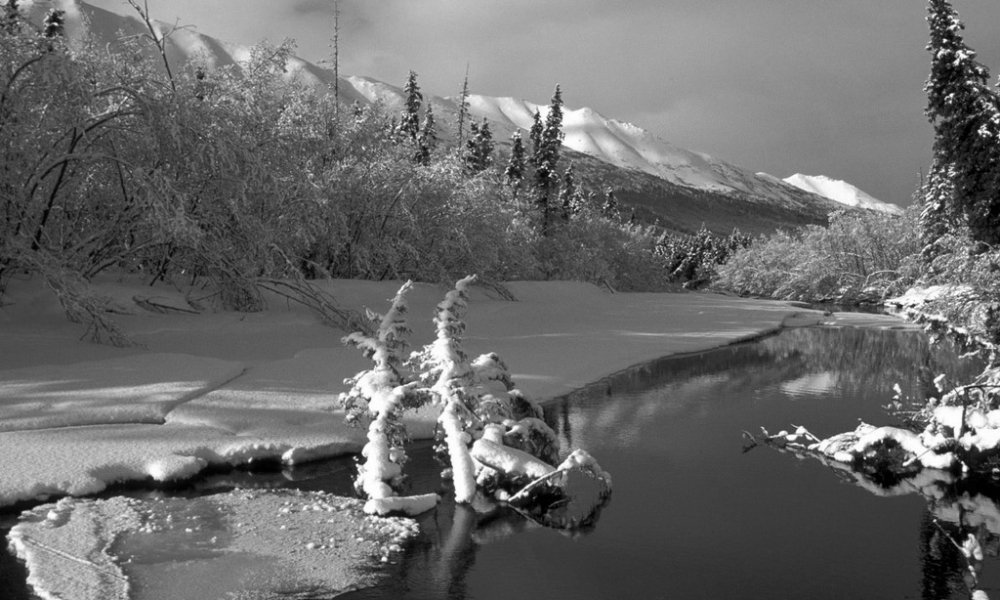 As tricky as it is to be a Biblical fundamentalist when it comes to your wardrobe, things get even trickier when you start talking about where we all came from.

No, I’m not talking about the birds and the bees. Even fundamentalists agree on that point. I think. I hope. I’ve honestly never had a sex talk with a fundie and don’t plan on doing so anytime soon.

I’m talking about creation, specifically those two pesky chapters at the beginning of Genesis.

I say pesky because no matter how many awesome people riding dinosaurs dioramas the Creation Museum wants to build in an effort to “prove” the world was made in six literal days (God rested on the seventh), it’s those days that leave him in a bit of pickle.

If you remember your Sunday School lessons, you will recall that on the first day God said “Let there be light.” Beautiful beginning to a beautiful story. There’s just one catch. Light requires a source, say a light bulb, your iPhone, or in the case of the universe – stars; one of which we call the sun.

No matter how you old you want to believe the earth is, there’s no debating that it is the sun that gives the earth its source of light. Moreover, it’s the sun that separates day from night. But this is where things get a bit tricky for the Creation Museum and the rest of the fundies out there in fundie land.

Do you remember when God created the “lights in the vault of the sky to separate the day from the night?”

Which means if you’re a fundamentalist you’ve got a pretty serious problem on your hands. If it’s the sun that separates day from night, but the sun wasn’t created until day 4, how exactly do you have days 1, 2, and 3 without the thing responsible for making days?

You see, if we have to take Genesis literally, as the fundies insist, then it would seem that the Creation Museum and their friends are short a few days.

This is one of the core problems with Biblical fundamentalism. It refuses to make space for allegory and metaphor. Instead, it tries force those round pegs into the square holes of their own anti-intellectualism and fear of science.

It doesn’t matter how great the consensus in the scientific community might be or how overwhelmingly the Christian (and Jewish) tradition has affirmed a metaphorical or allegorical interpretation of passages like Genesis, the Biblical fundamentalists, like any other jihadist, will reinterpret these critiques as “persecution” of the “faithful remnant” and will carry on fighting their holy war until the end of time believing every critique lobbed their way merely adds another jewel in their heavenly crown.

They will carry on this fight because at its heart, fundamentalism is not being right about what the Bible says. It’s about pride and control. It’s about the pride of not being able to humble one’s self enough to admit you’re wrong. And it’s about the need to control others through dogma, fear, and intimidation and the world through self-delusion, denial, and condemnation.

Fundamentalism isn’t about the “truth.”

It’s about lording that “truth” over everyone else.

This need for lordship is, of course, the root of all sin. It’s what drove Adam and Eve to try to snatch divinity away from God. It’s what keeps the poor oppressed, the marginalized ignored, and the weak in bondage. It’s the same thing that empowers tyrants to exploit their people and pastors to manipulate their flocks into people defined by fear, hatred, and condemnation.

Which means fundamentalism isn’t just an embarrassing sideshow attraction in the life of the church or a quirky aberration at the periphery of the faith that we can simply ignore until it goes away. It’s a virus that latches itself onto the Body of Christ infecting every one of its members, slowly but steadily twisting the Body’s until it destroys itself.

It’s a shadow hanging over the light of the Gospel.

An obstacle that stands in the way of Christ’s love.

The ultimate barrier to grace.

And until we name it as such we stand no chance of defeating the disease and providing the Body with the healing it so desperately needs.