The Ironic Thing About Fundamentalism 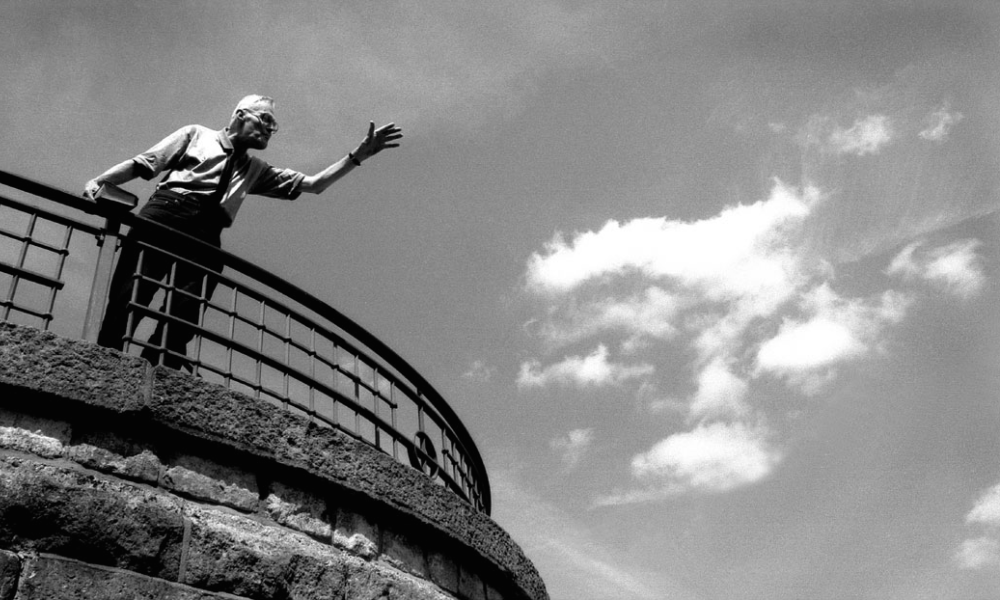 On the seventh day God rested.

And on the eighth day man created fundamentalism

Ok, technically there were no Christians in the Garden that day and Christian fundamentalism as we know it today didn’t appear in all its glory until the 19th century. But the seeds were sown that day – or on a day thereabouts  – when a man and a woman ate from a tree of knowledge in hopes of becoming gods.

Of course, no respectable fundamentalist would admit to desiring to be God-like, but at its core, fundamentalism shares the same goal that Adam and Eve had: knowledge, power, and personal security.

At its most fundamental level, fundamentalism is about knowledge that gives power and control while offering its adherents a sense of eternal security. You see, the great allure of fundamentalism for its followers is that by simply believing the right things, they get to go to heaven. But the allure for its leaders is even greater. For, if  you know all the answers and thereby possess the keys to heaven, you have the power to control others, to bend them to your will and your way of looking at the world.

It’s an intoxicating fruit to be sure.

Which is why despite its intellectual shortcomings, it should really come as no surprise that so many continue to embrace fundamentalism despite its plummeting reputation.

In fact, though the onslaught of criticism swells every day, fundamentalists increasingly embrace what has essentially become a slur as their distinguishing mark of faith. For those that embrace its ideology, being called a fundamentalist has become a badge of honor that marked them as more true to the heart of the faith than non-fundamentalists.

For non-fundamentalists, this position of pseudo-piety is incredibly frustrating and obviously off-putting, but for church history folks like myself, the angst is double.

Because, you see, the ironic thing about fundamentalism is that many of the beliefs they hold up to be fundamental tenets of Christianity are actual rather recent additions to the faith.

Unfortunately, this fact is often and easily disguised both by fundamentalists themselves as well as unintentionally by some of their detractors. Fundamentalists themselves adhere to just enough genuinely orthodox beliefs to give their culturally conditioned extremism the veneer of orthodoxy. While their secular opponents portray them as truly adhering to core tenants of faith and/or central teachings of scripture that other, implicitly less faithful Christians not longer cling to.

But fundamentalists are not more faithful to scripture and Christian orthodoxy than the rest of us.

The ironic truth of the matter is they’re adding, not adhering to an ancient faith.

Take for example, the rapture.

It’s part of a broader theological framework called dispensationalism that is a core tenant of Christian fundamentalism. When I argued last week that the rapture will never, ever happen because it’s not a biblical idea, the fundamentalists came out in droves to accuse me of rejecting scripture and “abandoning a simple truth of the faith.”

While neither accusation is remotely true, the cries of my fundamentalist critics reveal one of their most fundamental problems: they’re ignorant of their own history.

In the mind of the Christian fundamentalist, the way they practice Christianity is the same way Christianity has always been practiced – because that’s the way their grand-parents and great-great-grandparents practiced the faith and how dare you tarnish the good name of those holy saints!!

Holy though those saints may have been, Christianity wasn’t invented 200 years ago when fundamentalism made it’s grand entrance onto the ecclesiastical stage to challenge the great evils of Darwinism, biblical criticism, and happiness.

Which is why if we’re going to talk about the fundamentals of the faith, then the best chance we have of doing that is by turning the calendar back several centuries to the days of ecumenical councils and creeds, the days when orthodoxy was laid down in black and white.

Or whatever color ink and papyrus they were using.

I honestly have no idea.

Anyway, when we do go back and look at the earliest creeds – the formulations of faith that defined the true fundamentals of faith – we find that several supposedly fundamental tenants of faith are missing.

A literal reading of scripture.

And, yes, even biblical inerrancy.

None of those hallmarks of today’s fundamentalism are to be found anywhere in the foundational confessions of the faith. And that’s to say nothing of the trove of social mandates fundamentalism has enshrined as fundamentally Christian, like no alcohol, no rock music, no dancing, no playing cards, and you better be careful what you wear or Satan will drag you by your short skirt straight down to hell.

You see, the fundamental problem with fundamentalism is that it fundamentally undermines the gospel.

With its literal reading of scripture and legalistic approach to discipleship, fundamentalism turns the Bible into the very sort of thing Jesus rejected in the Pharisees – a weapon to control, manipulate, and exclude. Bound by the particular cultural context of its fundamentalist readers, in the hands of fundamentalism the Bible not only becomes a lifeless book; it becomes the very thing fundamentalists claim to despise: a prooftext for justifying cultural relativism.

That is to say, in the hands of fundamentalism, the Bible does little more than divinely sanction the particular tastes, sensibilities, and ideology of the culture that’s reading it.

This, of course, happens to a certain extent in any expression of Christianity, but it is the dogmatic extreme to which it occurs in fundamentalism that defines this cancer in the body of Christ.

Now, let me be clear.

I don’t call it a cancer lightly.

It’s a cancer because it seeks to destroy healthy parts of the body simply because they follow Jesus differently.

It’s a cancer because it despises our God-given gifts of intellect and curiosity.

It’s a cancer because the gospel of fundamentalism is a gospel of drawing lines in the sand to oppress and exclude while keeping as many people shackled to the chains of legalism as possible.

The gospel of Jesus isn’t about power and control.

It’s about humility and grace.

The gospel of Jesus isn’t about having all the right answers.

It’s about having love for all.

And at its core, at perhaps it’s most fundamental level, the gospel of Jesus isn’t about drawing lines in the sand to exclude all who don’t conform to a very narrowly defined sense of acceptability.

It’s about embracing those rejects and calling them blessed.

Which is why at the end day, between its new additions to the faith and opposition to the gospel, there’s actually very little about fundamentalism that’s fundamentally Christian.