Is This The Face Of Jesus? 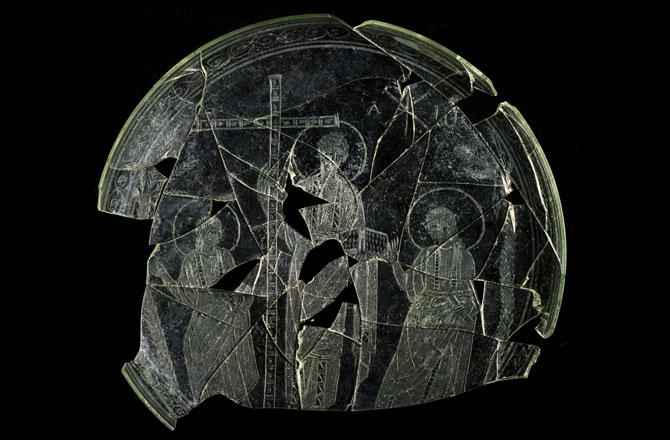 According to Discovery News, one of the earliest known images of Jesus has been recently discovered on a glass plate.

Though you have to zoom it to really see his face and even then the image quality isn’t spectacular, what is obvious is this isn’t the sort of image of Jesus we’ve become accustomed to seeing.

Engraved on a glass plate (called a paten) which dates back to the 4th century A.D., Jesus is depicted beardless and with short, curly hair. He wears what appears to be a philosopher’s toga and is flanked by two equally beardless male characters, thought to be the apostles Peter and Paul. All men have halos over their heads.

So, I guess this means my beard isn’t quite as holy as I thought it was.

Then again, this image was created 300 years after Jesus’ death. So, made it was created by anti-beard propagandists?

Definitely the most rational explanation.

Anyway, you can click through here to read the rest of the Discovery News article. And don’t be afraid to let me know what you think about this new image of Jesus in the comments.

Are you a fan?

Or are you utterly crestfallen that he doesn’t look more like Jim Caviezel?