Looks like this year it’ll be a Festivus for the rest of us!

If not, you need to go ahead and cash in your vacation days because you’ve got a lot of Seinfeld to catch up on

Anyway, it seems that a disgruntled atheist living in Deerfield Beech, frustrated by years of failing to get the local government t0 remove a nativity scene from public property, decided if you can’t beat ‘em, join ‘em.

It seems that while the city wasn’t willing to remove the nativity scene, they were willing to add something to it – a Festivus pole.

I find this situation rather fascinating, but I’m curious about you think.

As a Christian, do you find this amusing, offensive, somewhere in between, or do you not care at all?

As an atheist, is the Festivus pole a small victory, unhelpful, amusing, somewhere in between, or do you even care about the presence of the nativity scene?

Read the story below, then weigh in with your thoughts in the comments section. 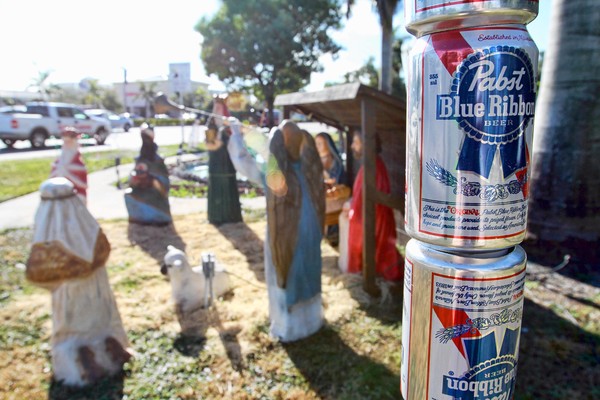 ‘Festivus’ pole goes up next to Nativity in Deerfield

Mary, Joseph and Baby Jesus have graced the corner of Hillsboro Boulevard and Federal Highway every December for more than 20 years.

This year, they’re joined by an 8-foot-tall aluminum Festivus Pole, symbol of a Dec. 23 atheist “holiday” that became a pop culture hit after being featured in a “Seinfeld” episode.

Stevens said he has been trying unsuccessfully for five years to get the city to take down the Nativity scene. So this year he asked for space to express his own unreligious beliefs.

“Think of how many people have died over the years to give us our freedoms,” Stevens said. “So I’ve got to push back a little.”