Does The Cross Have A Place In Evangelical Christianity? 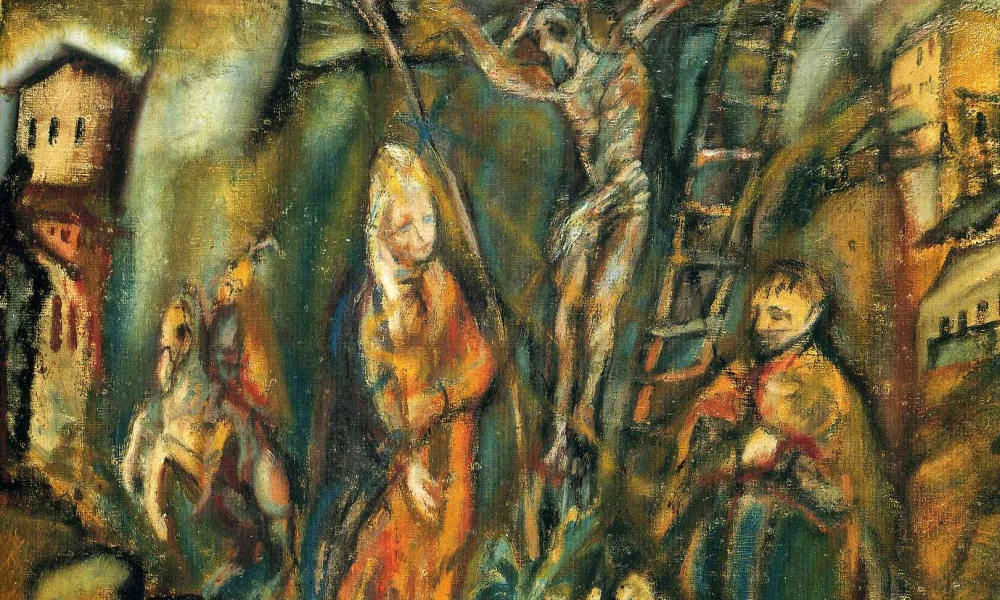 We’re just a few weeks away from Easter.

Which means you’re going to be hearing a lot about Jesus, the cross, and the resurrection at church for the foreseeable future (not that you didn’t already….I hope).

Of course, when something has become a fashionable piece of jewelry, a tasteful decoration, and a trendy tattoo it becomes difficult to call it scandalous. But I think the scandal is still there, even if we do go out of our way to domesticate and ignore it.

After all, if you were to walk into some of the largest churches (and plenty of not so large ones) in the United States, chances are good that you’ll notice something missing – a cross.

Or if there is one, there’s a good chance it’s not the center of attention. Why? Because too much “churchy” stuff makes visitors uncomfortable and if they don’t return, our churches don’t “grow” and if our churches don’t “grow,” we can’t afford that new multi-million dollar addition we “built on faith” and if….well you know how the story goes.

But for as much as we’re concerned about the comfortability of outsiders in our midst, I think the truth is most of us don’t mind moving the cross to some place where we’re not forced to look at the entire time, forced to think about the horrors and humiliation that occurred so long ago on our behalf.

Because when we do begin to think about the implications of such an act by God, something becomes quite apparent quite fast.

The cross has no place in Evangelical Christianity.

Evangelical Christianity proudly proclaims a big, awesome, all powerful God, building its foundation on God’s greatness and might. The cross stands in stark contrast to such a God. On the cross we see God beaten, bruised, and dying. Without realizing it we often explain this away by talking about how God gave His Son to die as if, implicitly, the Son was somehow less than God and therefore able to perform such a lowly act. In doing so, we free ourselves from the scandal of a God who “though being in the form of God did not consider equality with God something to be exploited, rather he made himself nothing….[and] humbled himself by becoming obedient to death – even death on a cross.”

What we want is a God who goes to battle for us, who fights off our enemies, who conquers and destroys in one fell swoop, and then turns to us and says “Go and do likewise.”

But this God who so willing allows the weak to conquer the strong, who meets violence with peace, and who dies for His enemies rather than destroying them with weapons of war turns our understanding of power and might upside down.

Which means in a Evangelical world built around a big, awesome, all powerful God there is no place for the cross.

But make no mistake.

It was God who hung beaten, bruised, and dying on that cross.

It was also God who was stripped naked before being nailed to that cross.

We brush this away, quite literally, by painting a white cloth on Jesus to hide his “shame.” But victims of Roman crucifixion were not afforded such a luxury. Jesus, like the countless crucifixion victims before and after him, was stripped naked in order to maximize his humility.

Which means God hung fully exposed before His creation, His most intimate parts on display for all of creation to see.

In an Evangelical world profoundly uncomfortable with sexuality and the human body, this may be the most scandalous part of the crucifixion. We may be able to find a way to be okay with Jesus dying, but we will have nothing to do with such “shameful” nudity. And yet, there hangs a naked God on the cross, his damaged sexuality for all to see.

However, our evangelical sensibilities will not allow us to confront this raw display of the human body, which means the full reality of Jesus’ death on the cross has no place in evangelical Christianity

But Jesus wasn’t simply stripped of his clothes. The act of crucifixion was a stripping of everything he owned, everything he was, and everyone he every knew.

He was left to die alone and empty.

Perhaps nothing stands in such stark relief to Evangelical Christianity than this simple fact, this simple lack of prosperity. Most of us brush aside the blatant prosperity gospel preached by so many televangelists, that false gospel that proclaims God wants us all to be rich. But the truth is prosperity permeates all of evangelicalism.

The best churches, the best preachers, the best Christians are the ones who are the most prosperous, who live the most successful lives, who preach before the biggest congregations, who worship in the largest churches. We may not willing to just come out and say “God wants me to be rich,” but we have no problem crying out when that prosperity doesn’t come as if it were someone a debt God owed to us as part of our agreement to follow Him. And we certainly have no problem going out of our way to avoid anything and everything that might make us uncomfortable, or worse, cause us to part ways with the things, or people, we have worked so hard to get.

And yet there on the cross hung Jesus, left to die alone, broken and empty, stripped of everything he had and everyone he knew. Which, once again, means there is not place for a prosperity destroying cross in Evangelical Christianity.

You see, what is so scandalous about the cross, what makes it so off putting to visitors, and so uncomfortable for those of us who claim the title “Christian” is that it opposes the success, pride, prosperity, and comfort we are told by the world we should value most.

The scandal of the cross is that it is not a sign of pride and victory, but of humility and defeat.

Yes, there is hope and victory in the resurrection. But to get to Easter Sunday, we must pass through Good Friday.

Or, as Jesus once told his disciples, “If anyone would come after me, he must deny himself and take up his cross and follow him.”

That cross is about humility.

Taking it up means we take what comes with it. It means we must be prepared to be stripped of everything we have, to be exposed for all to see, and, ultimately, to be broken, to be bruised, and to die.

Only then will we find life.

Which means, in turn, there is no place for the cross in Evangelical Christianity.

Unfortunately, there is no easy solution for this calamity.

To become the Christ-like people we claim to be we must face the reality our own pride and find the courage to ask ourselves honestly….

Are we actually willing to pick up our crosses and be crucified with Christ or is the cross the place where our faith stops?