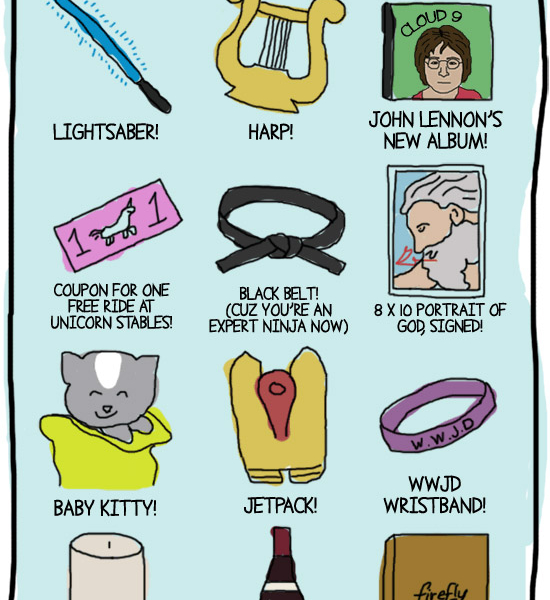 A friend of mine shared this on Facebook today and I thought it was pretty amusing.

Lightsaber AND a jetpack in heaven? Um, yes please.

Of course, there are a couple things I’d want to trade out or at least add.

I was never a big fan of Firefly, so if I could get never ending seasons of Arrested Development

, and/or King of the Hill

that would be pretty fantastic.

Also, I get that harps are the traditional heavenly instrument, but can I switch that out for Jimi Hendrix’s guitar?

Call me a heretic, but I’ll pass on the John Lennon album. How about a new Led Zeppelin album instead?

Oh, and no heavenly welcome basket of mine would be complete without unlimited gift certificates to In-N-Out and Oklahoma Joe’s.

But that’s just me.

What would you want in your heavenly welcome basket?