Could The Bible Be Written Today? 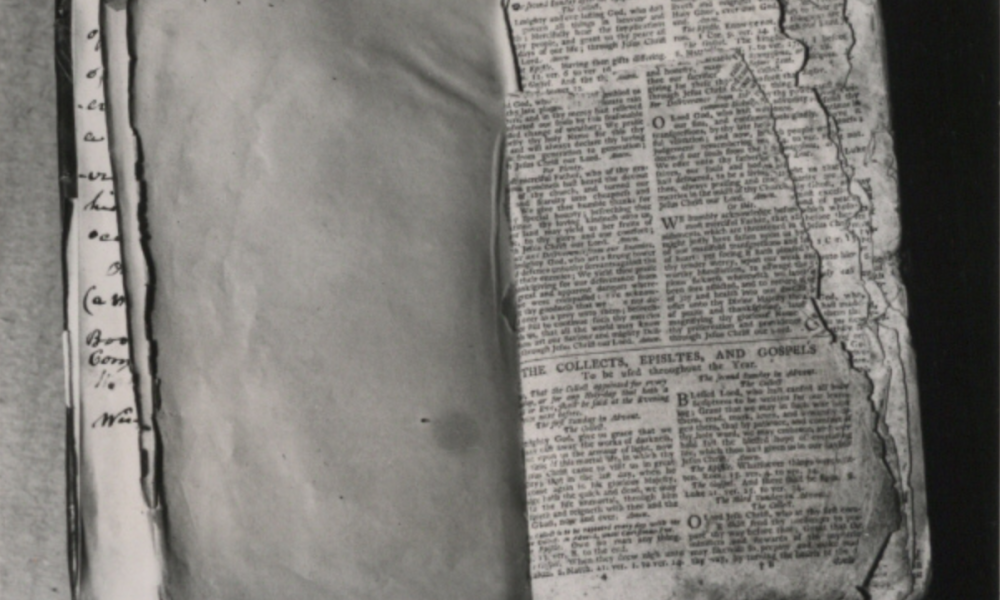 And us history folks sometimes enjoying playing a game of historical “What If?”.

As in, what would the world be like if the South had won the Civil War or if the Allies had lost World War II? What would have happened if Kennedy had never been assassinated or if Jimi Hendrix hadn’t died so young? What great things could they have accomplished?

Well, I’m also a theology guy and from time to time those paths cross (actually that happens quite a bit) and I find myself playing “What If?” with faith related questions.

In light of several faith related online discussions (though that feels like too generous a word – battles and shaming sessions is probably more accurate), I’ve been wondering lately what the Bible would look like if it had been written today, rather than millennia ago. Actually, I’ve been wondering whether or not the Bible could be written at all if it had to be written today.

And the answer I’ve come to?

At least not in a way that would be in any way that’s recognizable, to say nothing of usefulness and beauty.

The Bible could never get written today because it would get stuck in committee.

Sure, there were church councils that played a role in the formation of the Bible, but by the time the canon was officially closed in the 16th and 17th centuries (depending on your tradition), the process was essentially a stamp of approval on a set of texts that were already widely accepting as holy scripture.

If the Bible had to be written today it would never get out of committee. There would be too much infighting over the precise conjugation of particular words. Theological camps, political parties, and other special interest groups would demand their point of view be clearly articulated. Others would fight over gender inclusive language. And by the end of an absurd amount of meetings catered by Subway, political correctness and devotion to dogma would have killed the Bible in committee.

The Bible could never get written today because we don’t want our dirty laundry aired.

There are never ending stream of controversies in the church and especially in the online community of faith. What unites them all today? A pathological fear of “the world” learning that we don’t all get along and don’t all agree on every issue – as if this was somehow privileged information. The same chicken littles who spend their time online and off trying to coverup the sins of the church and shaming those who have the audacity to bring our brokenness into the light, would never let the Bible we have be written today or they would denounce as divisive those who did try to write it.

But the Bible hangs its dirty laundry out for all to see. From Noah the drunk, to Abraham the liar, to Moses the murderer, to David the adulterer, to Paul the terrorist, the Bible doesn’t hide the imperfections of God’s people. Unfortunately, somewhere along the way, we became cowards and deluded ourselves into thinking not only that we could hide our sins from the world, but that the world would be better for it.

It won’t be and neither will we.

The Bible could never get written today because we demand a picture of perfect unity.

The church has been seduced by the twin sirens of marketing and branding. Too many big churches have convinced themselves that no one will attend if their fonts, colors schemes, graphics, and language don’t all align perfectly all the time. Too many smaller church are shackled to the belief that any disagreement in the church will destroy the very bonds that keep their congregation together and keep visitors away who, presumedly, would only attend a perfect church. While churches of all sizes go out of their way to silence their critics in order to protect their image.

All in the idolatrous pursuit of so-called unity.

Big, small, or some where in between, we’ve bought into the madness of branding and so believe that any deviation from the brand, any sign of disunity, any imperfection in our image will somehow destroy our witness and with it the faith itself.

But the Bible speaks with a multitude of voices, some at odds with each other. It doesn’t try to hide the fact that the people of God sometimes have serious and public disagreements. The Bible is simply not afraid of diversity and disagreement because it understands they are necessary for growth.

But we’re terrified of both because they hurt our brand.

The Bible could never get written today because we feel the need to defend God.

Oh the hours we spend defending God. I should know, I’ve logged many of them myself trying to reconcile, among other things, the presence of evil in the world with my belief in a good and loving God. Now, don’t hear me wrong. Such a pursuit has its place, but we don’t need to defend God all the time. That’s simply not our calling.

That doesn’t mean we shouldn’t try to understand God and try to reconcile our theology with our experience (we absolutely should!), but God has chosen to reveal Godself the God has chosen to do and only God is accountable for that. Which means when we find ourselves in a spot where something awful has happened, like tornadoes ravaging a town or hurricanes destroying a city, what we don’t need to do, in fact the worst thing we could do is defend God and God’s sovereignty (by which we really mean our theological system) by telling people God sent that tornado for (fill in the blank reason).

But we can’t get out of our own way defending God and because of that, the sort of untamed lion we see in scripture (to borrow from C.S. Lewis) would be edited out or worse, be turned into a horrific monster.

The Bible could never get written today because we need answers.

If I’ve heard it once, I’ve heard it a thousand times – “The Bible has all the answers!” But does it really? If we pay close attention, and stop our terrible addiction to ripping verses out of their context, we would see that more often than not the Bible raises more questions than it provides answers. Sure, there are the laws of the Old Testament and Jesus says he didn’t come to erase even one iota, but then Paul says we are no longer under the Law, but under grace. Not a particularly good approach if you’re looking to write an answer book. Answer books, after all, have one clear and unequivocal answer, not several, sometimes ambiguous ones with lots of questions thrown along the way.

But answers are what we demand today. In an ever increasingly globalized world where we’re forced to come face to face with cultures and ideas we assumed we could always avoid, we’re confronted with questions we don’t have the answers to. So we retrench from the fight, ignore the nuances of life, and fabricate universal answers for every situation through a patchwork quilt of Bible verses.

But we’ve only to look at the book of Job or Jesus’ parables to see that Bible rarely works as an answer book.

The Bible could never get written today because it would be turned into a terrible expository sermon that would put people to sleep and no one would read it.

The gospel aside, one of the greatest attributes of the Bible is its stunning literary beauty. Stories, speeches, poems, and prayers, you name it, the Bible has it in Technicolor spades. Even if you’re not a person of faith, it’s impossible to deny the literary mastery of so much of Bible. And that’s because the Bible is full, not only of stories, but also the raw emotions and prayers of real people who aren’t afraid to say what they really think and really feel – even to God.

But there’s little room for that today. Stories are making a comeback, but they’re being assailed and have been assailed for decades by an incessant need to show off one’s learning by boring the people of God to death with expository sermons and books that sound more like lectures and academic treatises than the utterances of the Spirit. That’s not to say that faith and the academy should be separated (they shouldn’t!), but in our current information age, where we too many of us in the church suffer from physics envy, we’ve convinced ourselves that the best and most credible way to talk about the faith is with scientific precision.

Sure, we might leave in a few of the more famous stories if we were writing the Bible today, but they would quickly get swamped in exegesis, lessons in Greek, and quasi-academic jargon and the Bible would become a horrendous bore that only middle-aged, middle-class, seminary educated white guys would read – and no one else.

The Bible could never get written today because it makes demands of our lives and we don’t like that.

Conservative or liberal this might be the toughest hurdle of all. We just don’t like being told what to do. Ever. About anything. To quote Dietrich Bonhoeffer, we want “Grace without price; grace without cost! The essence of grace we suppose, is that the account has been paid in advance; and, because it has been paid, everything can be had for nothing.” We may not just come out and say it, but our lives preach it from every street corner – we said the sinners prayer, we believed in our hearts, and that’s all we need to do. Now it’s on to heaven!

But the Bible and the gospels in particular paint a very different picture, one in which salvation by faith is embodied by faithful commitment to a particular way of living in and for the world, not intellectual assent to particular set of beliefs. Between our “salvation by faith alone” zeal and our unwillingness to pick up our cross in ways that make us uncomfortable, a Bible written today would be stripped of all its demands on our lives and become nothing more an Joel Osteen-esque pat yourself on the back self-help book.

Ultimately, the Bible could never get written today because in our spiritual insecurity we would rob it of all the messiness that makes it beautiful.

This is where the fundamentalists get it fundamentally wrong. The strength of the Bible isn’t found in perfection, but in its messiness, in the willingness of its authors and the people who made it their scripture to let the imperfections of its characters shine through.

And that’s the whole point of this little exercise.

Hiding our warts behind closed doors does no one any good.

It does just the opposite.

The success of the kingdom of God is not dependent upon our perfection. In fact, as the Bible shows us over and over and over again, when we’re open and honest about our failings and shortcomings and even our disagreements, those moments of humble authenticity can become the very gate through which outsiders enter into conversation with us because they see real, broken, hurting, but hopeful people just like themselves. Imperfect people they can actually talk to, instead of self-righteous, inaccessible people pretending to be perfect.

Honestly, given our countless and seemingly never-ending screwups as the people of God, it’s a miracle the Bible ever got written.

But its a messy miracle for which I say, thanks be to God.