The Conspicuous Absence Of Biblical Values In The Immigration Debate 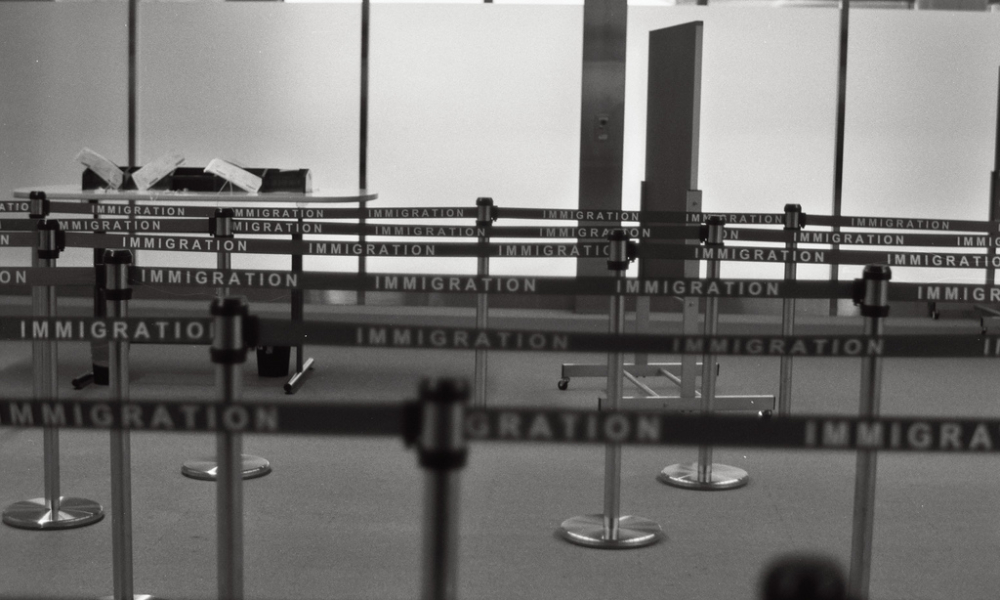 Last night President Obama announced a new approach to immigration in which the government will go after “felons, not families. Criminals, not children. Gang members, not a mom who’s working hard to provide for her kids.”

But there is something conspicuously missing in the outrage over immigration.

Whenever same-sex marriage is being discussed, folks in the Church are quick and emphatic to point to biblical values to defend their opposition. The Bible says it and that settles it, or at least that’s what we’re told.

Curiously, many of these same folks who oppose same-sex marriage on biblical grounds are also on the attack against immigrants coming across our southern border. Calls are made for walls to be built, vigilantes with guns rush to “secure” the border, and angry rants fills the internet and talk radio and cable news over jobs and benefits that are supposedly being stolen from hard working Americans.

But unlike the debates over same-sex marriage, there is conspicuously no appeal to biblical values in all of this outrage from folks who are quick to point out there faith in virtually every other political debate.

Which is interesting, because the Bible has far more to say about how we treat foreigners living among us than it does about same-sex marriage. In fact, the Bible is unequivocally clear about how the people of God are to treat our immigrant neighbors.

In Deuteronomy 10, we hear this description of God along with a call to go and do likewise,

For the Lord your God is God of gods and Lord of lords, the great God, mighty and awesome, who shows no partiality and accepts no bribes. He defends the cause of the fatherless and the widow, and loves the foreigner residing among you, giving them food and clothing. And you are to love those who are foreigners, for you yourselves were foreigners in Egypt.

Then once more in Deuteronmy 24, we find these commands,

When we get to the New Testament, we find Jesus repeatedly and defiantly fellowshipping with the unwanted foreigners of his day – the Samaritans. As you might recall, he goes so far as to use them in a parable to contrast their goodness with that of the native born children of Israel.

In the pastoral epistles, Paul tells us in Ephesians 2 and Colossians 3 and again in Galatians 3, that in Christ, the borders that divided us are no more. For nationality and immigrant status are irrelevant in the kingdom of God.

What is perhaps most critical for us to catch today in all of this biblical immigration talk is what’s missing from the call to love and serve the aliens among us. Nowhere in the Bible is there is any mention anywhere of legal status. In other words, there is no exemption in our call to love and serve our immigrant neighbors just because they couldn’t afford a Green Card.

Which is why for the Church, the legal standing of our immigrant neighbors is irrelevant. If anything, it is those forced into the shadows that need the love of the church the most. Not the abstract emotion that lives only in our minds and certainly not the false love that appears in name only but is incarnated through acts of hate and ostracizing. What our immigrant brothers and sisters need from the church – regardless of how they entered the country – is unconditional love embodied in concrete acts of Christlike justice.

While politicians debate in Washington about how best to reform our broken immigration system, our responsibility as the Church isn’t to add fuel the fires of political debate. It’s to feed the hungry, clothe the naked, quench the thirst of the parched, care for the sick, and comfort those in prison.

That is our response to illegal immigration.

These are our biblical values.

Which is why I have to imagine that for those outside the Church – whether immigrant or native born – our constant appeals to biblical values must look dubious at best and malicious at worst.