Are Non-Christians Really Going To Hell? 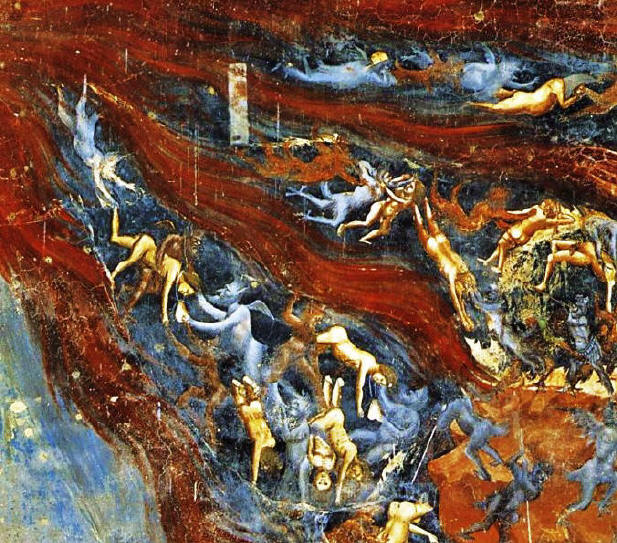 As he so often does, Mark Driscoll shared something on social media that got some folks (like me) pretty riled up.

Anyway, here’s a screen grab from Facebook of what he said.

For many Christians, this is the gospel summed up in 140 characters or less – Jesus came to make people Christians and if you don’t explicitly become a Christian, then you’re damned to an eternity in hell.

Even the slightest hesitation at affirming this message is painted by those who hold to this position as heresy of the most vile kind. But is it really?

Are non-christians really going to hell?

Now, before your evangelical upbringing takes over, shuts down your higher cognitive functions, and you denounce me as a heretic in the comments section, I ask that you pause before sentencing me to hell to consider a few things – a few Biblical things.

Let’s assume for a second that Driscoll is right and non-Christians are going to hell. What would be the implications of that be, biblically speaking?

Well, for starters, that would mean that everyone in the Old Testament is going to hell because not a single one of them were Christians, none of them had ever even heard of the name of Jesus, and not one of them were anticipating Jesus to come and save them from their sins – because they already had a sacrificial system to take care of their atonement for them.

So, because the Old Testament saints didn’t make a confession of Christ as their personal Lord and Savior, Abraham, Moses, David, Ruth, and all the rest must be burning in hell, right?

But things get even trickier in the Old Testament when we consider the cases of Enoch and Elijah. According to the Bible, both men – neither of whom were Christians – were taken by God directly to heaven. Which leaves us with a pretty clear conundrum – either the Bible is wrong and they actually went to hell or we’re wrong and maybe, just maybe there are non-Christians in heaven.

Now, by the time we get to the New Testament, things get really awkward for our non-Christians are going to hell gospel.

You might recall a fellow named Jesus. He was a Jew. Born a Jew. Lived as a Jew. Crucified as a Jew. Rose again as a Jew.

Does this mean Jesus is going to hell too because he never renounced Judaism and accepted himself as his personal Lord and Savior? Because if so, then things are going to be really really awkward in heaven.

But that’s a huge rabbit hole to go down. So, for the sake of the argument, let’s say Jesus gets to go to heaven even though he wasn’t a Christian. Fair enough? Great.

Well, what did Jesus have to say about the eternal destiny of non-Christians?

Now, before you jump the gun and join Driscoll in a rousing chorus of non-Christian damnation, consider this – Jesus never said non-Christians are going to hell anywhere in any of the gospels. In fact, he never talked about Christians at all, no one did until, according to the book of Acts, after Pentecost. You would think if “become a Christian or go to hell” was actually the heart of the gospel, Jesus would have said so.

Even after Pentecost, Paul never makes the claim that non-Christians are going to hell in any of his letters. Sure, he talks about the ungodly and the pagans, but if ungodly means non-Christian, then Jews would fall under that umbrella and, considering Paul thought Christians were being grafted into Israel, then we’ve got a serious and confusing problem on our hands.

And before we go arguing that the damnation of other non-Christians is implied, we should remember that Paul was a pretty good theologian who said what he thought. If he believed all non-Christians were damned to hell, you would think the greatest theologian in the history of the church would have taken the time to mention such an important point in no uncertain terms.

Instead, he says radical, anti-exclusivist things like “For I am convinced that neither death, nor life, nor angels, nor rulers, nor things present, nor things to come, nor powers, nor height, nor depth, nor anything else in all creation, will be able to separate us from the love of God in Christ Jesus our Lord.” Not exactly the words of a man damning people to hell.

But, isn’t that “our Lord” part important? And while we’re at it, sure the word “Christian” doesn’t appear in the gospels, but doesn’t it basically just mean a follower of Jesus, “our Lord?”

I’m glad you brought that up, because this is where things get really messy in our quest to damn non-Christians to hell.

What exactly does it mean to be a follower of Jesus?

Are you really a follower of someone because you claim to be with your words or because you demonstrate it with your life? Does saying a special prayer make you a follower or does doing the sorts of things Jesus did make you his follower?

If it’s the latter, then we’re in a little less murky water with the Old Testament since we could argue that many of the saints in those books did the sorts of things followers of Jesus would do.

But that still leaves us in a sticky situation when it comes to all those tax collectors and Samaritans and Roman soldiers and Jews that Jesus seemed to welcome into the kingdom because they were willing to follow where he led. And that’s to say nothing of people today who incarnate the love and grace of Jesus in ways distinctly reminiscent of the teacher from Nazareth, yet who never claim his name. They embody Jesus in a way very similar to those in the Old Testament who knew nothing about Jesus. Would Jesus really treat them differently than the tax collectors, Samaritans, Roman soldiers, and Jews of his day? If he did, wouldn’t that make him more than a bit of a hypocrite?

So, once again, we find ourselves in a bit of a conundrum – either Jesus was wrong and there are no non-Christians in the kingdom of God or we’re wrong and maybe, just maybe they’re not all burning in hell after all.

But we’re saved by faith alone, you say.

Well, that’s actually Luther, not the Bible. Likewise, faith = intellectual ascent is also not the Bible. It’s evangelicalism. The sort of faith the Bible talks about is faithfulness to God through a particular way of life. It’s why all the heroes in that famous chapter in Hebrews are listed as heroes of the faith because they were faithful with their lives, not because they agreed to a list of ideas – or even because they declared the name of a person they never heard of as their personal Lord and Savior.

Now, not for a moment does this negate Jesus’ declaration that he is the only way to the Father. It simply expands that exclusivity beyond the contrived parameters we place upon it. It expands the centrality of Jesus beyond our demands that people openly and explicitly acknowledge that we’re right about everything. If this isn’t true that people can come to the Father through Jesus without actually declaring themselves to be Christians, then we have no way to account for the salvation of those in the Bible who never claimed Jesus as Lord.

So if that’s true, if the Bible does indeed make space in heaven for those who never claimed the name of Jesus before he was born and if Jesus made space in the kingdom during his ministry for people who never claimed to be Christians and if there are people today living out the life of Jesus though, like their Old Testament counterparts, they know him not, then we need to be extremely careful about making absolute damnation claims about people the Bible doesn’t seem so interested in damning to hell.

In other words, when we go around declaring the damnation of non-Christians, the only thing we accomplish is that we end up making a huge mess of the entire Bible.

All of that to say, despite what so many like to claim, telling people they’re going to hell is not an act of love. It’s just arrogant and judgmental.

It’s the work of Pharisees who think they control the keys to eternity.

So, are non-Christians going to heaven?

Well, according to the Bible at least two are (Enoch and Elijah), three if you count Jesus.

Beyond that, I have no idea who is or isn’t going to heaven because I’m not God.

And neither does Mark Driscoll or anyone else.

God is the only one that gets to decide our eternal fate, which is why Jesus told us to judge not when it comes to heaven and hell because the same charity we afford in our judgment of others will one day be extended towards us. And since extending charity to people we don’t like or disagree with is something most of us are pretty terrible at, it’s probably a good idea that we heed Jesus’ words and stop declaring who is and who isn’t going to heaven.

Otherwise, the day may come when we, not they, are the ones who find ourselves warm and toasty.