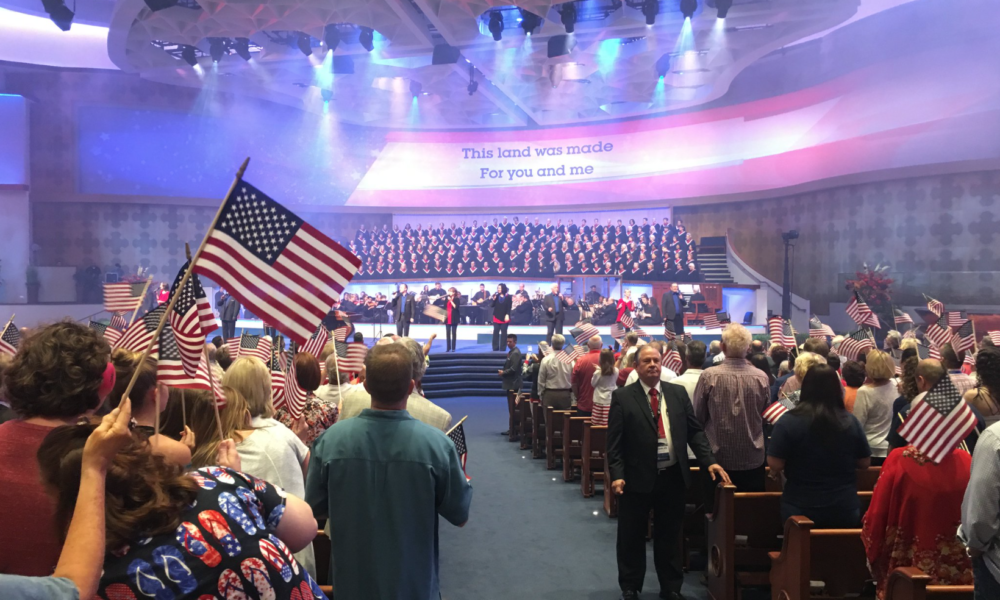 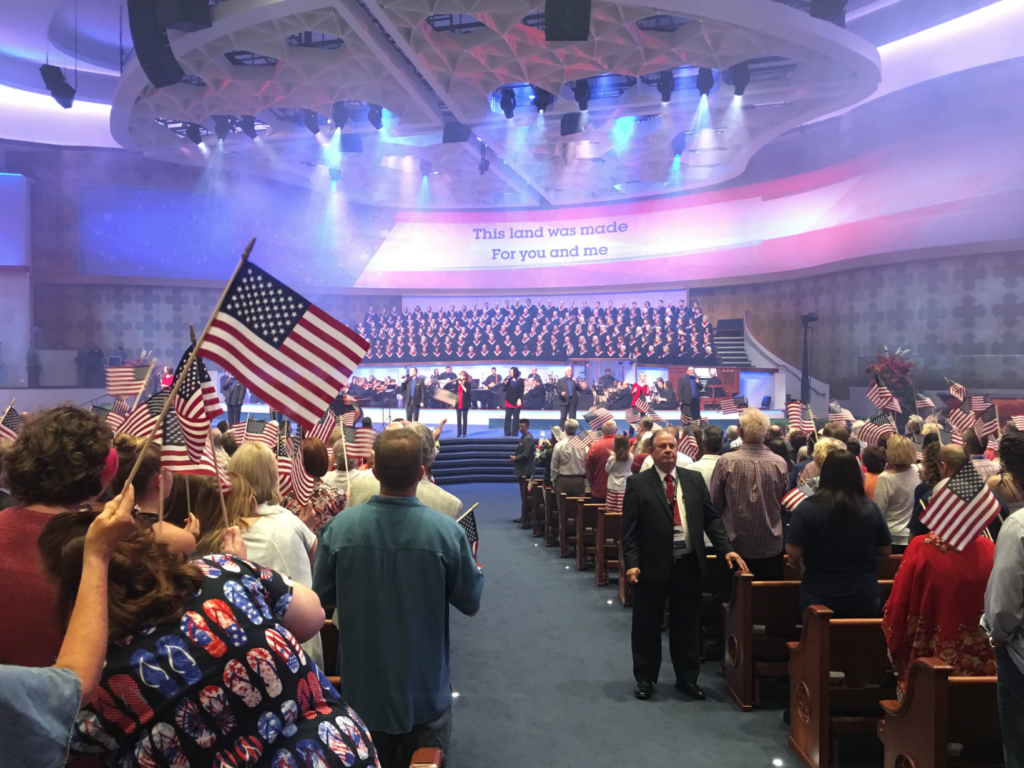 As millions of Americans fight for survival on the island of Puerto Rico, Donald Trump continues to stir racial animosity stateside.

Not because he actually cares about the flag or the anthem or even patriotism.

All Donald Trump cares about is Donald Trump and he (rightly) sees an easy way to score cheap political points by exploiting racial tensions for his own gain.

Trump correctly recognizes that patriotism is our national religion and the flag and the anthem our idols which demand our allegiance and must be revered and honored without question.

Acting as a sort of patriotic high priest, Trump has branded the NFL a den of iniquity, condemned players who take a knee as godless sinners, and called on the faithful to stone anyone who stands up to him.

One would be forgiven for thinking that Christians who claim total and complete allegiance to Christ, wouldn’t fall for Trump antics, but they would be sadly mistaken.

And, yet, it really shouldn’t come as any surprise.

And not just because 81% of white evangelicals cast their ballot for Donald Trump.

American Christianity doesn’t think twice about idolizing the flag because we’ve been giving it a place of honor in our churches for generations.

And not just anywhere in our churches, but in our sanctuaries, the very heart of corporate Christian worship.

And not just anywhere in our sanctuaries, but often right up front near the altar.

They typically hang there on freestanding poles which themselves are often topped by a brass eagle – the same sort of brass eagle the Romans used atop their imperial banners.

The same Romans who nailed Jesus to a cross.

Which means many of our houses of worship are adorned with the symbol of a crucified God and the standard of the empire that crucified him.

Yet we wonder why so many American Christians struggle to see any conflict between their devotion to God and devotion to country.

And why should they when every Sunday the imagery staring them in the face sends the clear and unequivocal message that the empire is just as holy as our savior, or at least holy enough to have a place of honor alongside the cross?

That’s not to say symbolism alone is the reason 81% of white evangelicals threw their support behind a man so objectively anti-Christ and why they continue to support his nationalistic rallying cries, but the images we surround ourselves during worship aren’t placed their by accident. They’re put in place on purpose and for a reason: because they point to and remind of us the things we cherish most, the things we are called to worship.

And that worship in turn shapes our lives because it declares what we believe and those beliefs form our lives.

Or as the ancient church put it: lex orandi, lex credendi

The law of prayer is the law of faith.

This is why God laid down such specific rules for what could and could not be placed in Israel’s houses of worship.

You shall tear down their altars, break their pillars, and cut down their sacred poles  (for you shall worship no other god, because the Lord, whose name is Jealous, is a jealous God)

And again in Deuteronomy 16…

These commands, of course, didn’t stop the people of Israel from erecting so-called Asherah poles in their houses of worship.

In fact, they did it over and over again.

In the book of Judges, there was no king in Israel and everyone did what was right in their own eyes, including erecting Asherah poles which stood in their places of worship until Gideon showed up in chapter 6 and tore them down under the cover of night.

But that didn’t put an end to the people of God’s love affair with the Asherah pole, nor did the presence of a king.

In 2 Kings 21, King Mannasah “made a sacred pole, as King Ahab of Israel had done, worshiped all the host of heaven, and served them.”

It wasn’t until another king, Josiah, ordered them destroyed, that the Asherah poles were removed from Israel’s houses of worship, ground into dust, and thrown “upon the graves of the common people.”

The problem wasn’t that God inexplicably didn’t like poles.

It’s that those poles were dedicated to another God, Asherah, and thus represented a split and conflicting allegiance.

Or as Jesus put it, “No one can serve two masters; for they will either hate the one & love the other, or be devoted to the one and despise the other.”

That doesn’t mean we can’t love God and love America, but if our love for America causes us to ignore American injustice, we’ve stopped loving God and our neighbor.

And that’s exactly what we’re witnessing in the fierce backlash against NFL players who have chosen to take a knee during the national anthem.

Our black neighbors are crying out for justice, yet we ignore them, demanding they shut up, stand up, and stay in their place.

Our love for the flag is keeping us from loving our neighbor because America has become our God and nationalism our religion.

It’s happened slowly over several generations and has come about in a myriad of ways, but the placement of the American flag as a sacred symbol in our sacred spaces cannot be overstated even if most of us never give it much thought on any given Sunday morning.

The presence of the flag functions no differently than a stained glass window, telling us the story of our faith, what we should worship, and how we should live our lives.

It shapes our lives by shaping our beliefs whether we are conscious of it or not.

Such is the power of symbolism.

Which is why we need to remove the American flag from our churches immediately and, frankly, repent for ever setting up an idol in the Church in the first place.

If we don’t, the Church will lose its prophetic power and Christianity will become nothing more than an empty shell, a white washed tomb, a pawn used by the government to sanctify public policy, spread propaganda, and silence dissent.

I say “if” and “will,” but the sad truth is that may be the state of the Church in America already.