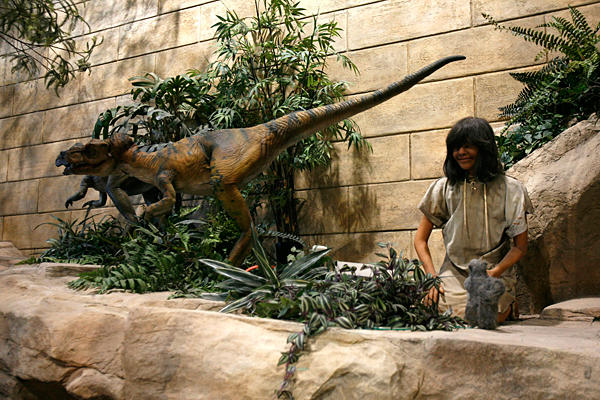 I read this clever post about ordination recently and it got me to thinking.

What other “hot button” issues does the church need to rethink?

For example, we call most people who believe in creationism “fundamentalists” because we assume the idea is “fundamental” to the Bible, whereas those who support evolution are somehow breaking away from the basics.

But is that true?

More to the point, should Christians even believe in creationism?

Now, when I say “creationism” I mean belief in a literal six day creation of the world, not the idea that God is the ultimate Creator of the universe.

Yes, Christians should believe in God as the Creator, but I would like to suggest 10 reasons why Chrisitans shouldn’t believe in creationism.

#1 – According to the book of Psalms, nature reveals God’s glory and God’s handiwork. In other words, we can look at nature and discern how God created. Science has done this and discovered that nature reveals a God who created through evolution. So, if nature reveals evolutionary mechanisms at work, but God really created everything in six literal days, but chose to deceive the experts by displaying evolution in nature, then God is a trickster and a liar. In that case, the God of creationism is not the God of the Bible.

#2 – Speaking of nature, creationists would have you believe that contrary to the laws of nature, God created everything instantly. There’s a word for this sort of action which breaks the known laws of science. We call it “magic” or “witchcraft”.  According to Deuteronomy 18, however, practicing witchcraft or magic of any kind is a sin. To be a creationist, then, you must believe that God is a sinner.

#3 – Speaking of sin, creationists get really upset about the idea that humanity shares a common ancestor with apes. Instead, they argue that everyone descended from one man, Adam, and one woman, Eve. If that is true, then we are all the products of incest. However, according to Leviticus 18 incest is a sin. If that passage from the Bible is true, then creationism is founded upon sin. Monkeys, on the other hand, are not sinful.

#5 – Christianity is all about restoration and reconciliation. It’s about uniting creation back to its Creator. Evolution supports this effort as it claims that all life on planet Earth is fundamentally connected. Creationism, on the other hand, argues that all plants, animals, and people on Earth, being created on separate days, are fundamentally disconnected from one another, thus furthering the division in the world which Jesus came to heal. Therefore, evolution is more Christlike than creationism.

#6 – If the majesty of creation tells us anything about God, it’s that God is all about beauty. The Creation Museum, however, is tacky and cheesy, both of which are the opposite of beauty. To be the opposite of something is to be its antithesis. Therefore, since beauty comes from God and (as we learn from looking at The Creation Museum) creationism is anti-beauty, then it is also anti-God.

#7 – According to creationists we must believe in a literal six day creation because everything in the Bible must be understood literally. If that is true, then Jesus’ command to cut off your hands or gouge out your eyes if they cause you to sin must also be taken literally. Since there are no creationists in the world who take these commands literally, creationism must be grounded in hypocrisy in order to work. However, in Matthew 6, Jesus says “don’t be like the hypocrites.”

#8 – The Bible is all about long journeys with God: 40 days on the ark, 40 years in the wilderness, 400 years in Egypt, etc. Evolution is a big supporter of really long journeys. Creationism, on the other hand, wants things to happen instantly and then be over with. If the goal of Christianity is to spend not just billions of years, but eternity with God, then creationism’s emphasis on getting things with God finished quickly seems to be anti-Christian.

#9 – If Colossians 1:16 is correct that through God all things in heaven and earth were created and science is a thing on the earth, then it is something God created. Therefore, when creationists reject science and the theory of evolution, they are in fact rejecting God’s creation and therefore God. Vice versa, when we embrace science we are in fact embracing both God and God’s creation.

#10 – Finally, creationists argue that dinosaurs and man lived side by side. If that is true, then The Flintstones is the most historically accurate portrayal we have of prehistoric life. While Fred, Wilma, and Dino are great, the church has enough credibility problems as it is. Trying to get science classes to use The Flintstones as part of their curriculum will only hinder the furthering of the gospel message. If we really want to spread the gospel, then we’ll have to let Barney and Bam-Bam remain on The Cartoon Network.