You’re Not Right. Get Over it. – By Sharideth Smith 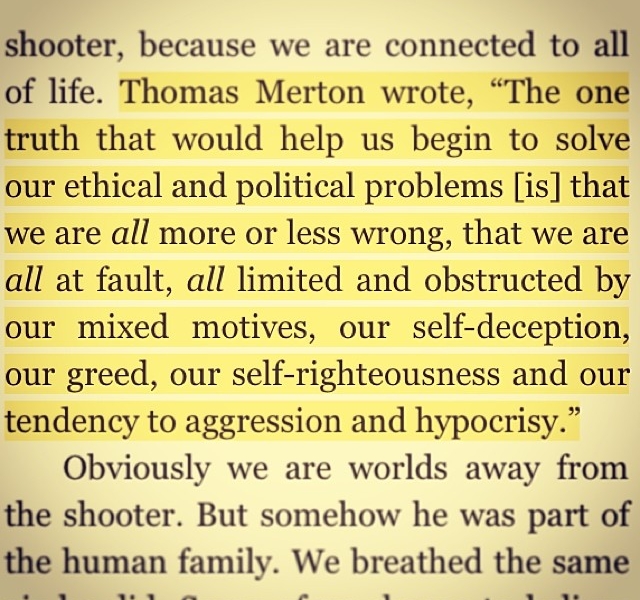 I’m a political conservative. Yeah. I’m pretty sure Zack either had a new dad lack of judgement caused by no sleep or an aneurysm when he asked me to guest post. Who knows. Yet, here we are.

So I am going to take this opportunity to tell you silly liberals that you are not always right. You have not cornered the market on all knowledge and make the country and humanity at large work to the best of its ability.

And neither have the conservatives.

As far as I can tell, nobody has because trillion dollar deficit.

We, the collective US of A “we”, are overdue for some serious, put our pride aside dialogue. Matthew Paul Turner posted this on his Facebook page and I promptly stole it.

Now I admittedly do not know as much as I should about Thomas Merton, but that little truth nugget should be required reading for everyone everywhere ever. Go ahead and read it again. I’ll wait.

The moment we begin to believe we know best and that those who disagree with us have nothing to offer, the world loses. The least of these…lose. The widows and orphans…lose. Common sense and accomplishment…lose. Anytime your pride is the only winner, something is very wrong.

I’m guessing you want some examples of how I think each side gets it wrong? And even if you don’t… Conservatives need to calm down and let people marry who they want to and liberals need to recognize that sometimes it is more compassionate to cut someone off of the government tit. Obama needs to stop being so ridiculously shady in his use of drones and Ted Cruz needs to…well…disappear. And everyone needs to stop spending so much fricking money.

Look, I use to be a tow-the-line Republican. There was time when the only Democrat I had voted for was actually a Republican running against an incumbent so terrible, the Democrats let him take their candidacy because they knew he could win. True story. I’ve sat on platform revision committees and given campaign advice to a gubernatorial candidate. I also use to listen to Rush Limbaugh every day. We all have our personal shame. That is mine. The point is, I know what it means to be devoted to a party and fight for all things Republican. But not anymore. I’m still a conservative, but I no longer affiliate with any particular party. Defending any single ideology based on political party is exhausting and ultimately leads to lazy introspection. You don’t have to change if you never have to think.

It is okay to admit when we’re wrong or that we have changed our minds or to listen to someone with a different perspective and concede that he may have a point. There is no shame in that. What we really should be ashamed of is our refusal to see past the end of our own voting ballot.

Don’t fear the conversation. Accept that there might be something for you to learn. If we all do that, God knows what we could get done. Literally.

Sharideth Smith is a wife, a homeschooling mom, politically but not psychotically conservative, and a pool dolphin (shark is too strong a word) who sucks at darts, but rocks in the kitchen. You can check out her blog A Woman’s Guide To Women: A Blog For Men here and follow her on Twitter here.