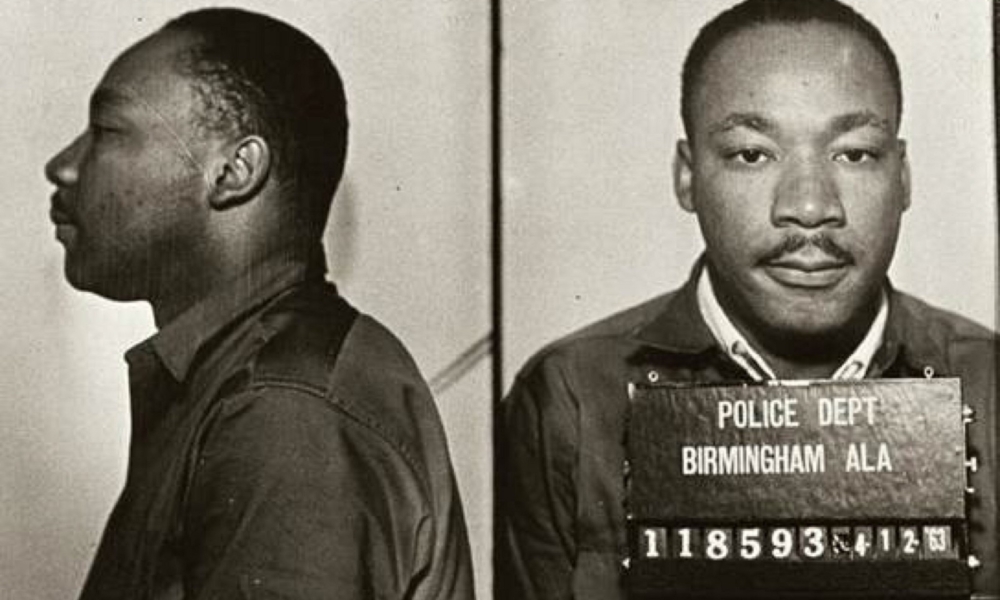 If you don’t get goosebumps listening to the end of Martin Luther King Jr.’s I Have A Dream speech, you need to check your pulse.

Or maybe your soul.

It’s a riveting message of hope and aspiration for a future free from the racial divide that plagued America in the middle of the 20th century and continues to plague us today.

As a naive, middle-class white kid in the 90s, I thought America was well on its way to achieving the racial harmony Dr. King dreamed of. After all, I didn’t experience racism in my own life, the schools I attended were incredibly diverse, and my friends of color never said much to me about racial tension, so I just assumed it was all in the past or at least mostly in the past.

In retrospect, naive feels like an understatement. Pathetically oblivious is probably closer to the mark. White privilege closer still.

But then Barack Obama became President and even though I knew things weren’t great with the Muslim community post-9/11, surely electing our first black president had us closer than ever to fulfilling Dr. King’s dream, right?

But you know how that went.

There was hope for change at first, but right alongside it came racist attacks claiming Obama wasn’t really from America, that he was born in Kenya, and was secretly a Muslim trying to overthrow the United States and enforce Sharia Law. But we (or at least naive white people like myself) dismissed those attacks as a racist fringe whose heyday was long past.

And then you know what happened next.

We elected that racist fringe as our next President and racism became not just normalized, but patriotic with many Christians inexplicably going out of their way to defend a President whose every word and deed, from private profanity laced rants to public policy, reveal a deeply racist man pandering to a deeply racist base who biggest fear is the erosion of white supremacy in America.

And while it’s easy to be revolted by characters like Jerry Falwell Jr. and Franklin Graham or those friends and relatives on Facebook who do their best mental gymnastics to try and explain why Donald Trump is not just a Christian, but God’s anointed leader, the longer this tragedy plays out, the more convinced I’ve become Trump loving “Christians” aren’t the gravest threat either to America or the Church.

And by “I’m convinced,” I mean Dr. King was convinced of this long before I or Trump ever arrived on the scene.

Dr. King’s I Have A Dream Speech will get a lot of press today, but it’s his Letter From A Birmingham Jail that really deserves our attention because it exposes the real challenge we face.

First, I must confess that over the past few years I have been gravely disappointed with the white moderate. I have almost reached the regrettable conclusion that the Negro’s great stumbling block in his stride toward freedom is not the White Citizen’s Counciler or the Ku Klux Klanner, but the white moderate, who is more devoted to “order” than to justice; who prefers a negative peace which is the absence of tension to a positive peace which is the presence of justice; who constantly says: “I agree with you in the goal you seek, but I cannot agree with your methods of direct action”; who paternalistically believes he can set the timetable for another man’s freedom; who lives by a mythical concept of time and who constantly advises the Negro to wait for a “more convenient season.” Shallow understanding from people of good will is more frustrating than absolute misunderstanding from people of ill will. Lukewarm acceptance is much more bewildering than outright rejection.

I had hoped that the white moderate would understand that law and order exist for the purpose of establishing justice and that when they fail in this purpose they become the dangerously structured dams that block the flow of social progress. I had hoped that the white moderate would understand that the present tension in the South is a necessary phase of the transition from an obnoxious negative peace, in which the Negro passively accepted his unjust plight, to a substantive and positive peace, in which all men will respect the dignity and worth of human personality. Actually, we who engage in nonviolent direct action are not the creators of tension. We merely bring to the surface the hidden tension that is already alive. We bring it out in the open, where it can be seen and dealt with. Like a boil that can never be cured so long as it is covered up but must be opened with all its ugliness to the natural medicines of air and light, injustice must be exposed, with all the tension its exposure creates, to the light of human conscience and the air of national opinion before it can be cured.

Black or white, asian or hispanic, you know exactly who Dr. King is talking about.

They’re the folks who wish that Kaepernick fella could have found a less divisive way to protest.

When Trump was elected on a campaign built upon unapologetic racism, defined by bigotry, and riddled with grotesque misogyny, these were the folks who called on their fellow Christians to support him through prayer and begged everyone they knew to just give the man a chance.

And a year later, after it’s become (once again) indisputably obvious just how corrupt, hateful, bigoted, and racist Trump really is and how perverse it remains for Christians to continue to support and defend him, these are the folks who refuse to say a negative word about, let alone hold to account their friends, loved ones, and neighbors who use their faith to sanctify his bigotry and racism.

Because speaking out could be costly and at the very least would make those relationships very awkward.

Which is why it is today just as Dr. King wrote not so long ago. These otherwise good people long not so much for peace as they do for an absence of tension.

And it will be that longing that ensures peace will remain elusive all the longer.

That is not to say that the future rests solely in the hands of moderate white Christians. It doesn’t. But for every Jerry Falwell Jr. and Franklin Graham out there, there are 10 or even maybe a 100 moderate white Christians and Christian leaders out there who could speak out forcefully against both the racism engulfing the White House and its sanctification from wide swaths of the Church, but they choose to remain relatively silent.

I say relatively because when pushed, they do condemn the racism and its sanctification…but only when directly confronted about their silence.

The problem is we shouldn’t have to be pushed to condemn racism wherever and in whomever it rears its ugly head. As Christians, condemning racism in all its forms and places should come as naturally as breathing.

That it doesn’t speaks volumes about just how Christ-like our Christianity really is.

Though we long for something different, the reality of the situation as it stands in America today (and has since our founding) is that moderate white Christian leaders have both the numbers and the institutional and grassroots sway to call the Church to repentance and remind the people of God what is means and what it looks like to be a follower of Jesus.

This is why Dr. King was becoming so convinced that moderate Christians were a bigger challenge to the Civil Rights movement than the KKK.

As heinous and appalling as the KKK was and is, its numbers are relatively small and its influence doesn’t extend far beyond the most vile segments of society.

Moderate white Christians, on the other hand, hold a great number of leadership positions both throughout the Church and in the secular world as well (which is itself problematic, but a problem for another post). Moreover, by virtue of being moderate, these folks tend to have cultivated relationships on both sides of the aisle; a great foundation that can and should be built upon in moments like this to bring about real and lasting peace.

But, as I said before, finding that courage can be painful. It will sometimes mean the end of relationships and almost every time will create division.

Which brings us back to the words of Dr. King.

That desire is not a bad thing. In fact, it’s something we should all long for.

But even if “we” get it or “we” maintain it, that absence of tension usually isn’t peace.

Because the loss of tension is created (more often than not) by simply ignoring or denying the problem exists while surrounding ourselves with people who look and talk and act and think just like us. We call that “unity” and hold on desperately to that fantasy no matter the cost, because it’s easier, all the while believing we’re pursuing or evening achieving our highest calling as the Church: unity.

We should pursue unity, but when the marginalized are sacrificed on the altar of Christian unity all for the sake of keeping up appearances and alleviating tension, then unity becomes an idol that must be destroyed.

The Church needs unity, but not simply for the sake of unity. It needs to be unified in the cause of justice. That can’t happen when part of the Body is rotting away in racist decay while another part of the Body that could help heal the decay, instead looks on shrugging its shoulders in complacent lament.

Neither America nor the Church needs a white savior.

But both could use all the help they can get.

And so as Dr. King wrote from his prison cell 50 years ago, sheer numbers and current power structures demand that moderate white Christians wake up from their complacency (and complicity) and decide where they stand.

Will it be alongside Christ and the oppressed?

Or in service to racism, bigotry, and hatred?

Because there is no middle ground.