Why Is ‘Song of Songs’ In The Bible? 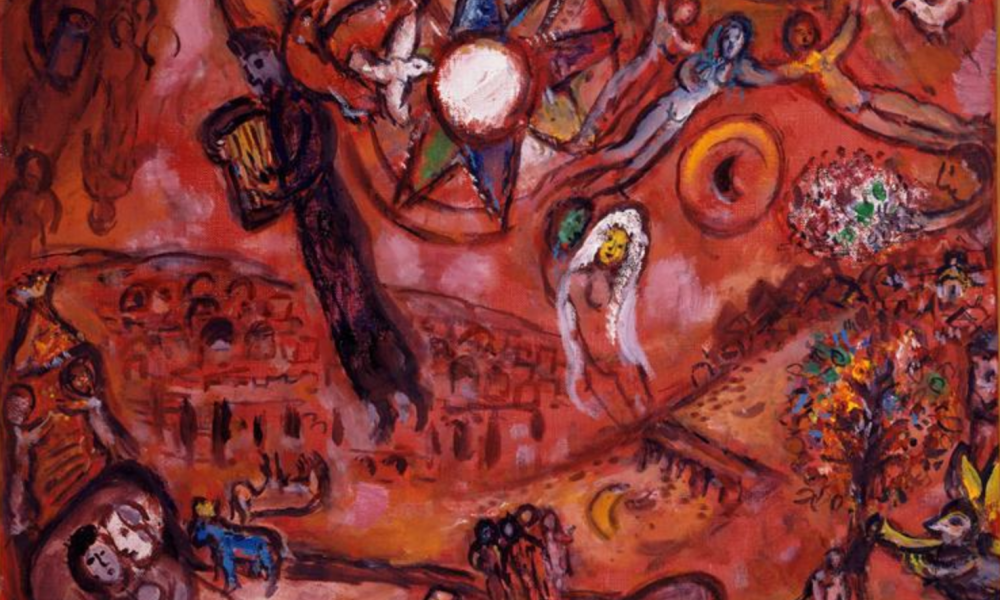 It’s not exactly a topic you associate with the Bible, at least not in a particularly positive sense.

If the Bible does talk about sex, we assume, it’s not in a very positive light. Often times that is true. There are many stories in the Bible that warn against all sorts of sexual vices.

But then there’s that funny book in the Old Testament called Song of Songs, or Song of Solomon.

Not only is it all about sex, it celebrates it. Not exactly the sort of thing you expect to be called “holy scripture.”

So, why is Song of Songs in the Bible? Does it even belong there?

If I can, allow me to momentarily add your confusion in order to offer an explanation that was given to me yesterday that I think does an excellent job of clarifying the role of Song of Songs in the Bible.

Why is Song of Songs in the Bible?

Because it can be the hermeneutical key for interpreting scripture.

This semester I’m taking a course at Yale in medieval theology. It’s taught by the one and only Denys Turner. I say “one and only” because, not only is he one of the world’s leading scholars in this area, he’s a brilliant, kind, and utterly entertaining person.

During this first section of the course we’ve been covering the medieval monastic communities, those great men and went who left “the world” to find the real world.

As it turns out, despite their vows of celibacy, these monks were fascinated by Song of Songs. In fact, according to Denys, it was the second most commented on book of the Bible during this period behind only the Psalms, which the monks prayed and sang everyday.

So, why this obsession with Song of Songs? Was it simply pent up sexual frustration? Perhaps, but not likely.

In other words, Song of Songs isn’t really about sex. And if we think it is, it’s because our modern sexually saturated minds can’t let us see anything else.

The great church father Origen had a way of talking about this. For him, there are two ways to interpret scripture: the literal sense and the spiritual one. New Christians, or as the apostle Paul might call them, children in the faith, read the Bible in the literal sense, what is simply written on the page. They are not quite ready for spiritual meat, so they must settle for spiritual milk.

But God does not intend us to stay as children, reading Scripture merely in the literal sense.

God wants His children to grow into mature adults, to eat spiritual meat, to read the Bible in the deeper, spiritual sense God intended.

Because according to the Christian faith, the entire Bible is about Christ, including the Old Testament. In fact, Origen would go so far as to argue that because everything in scripture is directed towards Christ, there really is no Old Testament for Christians. It’s all the same story.

The monks understood this. Which is why they were so interested in Song of Songs. Not because they were sexually repressed, but because, celibate though they were, they understood what sex is really about – expectation and fulfillment.

Song of Songs is a beautiful poem describing the ebb and flow of expectation and fulfillment that comes about between two lovers. They long for each other, they embrace, and the process begins a new. Anticipation may not be better than the realization in this particular case, but it’s an essential component that makes the realization all the greater.

As the medieval monks so brilliantly observed, this ebb and flow of expectation and fulfillment isn’t just about sex. It’s a description of the entire Biblical narrative.

There is the expectation of creation, fulflled when the world is finally finished on the seventh day.

But the process begins anew when the flood waters come, the earth is remade, and new expectations begin for a people who will devote themselves to God, expectations that are finally fulfilled when God chooses a man named Abram and he says “yes.”

The story of the Exodus is one of hundreds of years of patient expectation in slavery, finally fulfilled when Moses leads the people of out bondage.

But then the process begins anew when 40 years of expectations in the wilderness are finally fulfilled when the people cross over into the Promised Land.

As Origen, and others, observed, the rest of the Old Testament is filled with the expectations of a coming Savior, expectations which are finally met in the Gospels.

But once again, the process begins anew after Jesus’ ascension and the rest of the New Testament begins a new set of expectations which will one day be fulfilled with the Second Coming of Jesus.

The narrative of scripture is one of expectation and fulfillment. It’s a story of longing and embrace between God and His people. It’s a story of expecting that God to be faithful, and then standing back in wonder when God fulfills His promises in ways we could never begin to imagine.

Song of Songs captures this beautifully. Which is why, strange though it may sound, the monks were right.

It’s the key to understanding the entire Bible.