Where Is God When We Suffer? 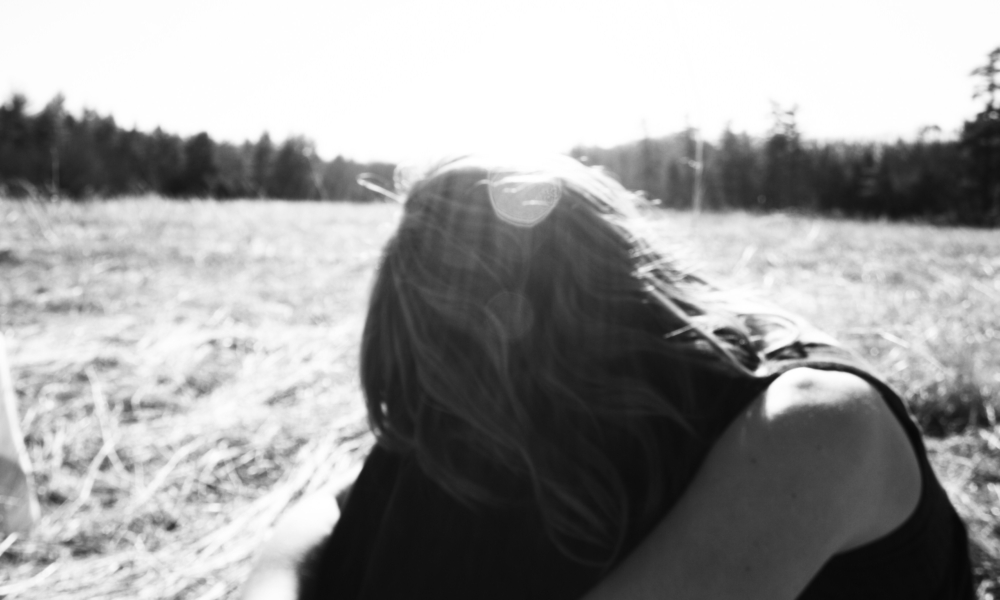 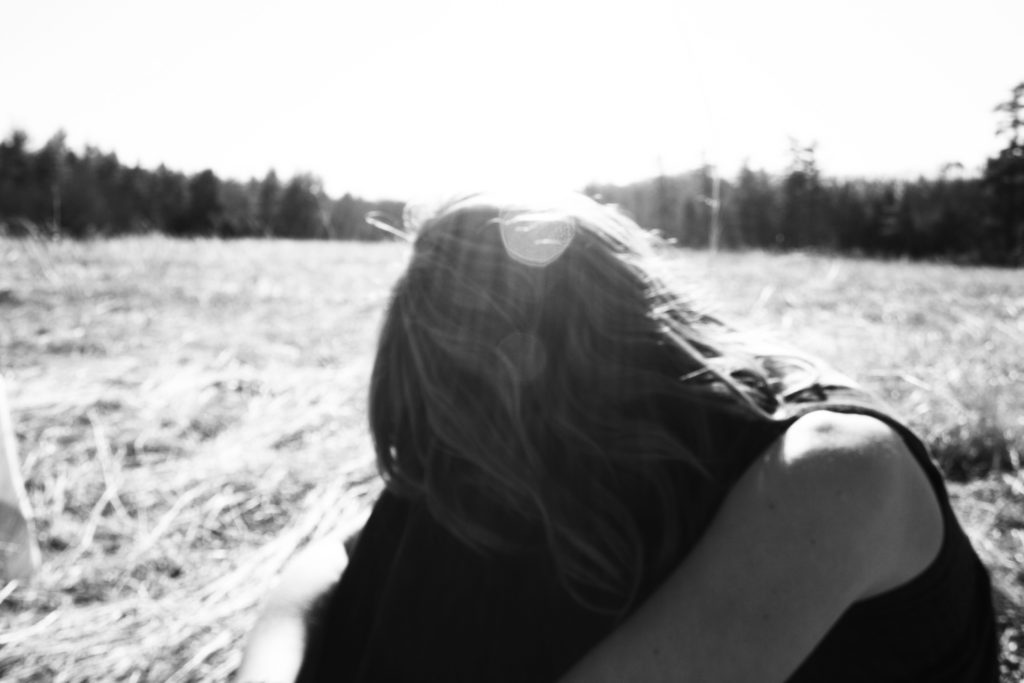 A few weeks ago, my pastor preached from 1 Kings 19.

The passage recalls Elijah’s flight for his life after the events on Mt. Caramel and eventual arrival at Mt. Horeb.

You know the story from there.

Elijah was hiding in cave when an angel of the Lord told him to come outside.

The story of Elijah waiting for God reminded me of a joke (of sorts) you’ve probably heard before. It takes the opposite approach, but essentially makes the same point about God’s presence in our lives, particularly during moments of great strife.

A flood comes and a devout man finds himself stuck on his rooftop praying to God for help.

Soon a man in a rowboat came by and the fellow shouted to the man on the roof, “Jump in, I can save you.” The stranded fellow shouted back, “No, it’s OK, I’m praying to God and he is going to save me.”

So the rowboat went on.

Then a motorboat came by. “The fellow in the motorboat shouted, “Jump in, I can save you.” To this the stranded man said, “No thanks, I’m praying to God and he is going to save me. I have faith.”

So the motorboat went on.

Then a helicopter came by and the pilot shouted down, “Grab this rope and I will lift you to safety.” To this the stranded man again replied, “No thanks, I’m praying to God and he is going to save me. I have faith.”

So the helicopter reluctantly flew away.

Soon the water rose above the rooftop and the man drowned. He went to Heaven. He finally got his chance to discuss this whole situation with God, at which point he exclaimed, “I had faith in you but you didn’t save me, you let me drown. I don’t understand why!”

To this God replied, “I sent you a rowboat and a motorboat and a helicopter, what more did you expect?”

The obvious moral of the story is a lesson about miracles and how we often look for God in extravagant, made for Hollywood moments when sometimes, many times God works through ordinary means.

In other words, God is often present in mundane places we may not expect.

In Elijah’s story, the original audience, much like the religious man stranded on his rooftop, would have expected God to show up in the extravagant displays of nature described in 1 Kings. Mt. Horeb’s other name, after all, was Sinai and God had appeared there in great fanfare before – in fire no less – so why shouldn’t God do the same again?

But, of course, God didn’t.

God appeared in the most mundane of ways in Elijah’s most urgent time of need.

In a gentle whisper.

It’s kind of frustrating, to be honest. At least to me because sometimes I need extravagant to jumpstart my faith and save it from the trash pile of life.

But that frustration doesn’t even account for the far less poetic moments when God doesn’t seem to show up at all. When, in the dark night of our soul, we find ourselves crying out with the Psalmist (and Jesus), “My God, my God, why have you forsaken me?”

I say “seem” because the truth is I don’t always know where God is when we suffer and I think anyone who claims they do is either lying to themselves (and others) or plagued by a great deal of delusion.

Sometimes God is present in overwhelmingly real ways we can point to even if nobody else around us can see it as clearly as we do. And sometimes God couldn’t seem further away or more absent right when we need God’s presence the most.

I can’t and won’t pretend to tell you where God is all the time, but if recent months have taught me anything, it’s that God often shows up in the tough moments of our lives in ways and places we might not expect because so often in our most difficult times we come running to God demanding a Cecile B. DeMille sized miracle while God is already standing right beside us offering grace in ways that can feel so frustratingly mundane, ordinary, and sometimes even disappointing in comparison and yet are exactly what we need even if we can’t see it as clearly as God does.

As I type this, I’m sitting in a La-Z-Boy recliner that seems about as old as I am, getting my I-can’t-remember-number of chemotherapy treatments and I wouldn’t mind a miracle of biblical proportions. I would love to see God walk through the door and tell me “Stand up and walk. You’re cancer free.”

But that’s probably not going to happen.

Instead, my nurse is going to walk in a few minutes, change out my IV bags, and tell me “You’ve got about 2 hours left to go.”

But after 3 months of this, 3 months of having my life turned upside down, I find that act no less miraculous and God no less present than Elijah’s encounter on Mt. Horeb or, perhaps more accurately, the anonymous drowning punchline who said “no” to a rowboat, a motorboat, and a helicopter.

One from Revelation, the other from the Gospel of Matthew.

In the fifth chapter of John’s Revelation, as he mourns the absence of someone worthy to open the seven sealed scroll, he is told “Do not weep. See, the Lion of the tribe of Judah, the Root of David, has conquered, so that he can open the scroll and its seven seals.”

It’s Jesus, of course, but what’s so interesting about Jesus’ appearance is the form of his appearance. As John recalls it, “Then I saw between the throne and the four living creatures and among the elders a Lamb standing as if it had been slaughtered.”

Which, if you’re paying attention at home, means even in heaven and all throughout eternity Jesus still bears the scars of the crucifixion, the same scars he told Thomas to touch and believe.

Now, there are all sorts of wonderful theological insights to be mined here, but what this story of a scarred up God tells me is God cares about our wounds. If God didn’t, God would have chosen a new, wound-free body for eternity. But God didn’t because our pain is God’s pains, our wounds are God’s wounds. God bore our infirmities and carried our disease, was wounded for our transgressions, crushed for our iniquities, and by his bruises we are healed.

God bears those bruises throughout eternity because hard though it may seem to accept sometimes this side of heaven, our pain and our suffering matter to God and will always matter even when that days come when he will wipe every tear from our eyes, when death and mourning and crying and pain will be no more, for the first things will have passed away.

Our pain matters to God now and forever.

And God is already working in the here and now to wipe every tear from every wherever two or three are gathered in His name.

When most of hear Jesus say, “where two or three are gathered in my name, there am I with them,” we regulate that promise of divine presence to formal ecclesiastical gatherings, whether that be Sunday morning worship or a midweek small group. But I think Jesus making a much great claim and offer much more grace in those words than we realize.

If the Bible teaches us anything about God it’s that God has many names.

Because the nature of God can’t be defined by one name alone. Yes, God is love, but God is also justice and grace, mercy and healing, communion and reconciliation. And if that is the case, then gathering in his name means much more than gatherings formally organized in and around the name “Jesus.” God is present not just on Sunday morning or in midweek small groups, but whenever two or more have gathered in the name of justice and grace, mercy and healing, communion and reconciliation, or in any other moment in which the image bearers of God have come together to incarnate God’s will on earth as it is in heaven.

That’s what that famous passage in Matthew’s gospel is really all about: the ongoing gift of incarnation.

When Jesus commissioned his disciples he promised to be with them always, even to the end of the age. This promise is fulfilled through the gift of the Holy Spirit and that gift is incarnated wherever two or more are gathered together carrying out the will of God on earth as it is in heaven.

Which means there is something holy to be found in mundane things like doctor’s visits and sharing meals with friends or helping them pack up their house when it’s time to move away.

That doesn’t negate the frustrating reality of God’s silence. Sometimes there are moments when God still feels absent despite the kindness and generosity, love and grace, communion and hospitality of those around us.

But sometimes we may simply need to rethink where and how we look for God when we suffer because, like Elijah, we may be looking for God in the earthquake or a great fire when God has appeared in a gentle whisper.

To be clear, I absolutely do no want to negate the fact that God may indeed be absent or at least agonizingly silent at times. It’s a sentiment we see sprinkled throughout scripture, particularly in the Old Testament, but it may be that God has simply chosen to be incarnated in ways we never thought to look for. Rather than an incredible one time event, but God may have chosen the path of an going presence in our lives incarnated through the love, grace, and presence of those around us regardless of whether or not they are formally acting in the name of Jesus or even claim Jesus as their Lord and savior.

This is a truth I’ve been reminded of time and time again throughout my cancer treatment.

There have, without question, been countless moments when the people of God have intentionally stepped into my life in the name of Jesus to offer me love and support, but there have been just as many more mundane, less formal moments when God has made God’s presence known in my life through the actions of people who neither came in the name of Jesus nor even claimed him as Lord.

People like my doctor who worked diligently to make sure I was getting the best course of cancer treatment possible or my nurse who took care of me during my chemo infusions or the strangers who recommended using lidocaine so my port hook ups weren’t quite so painful or my friends who text me weekly just to see how I’m doing and family that has dropped everything to help out with my kids when I haven’t been able to and countless other moments of grace from friends and strangers alike over the past several months that have made God’s grace and presence known to me in ways I didn’t think possible.

That doesn’t mean there haven’t been moments of doubt and frustration along the way when I’ve longed for the Cecil B. DeMille miracle and struggled to find even a gentle whisper. There have been, but thankfully they have been the exception and not the rule.

I hope and pray moments of divine silence have been few and far between for you too, but if not, know they don’t last forever and, more importantly, you’re not alone.

God may already be standing right next to you in ways you never expected if you just know where to look.