Welcoming The Stranger Is Essential To The Christian Faith 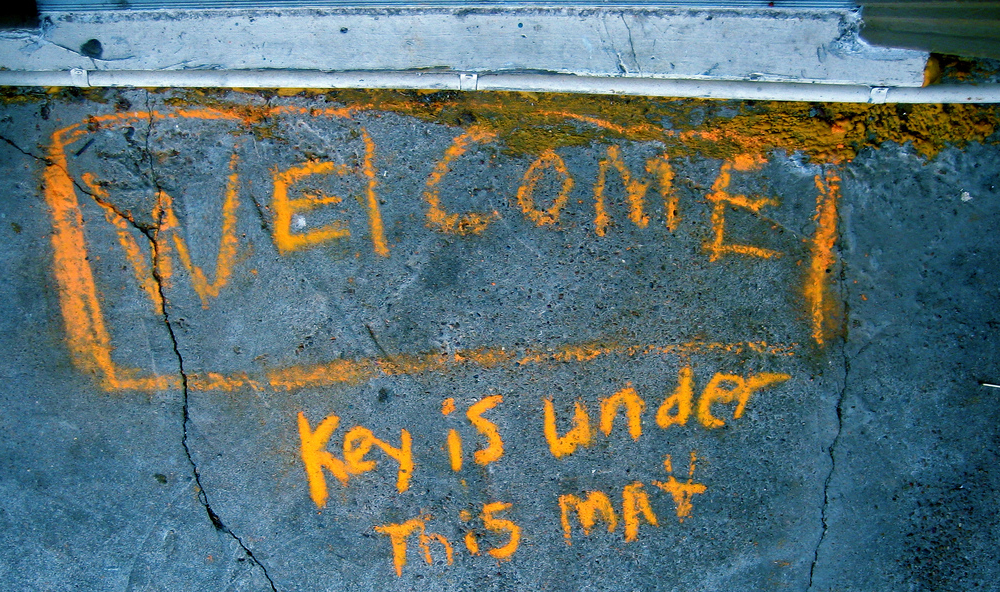 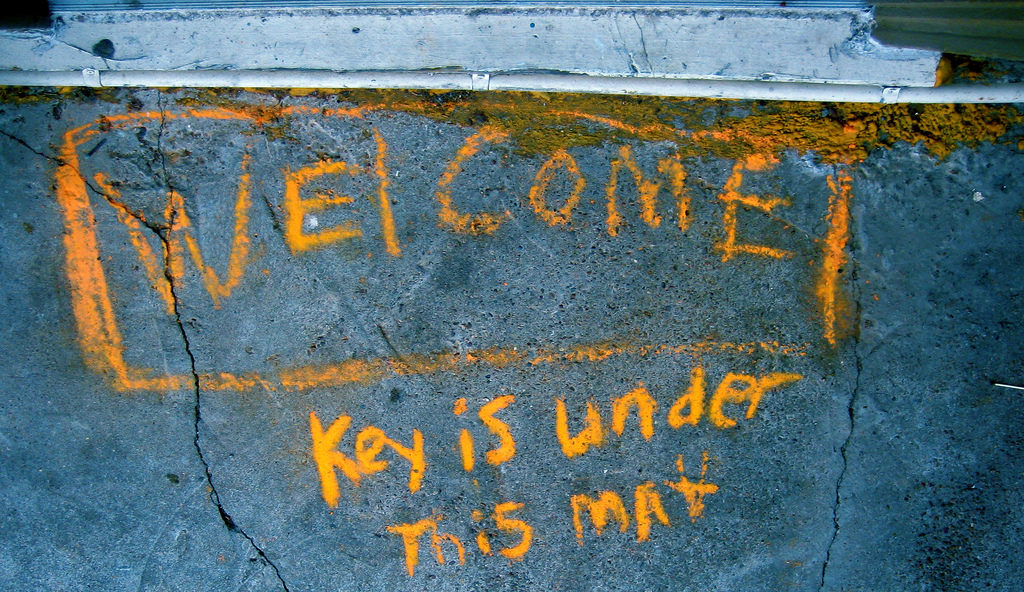 Last week, the Council on Biblical Manhood & Womanhood released their now infamous Nashville Statement condemning not just the LGBT community as sinners, but their allies as well.

According to the signers of the Nashville Statement, in drawing this theological line in the sand, they were simply affirming a central, non-negotionable tenet of the Christian faith.

However, as the biblical scholars in this article explain, that is simply not true.

Nevertheless, the evil they intended to inflict on so many, may turn out, by the grace of God, to work out for the good.

And not just because it rallied so many of the faithful to the defense of the marginalized.

In their claim to be affirming a traditional and central tenet of biblical faith, the signers of the Nashville Statement forced all of us to have a discussion (once again) about what exactly is central to Christianity, or as Article X of the statement put its, what we can and cannot agree to disagree about.

It’s an important discussion to have any time, but especially today in light of the Trump administration’s announcement that they would be ending the DACA program.

And the Nashville Statement signatories, ironically, offer us a great place from which to start the discussion.

Because while their exegesis of passages like those they cite from Leviticus is deeply flawed, they are correct in turning to Leviticus to find a central, non-negotionable tenet of the historical, biblical Christian faith.

They were just looking in the wrong chapter.

While, as Christians, we no longer live under the Law but under grace and even though the book of Leviticus is filled with obscure laws about shrimp and bacon and mixed material clothing we no longer adhere to, Leviticus nevertheless holds – or should hold – a central place in the life of any Christian.

Or at least chapter 19 should because it is there we find a central tenet of the faith that we see repeated over and over and over and over again throughout the Bible. It appears in various forms, but the message is the same: welcome the stranger by loving and caring for them like you would love and care for yourself.

For the Lord your God is God of gods and Lord of lords, the great God, mighty and awesome, who is not partial and takes no bribe, who executes justice for the orphan and the widow, and who loves the strangers, providing them food and clothing. You shall also love the stranger, for you were strangers in the land of Egypt.

You shall not withhold the wages of poor and needy laborers, whether other Israelites or aliens who reside in your land in one of your towns…You shall not deprive a resident alien or an orphan of justice; you shall not take a widow’s garment in pledge. Remember that you were a slave in Egypt and the Lord your God redeemed you from there; therefore I command you to do this.

When you gather the grapes of your vineyard, do not glean what is left; it shall be for the alien, the orphan, and the widow. Remember that you were a slave in the land of Egypt; therefore I am commanding you to do this.

When you have finished paying all the tithe of your produce in the third year (which is the year of the tithe), giving it to the Levites, the aliens, the orphans, and the widows, so that they may eat their fill within your towns, then you shall say before the Lord your God: “I have removed the sacred portion from the house, and I have given it to the Levites, the resident aliens, the orphans, and the widows, in accordance with your entire commandment that you commanded me; I have neither transgressed nor forgotten any of your commandments

Thus says the Lord: Act with justice and righteousness, and deliver from the hand of the oppressor anyone who has been robbed. And do no wrong or violence to the alien, the orphan, and the widow

You have become guilty by the blood that you have shed, and defiled by the idols that you have made; you have brought your day near, the appointed time of your years has come. Therefore I have made you a disgrace before the nations, and a mockery to all the countries. Those who are near and those who are far from you will mock you, you infamous one, full of tumult… Father and mother are treated with contempt in you; the alien residing within you suffers extortion; the orphan and the widow are wronged in you.

A word of warning in Zechariah 7…

Thus says the Lord of hosts: Render true judgments, show kindness and mercy to one another; do not oppress the widow, the orphan, the alien, or the poor; and do not devise evil in your hearts against one another.

And more judgment in Malachi 3…

You get the point.

This is the law and the prophets: welcome the stranger by loving and caring for them as you love and care for yourself.

It is no coincidence then that Jesus, the very incarnation of welcoming, loving, and caring for the stranger, described himself as the fulfillment of the Law, “Do not think that I have come to abolish the law or the prophets; I have come not to abolish but to fulfill.”

And how exactly does Jesus become the fulfillment of the law?

I’ll allow Paul to explain that one: “Love does no wrong to a neighbor, therefore love is the fulfilling of the law.”

But Paul is simply echoing what Jesus himself said when asked choose which of the Law’s many commandments was the greatest.

On these two commandments hang all the law and the prophets.

If you look at Jesus’ words in reverse, reading his response and then go back and read through the words of the Law and prophets at the beginning of this post, you can see exactly what he meant.

I’ve focused on welcoming the stranger as a core example of that, but strangers were not the only people God called Israel to care for.

We have only to look to the prophet Isaiah, to see just how fundamental the call to justice for all people – strangers, widows, orphans, and the like – was to God.

When you come to appear before me,
who asked this from your hand?
Trample my courts no more;
bringing offerings is futile;
incense is an abomination to me.
New moon and sabbath and calling of convocation—
I cannot endure solemn assemblies with iniquity.
Your new moons and your appointed festivals
my soul hates;
they have become a burden to me,
I am weary of bearing them.
When you stretch out your hands,
I will hide my eyes from you;
even though you make many prayers,
I will not listen;
your hands are full of blood.

It is no coincidence that Isaiah is also where we find some of the most famous promises of the long awaited messiah.

Jesus fulfills the messianic prophecies not because he rides in at the head of a conquering army, overthrowing Rome, and destroying his enemies, but because he is the embodiment – the fulfillment – of the Law and the prophets: a man who loves God completely, his neighbor has himself, and welcomes the strangers no matter who they may be or where they come from.

It took his disciples a long time to figure out just what it meant for Jesus to be the promised Messiah because they were looking for a conquering hero who would kick out anyone who wasn’t like them, but instead, he died for their enemies and welcomed everyone, even and especially those his disciples wanted nothing to do with.

Sadly, 2,000 years later, many of us in the Church are still coming to terms with exactly what it means for Jesus to be the Messiah and what he meant when he told his followers to “Go and do likewise.”

We miss the centrality of welcoming the stranger in the life of the Christian because for too long we’ve made Christianity all about us and our personal relationship with God. We’ve forgotten that though we may be called individually, we’re called as individuals into a Body and that Body exists to be Christ in and for the world, welcoming and embracing the stranger and the least of these wherever and whoever they may be.

Worse still, the consequences of this inward turn are far more serious than most of us seem to realize.

But it’s not just the quantity or frequency of Bible verses that makes welcoming the stranger essential to the Christian faith.

For Jesus, welcoming the stranger is a matter of heaven or hell.

In Matthew 25, the one place in all the gospels in which Jesus lays out exactly how Judgment Day will play out, he explains that his decision between who will be raised to life and who we be handed over to death doesn’t come down to our agreement to a list of doctrines or even our profession of faith in God’s existence – after all, even the demons believe that and shudder.

Instead, we will stand before Christ on Judgment Day and he will ask us a simple set of questions. Among those questions is one we must not forget as our country descends ever deeper into the dark waters of fear, bigotry, racism, and xenophobia.

“Did you welcome me?”

It’s a simple question, but the consequences of how we answer it aren’t just profound, they’re eternal.

It is good to see that Christians of all stripes – including some members of Trump’s Evangelical Advisory Board – are remembering this call to welcome the stranger and are speaking out against the Trump administration’s war on immigrants.

Sadly, far too many followers of Christ continue to fall for the racist “law and order” propaganda of the Trump administration that actively seeks to marginalize and oppress people of color in the name of “security” and “doing what’s right according to the law.”

Honestly, I don’t know how to change the minds of people who are convinced that a man who is anti-Christ is nearly every way is actually God’s anointed who is simply enacting God’s will on earth as it is in heaven.

But I do know, without a shadow of a doubt, that we have a clear and unequivocal calling as the Body of Christ and that is to welcome, love, and care for the stranger as if we were welcoming, loving, and caring for Christ.

We can agree to disagree on a lot of things in the Church, but this is not one of them.

Not because I say so.

Or because it’s a trendy thing to affirm.

But because all of scripture hangs on this call to love.

And, according to Jesus, so does our salvation.