This Week In Jesus – Volume 6 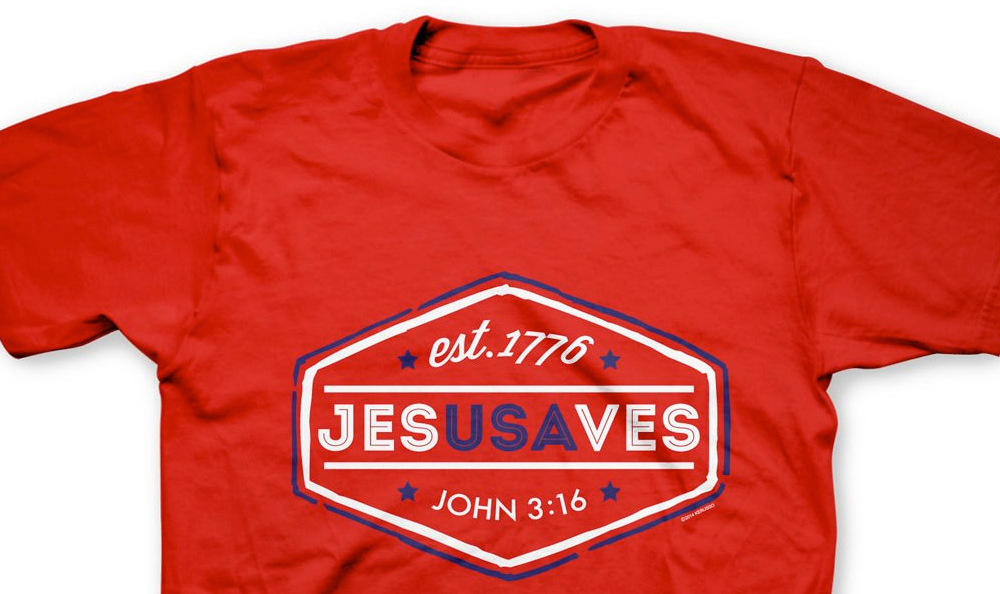 Welcome back to my regularly scheduled sounding, but in reality completely lacking in any regularity series affectionately and uncreatively known as This Week In Jesus.

This week, we say hello to the apocalypse and goodbye to car insurance.

But first up, we have the worst or at least the grossest Jesus appearance of all time.

In the UK, a woman from the town of Crowthorne (English towns sound so much cooler than ours) is convinced that a bird pooped the image of Jesus onto the window of her BMW. 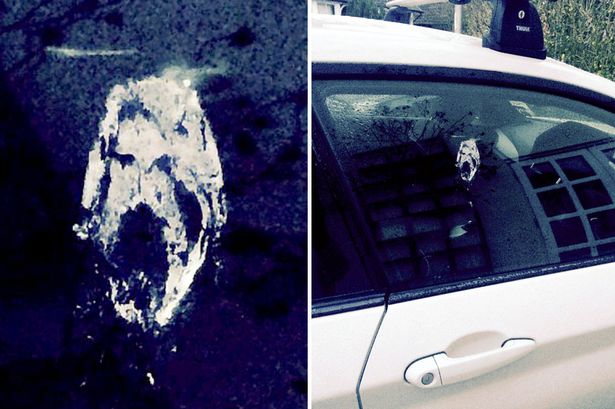 Personally, I think it looks like the mask from Scream

. But either way, that’s one talented bird.

Speaking of the UK, it appears that though its feathery citizens may be big fans of Jesus, its insurance adjusters are not.

A pastor in Cymmer (like I said, they have cool town names) claims her car insurance company invalidated her policy because it said the giant Jesus stickers she plastered on each side of her minivan count as modifications that are not allowed by her policy. 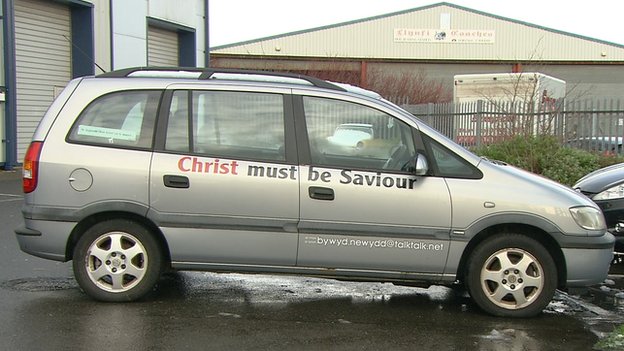 Perhaps there is religious persecution afoot in Great Britain, but the real sin here isn’t discrimination.

Staying with our European theme, the apocalypse is officially at hand.

A tech company in Sweden is implanting chips under the skin of its employees hands in order to grant them secure keyless access into the building and ease the burden of having to memorize a code to use the copying machine.

Of course, the only possible explanation for this hi-tech innovation is that it is not simply a hi-tech innovation meant to increase security and ease routine office tasks, but rather it is, in fact, the Mark of the Beast that will soon be forced upon us all by the Anti-Christ who, it appears, is Swedish.

Finally, we come back home for a shirt that is nothing less than wow.

As in, “Wow, I didn’t realize salvation was established in 1776. I guess you do learn something new everyday. 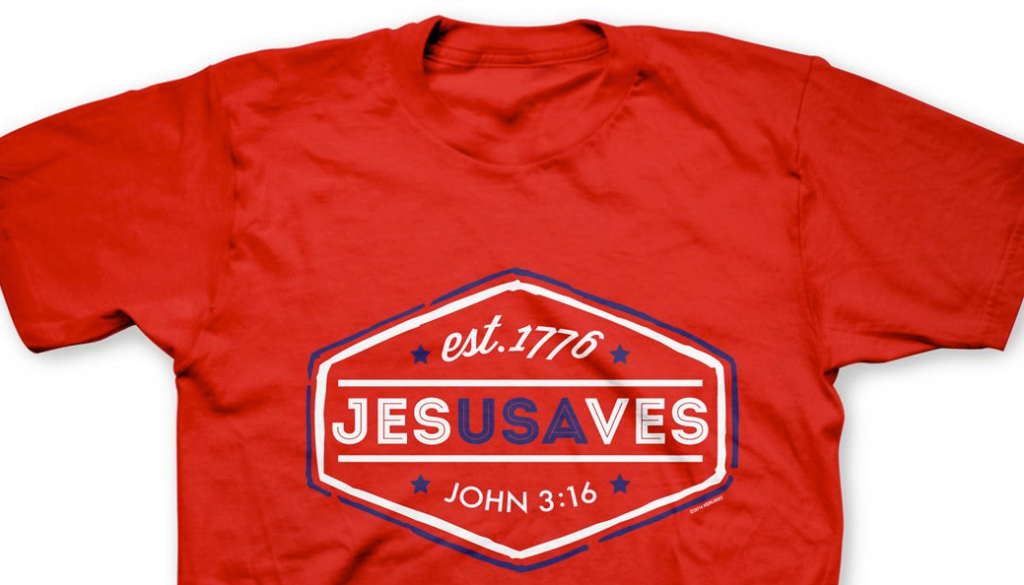 Well, that’s it for this installment of This Week In Jesus.

If you know of any Jesusy stories I missed that need to be shared this week, do your brothers and sisters a favor and share them in the comments section below.