I don’t even know what to say.

I guess this is Tebow’s way of sharing Jesus with ladies that like to see him with his shirt off? 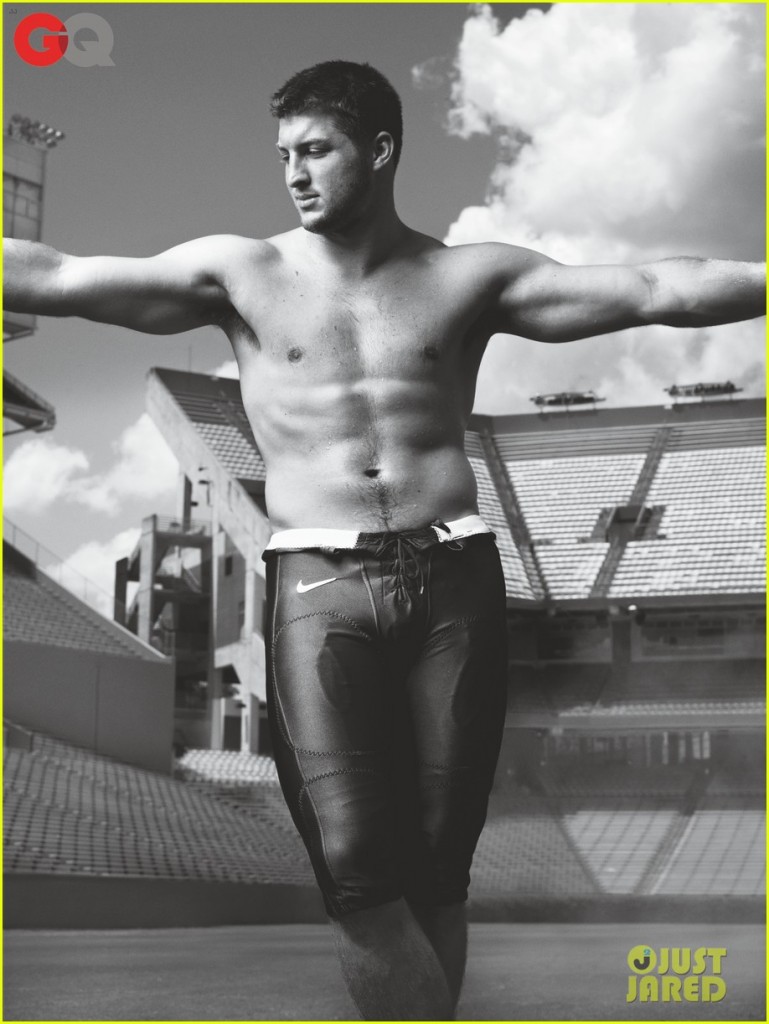 NEW YORK (CBSNewYork) – The NFL Kickoff issue of GQ magazine has hit newsstands in New York City, and guess who’s on the cover.

Hint: he’s not even a starter.

That’s right, we’re talking about Tim Tebow. The Jets backup quarterback is up close and personal in one of two different covers — Carolina Panthers star Cam Newton graced the other — for GQ’s special September edition.

A shirtless Tebow, who is known for his strong Christian beliefs, appeared in a pose similar to Jesus on the cross — arms out, head tilted and legs slightly crossed — on the magazine’s website.

The image, apparently altered from a previous GQ photo shoot, was a hot topic of conversation Tuesday on WFAN’s “Boomer & Carton” morning show.

“How do you do this? … You’ve gotta draw the line somewhere,” one caller said.

“He gets it, he plays the role,” co-host Craig Carton responded. “He’s typically very, very sincere and very, very consistent about who he is and what his beliefs are. You just saw a little inkling into what he thinks of himself.”