The Worst Parable Jesus Ever Told 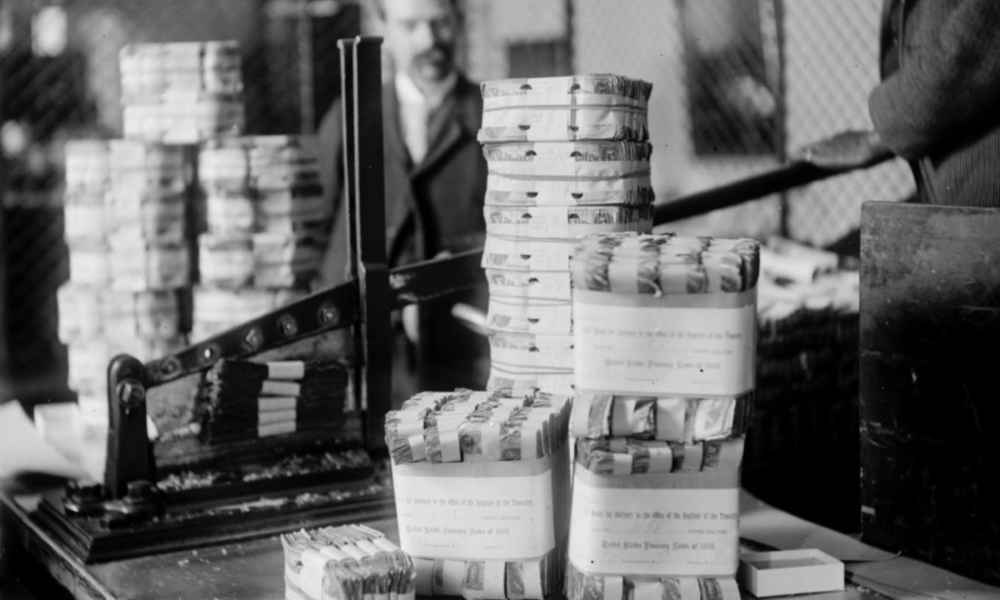 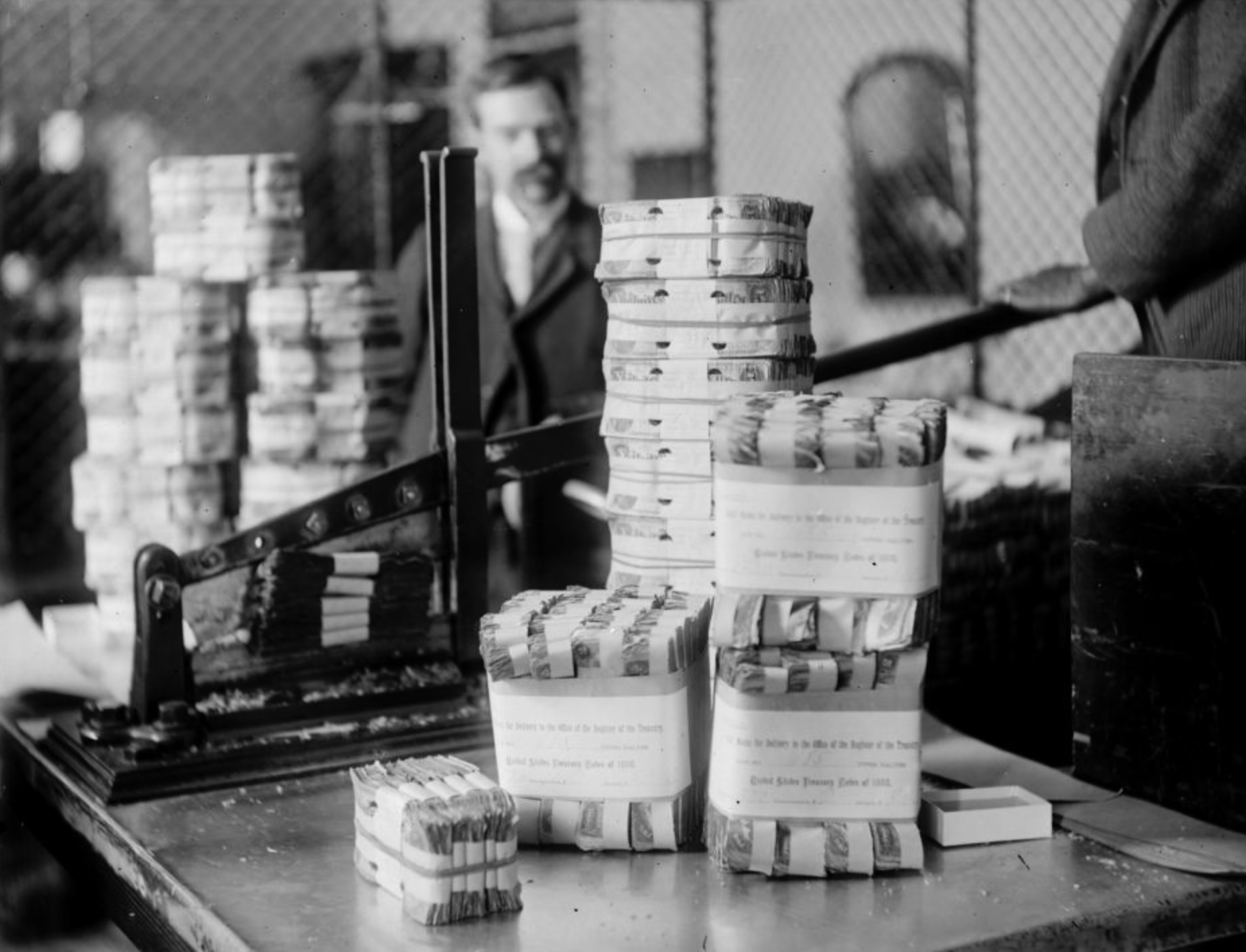 At church yesterday, my pastor preached from what sounded like the worst parable Jesus ever told.

It’s called the parable of the ten minas and it’s found in Luke 19.

While they were listening to this, he went on to tell them a parable, because he was near Jerusalem and the people thought that the kingdom of God was going to appear at once. He said: “A man of noble birth went to a distant country to have himself appointed king and then to return. So he called ten of his servants and gave them ten minas. ‘Put this money to work,’ he said, ‘until I come back.’

“But his subjects hated him and sent a delegation after him to say, ‘We don’t want this man to be our king.’

“He was made king, however, and returned home. Then he sent for the servants to whom he had given the money, in order to find out what they had gained with it.

“The first one came and said, ‘Sir, your mina has earned ten more.’

“‘Well done, my good servant!’ his master replied. ‘Because you have been trustworthy in a very small matter, take charge of ten cities.’

“The second came and said, ‘Sir, your mina has earned five more.’

“His master answered, ‘You take charge of five cities.’

“Then another servant came and said, ‘Sir, here is your mina; I have kept it laid away in a piece of cloth. I was afraid of you, because you are a hard man. You take out what you did not put in and reap what you did not sow.’

“His master replied, ‘I will judge you by your own words, you wicked servant! You knew, did you, that I am a hard man, taking out what I did not put in, and reaping what I did not sow? Why then didn’t you put my money on deposit, so that when I came back, I could have collected it with interest?’

“Then he said to those standing by, ‘Take his mina away from him and give it to the one who has ten minas.’

“He replied, ‘I tell you that to everyone who has, more will be given, but as for the one who has nothing, even what they have will be taken away. But those enemies of mine who did not want me to be king over them—bring them here and kill them in front of me.’”

If you find yourself reading that and thinking “Um, what?” you’re not alone.

When I heard it I had to grab the Bible out of the pew in front of me and see for myself that it was actually in there because it’s like Jesus is saying “You know that whole Sermon on the Mount thing? Yeah, I was totally kidding about that.”

But, of course, if you’re Sarah Palin you’re standing up in church and shouting “amen” after hearing this parable. After all, it reads like a divine sanction for the Tea Party.

God helps those who help themselves.

So, reward the rich ’cause they deserve it.

Screw the poor ’cause they deserve it.

And make sure you maintain a strong national defense…..by killing all your enemies.

Again, basically the opposite of the Sermon of the Mount and virtually everything else Jesus ever said.

So, what was going on?

Well, if we treat this parable like we usually treat scripture and rip it completely out of its context for a “plain reading” of the text based on those nice little section headers, it’s hard to argue that Jesus hasn’t just completely tossed the Sermon on the Mount out the window.

But, if we have the gall to put in a little bit of effort and pretend that historical and biblical context are important things to consider when reading a 2,000 year old text that was written in a foreign language to a specific audience with a specific world view that was not our own, we’ll see that Jesus hasn’t actually exchanged his tunic and sandals for a suit and American flag lapel pin.

Along with our habitual refusal to pay any attention to context, the other major problem we suffer from when reading the Bible is our innate tendency to read everything as prescriptive, meaning we assume that what is written on the page is what we’re supposed to do and how things are supposed to be as if the Biblical writers had so sense of irony, sarcasm, satire, or any literary skill whatsoever.

We can’t be totally blamed for this sort of assumption. After all, the Bible is filled with explicit commands like, well, the Ten Commandments. But the Bible is also full of stories of what not to do. examples of how not to live, and lots and lots of remixing popular or well known stories to teach the opposite lesson.

Such is the case in this particular parable.

You see, great storyteller though he was, Jesus was not making up this story from scratch.

Before he died Herod decided that this son Archelaus would succeed him on the throne. However, in a move of political savvy Archelaus didn’t want to claim the title of “king” without the approval of the king of kings – Caesar. So, Archelaus decided that he would go to a distant country, I mean Rome, to have himself appointed king and then return.

(See where this is going?)

Well, wouldn’t you know it, not everyone was thrilled at the prospect of Archelaus becoming king and so….wait for it…his future subjects sent a delegation to Rome to tell Caesar, “We don’t want this man to be king.”

Surprise surprise, I mean SPOILER ALERT, Caesar made Archelaus king anyway, well almost. Technically he was made ethnarch, a slightly lesser position, but you get the picture.

Guess what happened to his enemies.

Do we still need the spoiler alert?

Being that he was their ruler, Jesus’ audience was quite familiar with Archelaus’ story, which is why Jesus didn’t need to name drop. It’s just like how today I could say “planes flying into buildings” and you would have a pretty good idea of what I was talking about. But Jesus wasn’t invoking this famous tale in order to lay down the foundation for the Tea Party (or any other American political party). In fact, he was doing the complete opposite.

In other words, this wasn’t one of those “this is how things should be” sorts of parables. This was a “this is not how it is in the kingdom of God” sort of parable.

We know this because of the stories Luke places right before and right after Jesus’ parable.

Luke prefaces Jesus parable with the words “while they were listening to this.” The “this” he is referring to is Jesus’ encounter with a guy you might know – Zacchaeus.

You remember him, right? Wee little man in a sycamore tree?

Of course you do, and as you recall Zacchaeus was a tax collector and tax collectors in those days, just like days collectors in these days, weren’t the most popular kids at the party, not just because of the whole collecting taxes thing, but because A) they were colluding with the hated Roman government and B) they collected a little more than taxes from people, sometimes a lot more.

Well, one day Jesus showed up in Zacchaeus’ neighborhood and did his typical Jesus thing and ate with this outcast sinner. And what did Zacchaeus do in response to this act of grace?

He gave away his possessions and donated his wealth to the poor.

Basically the opposite of what we would think Jesus was telling us to do in his parable of the ten minas if we only read the parable and paid no attention to the wee little man in the sycamore tree.

(Fun side note: Jesus declares that salvation has come to Zacchaeus based on what he did, not on a confession of faith….but that’s a can of worms for another day.)

In short (no pun intended), Luke is using Zacchaeus’ story to tell us that  rich who have everything blessing the poor who have nothing is the true mark of discipleship and the way of life in the kingdom of God.

He’s also using it as the crucial first half of the context for Jesus’ ten minas parable.

Now for the second half.

Quick, without googling it do you know what Luke says Jesus did right after telling his story about the rich blessing, pull yourself up from your bootstraps, enemy killing king? If you said “he rode into Jerusalem riding on a donkey,” then I’m sorry. I mean, you’re right, but I’m sorry that now everybody around you is staring at you for being that weird person talking to themselves.

Geez, why are you so weird?

We usually relegate the triumphal entry to Easter and while it definitely belongs there, if we separate it from the parable of the rich blessing, pull yourself up from your bootstraps, enemy killing king we miss the real point of both stories.

They’re about flipping reality upside down.

About changing the old order of things.

About bringing the kingdom of God to earth just as it is in heaven.

In many fundamental ways, the world of Jesus’ day wasn’t that unlike our own. Power ruled the day, the rich got richer, the poor got poorer, and you dealt with your enemies by violently wiping them off the map.

Such was the kingdom of Caesar.

Jesus preached the kingdom of heaven in which power was found in weakness, wealth was a blessing to be given away, the poor were blessed, and enemies were to be prayed for and loved. This is what we hear in the Sermon on the Mount and throughout Jesus’ ministry.

The old order is passing away. Behold, all things are being made new.

Everything Jesus said and did revolved around proclaiming and incarnating the kingdom of heaven, which is why our ears should perk up and we should start asking a lot of questions if we read something in the gospels and think it’s instructing us to continue living in the ways of the old order. As St. Augustine would say, if we read scripture and draw a conclusion that is in conflict with love God and love your neighbor, then no matter how great our exegesis might be our conclusion is wrong.

In the case of the parable of the ten minas, if we think we Jesus has changed his mind about all that blessing the poor and loving your enemies talk, we’re reading it wrong.

He’s still calling us to incarnate a kingdom that is not of this world. He’s just using a little satire to do it.

Which means maybe the real lesson of the parable of the ten minas is that we need to be extremely careful about how we read the Bible because a “plain reading” of the text may be the absolute worst reading of the text.

In fact, it may just lead us to becoming the complete opposite of disciples of Jesus.

It may lead us to becoming anti-Christ.