The Way, The Truth, And The Life 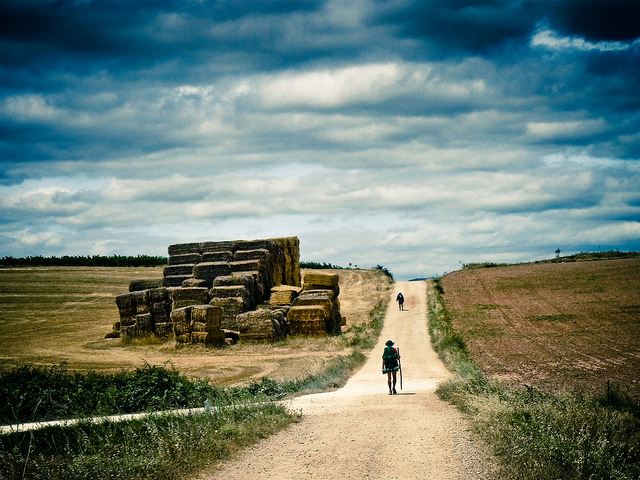 Even without the recent election, it’s clear that we the people have some sharp disagreements with one another.

This isn’t anything new. There have always been sharp disagreements in every place, among every people, and in every era of history.

What I find particularly interesting about the current state of discord is the approach most often taken towards resolution. Whether it’s in conversations over coffee, a heated debate online, or an op-ed piece in a major newspaper the tact is usually the same: the person making their case almost always either explicitly claims or implicitly implies that their opponent’s disagreement is a matter of simple ignorance that can be solved by that person acquiring more information about the given subject.

We hold this “truth” to be self-evident because we are heirs of the Enlightenment, taught to believe without question that reason and the acquiring of more knowledge are the keys to truth and understanding. They are, as it were, the path to enlightenment through which all discord will be resolved and all ills will cease.

Sometimes that is true. Sometimes scientific, technological, medical, or philosophical breakthroughs do force us to change the way we look and act in the world, but I’m becoming less and less convinced that the simple acquisition of knowledge is really all that is necessary to change hearts and minds.

Rather, I’m becoming more convinced that it is experience or at least experience combined with knowledge which is the necessary agent for transformation.

Think about it this way, when you were a small child your parents told you over and over again not to touch a hot stove lest you burn yourself. They gave you all the information you needed to avoid trouble. But almost all of us needed the painful experience of touching a hot stove in order to fully understand and appreciate the consequences.

On the opposite end of the spectrum, I could pour my heart out to you, and gladly would, in a effort to convince you that the avocado popsicle at Las Paletas in Nashville is not only better than it sounds, but a truly wonderful treat for the senses. But even if you’re willing to give me a suspicious benefit of the doubt, you won’t truly appreciate or understand that wonderful frozen treat until you try one for yourself.

I think it is because very need for encounter and experience that Jesus declares himself  rather than knowledge about himself as the way, the truth, and the life.

If you think back on the Gospel stories, then you’ll remember that even the disciples who gained first hand knowledge from Jesus’ teaching didn’t always, and in fact usually didn’t, understand his teachings until they experienced for themselves what Jesus was talking about.

There are, of course, few better examples of this than the apostle Peter. He stood before Jesus and heard Jesus declare that his identity as the Christ, the Son of the living God was the foundational rock upon which the Christian faith would be founded. Yet, not long after acquiring that knowledge, Peter denied not only Jesus, but Jesus’ importance in his life. It wasn’t until the rooster crowed and it dawned (literally) on Peter what he had done, that he came to understand the importance of Jesus’ teaching.

The same thing happened to Peter again in the book of Acts. While sitting on the roof of his house trying to decide what to eat for lunch he had a strange vision of a sheet descending from heaven full of “unclean” animals that he was instructed to eat. Peter refused because he knew this was against the Law of Moses. Yet, Peter had stood next to Jesus when he proclaimed to the Pharisees that it is not what goes into a person’s mouth that defiles them, but what comes out of it. So once again, Peter needed to experience Jesus’ teaching before he fully understood it.

Finally, there is not greater example of the importance of experience in Scripture than the resurrection itself. Even though the disciples had heard Jesus teach about his own resurrection, they hid in fear after the crucifixion, not “knowing” what to expect next. It wasn’t until they encountered the resurrected Christ that they truly understood what he was talking about.

Very rarely, if ever, will we argue someone to the faith or to our way of looking at the world, but an encounter with the risen Christ can change a person’s mind, body, heart, and soul.

This is why incarnating the faith, or living like Jesus, is so important. Since Jesus isn’t walking around on earth like he was on Easter Sunday, the only chance a person has to have a life changing encounter with the risen Christ is through us, through the incarnated Body of Christ.

This is also why I personally believe in Jesus and the truth of the Christian faith, not because I can intellectually prove the existence of God or the veracity of the Bible, but because I have experience the risen Christ in my own life through friends, family, and strangers whose Christlike words and deeds have given me a glimpse of another, deeper, truer reality.

If changing hearts and minds in order to make the world a better and more just place is really our goal, then incarnation is our best hope. It should not be wholly divorced from information, but if we do not embody the truths we claim, then no one will believe us no matter how powerful our rhetoric or truthful our information may be.

That being said, we must accept the fact that ultimately even an encounter with the risen Christ through our incarnating the Truth will not always be enough to change people. Countless people go on mission trips, attend worship services, or have life long Christian friends that give them a glimpse of the kingdom, yet they choose not to accept that reality.

Likewise, ultimately, some people will always simply disagree with us. It is not because they are ignorant or need more information, but because their life experience forces them to disagree even when that experience may be one they share with us. In other words, even as Christians our encounter with the risen Christ may lead some of us to different understandings and interpretations of that experience. The fact that there are tens of thousands of denominations on this planet testifies to this reality.

At the end of the day, or perhaps I should say at the end of our debating (if that end ever comes), the mark of our character and fidelity to Christ will not be continued argument or arrogant put downs of others’ ignorance. Rather, our Christian identity will be found in our continual incarnation of the kingdom of God.

That is to say, the truth of the gospel we proclaim will only ever be found in living a resurrected life which itself proclaims that the way to the truth is through life in Jesus.