The Thing About Christian Unity Is…. 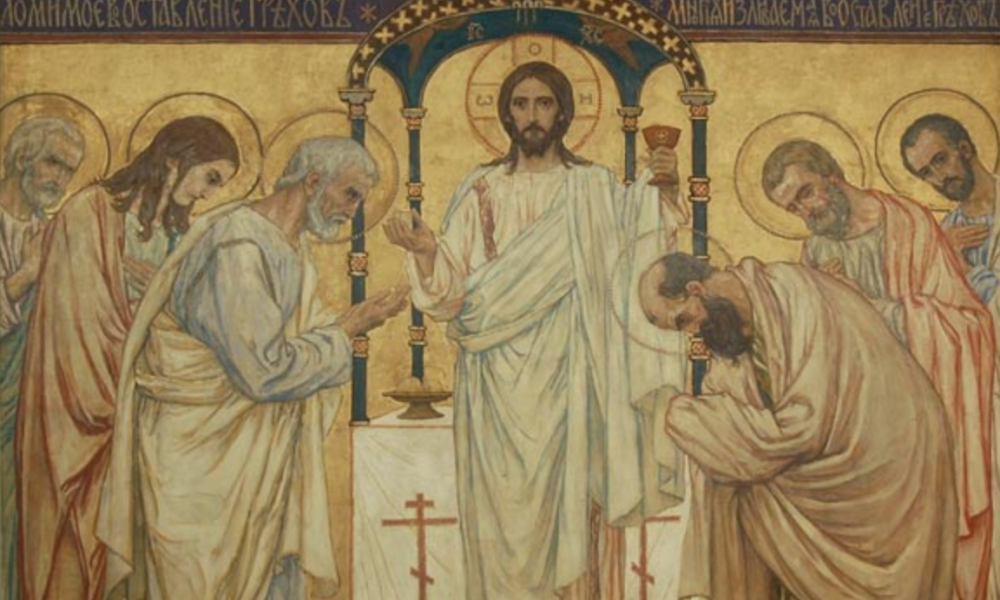 If you’re a Christian with a blog, or just an opinion in general, and you have the audacity to critique other Christians, particularly prominent Christian leaders, you will inevitably find yourself under attack by fellow Christians accusing you of “stirring up disunity” in the church. The thought being that if “the world” sees the church display any hint of discord, disagreement, or imperfection, that would be somehow mean the total collapse of the church’s ability to do evangelism or worse, the invalidation of the gospel.

This is, of course, nonsense. If it were true, the church, with its 2,000 years of flawed history, would have collapsed long, long ago. And yet these attacks continue. Why? Because there is a powerful force behind them: fear.

Of course, the church should strive for unity, but what these Chicken Littles of the faith are bemoaning is not the absence of unity, but conformity; conformity to their particular brand of the faith. Moreover, they’re mourning the prospect that their favorite Christian guru or church may not be as perfect as they thought, or needed them to be.

In other words, these self-appointed watchdogs and defenders of the faith come out in droves because their heroes have been revealed for the flawed human beings that they are and always have been. Yet rather than accepting this reality they instead turn towards denial and self-delusion. They become what every great regime needs: spin doctors and masters of propaganda. They fill up comment sections, write blog posts, preach sermons, all in an effort to spin the reality of the situation and cast the critic as the villain and their fallen hero as the innocent victim – all in the name of “Christian unity.”

You see, the thing about this sort of Christian unity is that it’s nothing more than propaganda.

Like all good propaganda, it’s not really unity that is sought, for diversity can not only exist within a unified people, it can thrive. What these Christian propagandists seek is conformity and the assurance that they are right.

To their credit, these Chicken Little’s of Christian unity are quite eloquent and often very effective in their propagandist efforts.

Take, for example, Tim Challies, a popular blogger who recently came to the defense of Sovereign Grace Ministries, a organization which has been criticized, and rightly so, by other Christians for refusing to cooperate with civil authorities in an investigation into accusations of sexual abuse. According to Challies,

“This situation is unfolding before a watching world that loves nothing more than to see Christians in disunity, accusing one another, fighting one another, making a mockery of the gospel that brings peace. You and I are responsible to do well here, to be above reproach in our thoughts, words and actions. We are responsible to be marked by love whether evaluating a difficult situation or taking appropriate action. We can make the gospel look great or we can make it look insignificant.”

What makes Challies’ words so devastatingly effective is his ability to not simply move the guilt away from those who have created the problem and place it on those calling them to account. Effective though that is, what makes it so powerful in a Christian context is the way he turns critique, an amoral and often healthy practice, into nothing short of sin.

The absurdity of this is stunningly profound, if not altogether repugnant.

And yet it is a technique employed over and over and over again from the most prominent celebrity preacher to the lowliest internet troll and everyone in-between all of whom’s greatest fear is, apparently, being perceived as less than perfect. This need to be perfect, or at least to be seen as perfect, is a temptation that goes all the way back to Adam and Eve’s need to be like God – to be perfect. Like Adam and Eve we still listen to words of the snake and believe that being less than divine is somehow a flaw.

So, we do everything in our power to maintain the myth that our leaders, our churches, our theological systems, and, by extension, we ourselves are perfect. This is what is at the heart of so many of the recent cries for Christian unity. But the righteous indignation of “Christian unity” that runs rampant today has is more often than not nothing more than propaganda for sustaining a false and unnecessary narrative of perfection. A collective effort to sustain a lie.

The truth is the church is and always has been populated by imperfect people.

But the church has never feared this imperfection.

In fact, she has embraced it.

You see, if effective evangelism required that the world perceived the church as perfect, never arguing, and always agreeing on everything, there would be no Bible.

Think about it – the Bible begins with the story of a people who try to become gods and fail. Then when learn about a drunk named Noah. There’s Lot who slept with his daughters and the great father of the faith, Abraham, who was a pathological liar. Moses was a murderer, David an adulterer, and Solomon a polygamist. The entire nation of Israel were serial spiritual adulterers throughout much of the Old Testament. In the gospels we meet a group of 12 disciples who were power hungry doubters. Paul was a terrorist and if we learn nothing else from his letters it’s that the early church was constantly bickering.

Which means, if the writers of the Bible had listened to the modern propaganda about Christian unity and “sowing disunity” the Bible would never have been able to be written because it’s just too bad for PR.

At its core, the Bible is scandalous. It’s the account of all the many ways God’s people have screwed things up. And yet there is no attempt to coverup any of those perfections. Why? Because the Bible is a testimony to the fact that God doesn’t need perfect people. God uses imperfect people to accomplish great things – and He’s not afraid to do so. If anything, God seems to relish using the prodigal son or daughter to accomplish God’s will.

The Bible is a story of broken people saved by a broken savior who’s offer of salvation is a call to live a broken life.

That’s the good news of the gospel, the scandalous news we’re supposed to be proclaiming to the world we’re so worried about impressing.

Yes, we are called to perfection, but the resurrection didn’t instantaneously perfect the world. It simply begins it. Which means the perfection of the church is not something we will experience on this side of eternity…and that’s ok.

This means if you are a Chicken Little, convinced the church will collapse at the smallest sign of “disunity,” you need to direct your righteous indignation somewhere useful. Perhaps towards the fact that millions of children go to bed starving every night, or towards the lack of effort given to prevent the loss of millions of lives to curable diseases, or towards the defense of basic human dignity denied to so many because they don’t look, sound, or believe like “I” do.

Or pick another cause. Get creative. Just find something more productive to do with your time.

Yes, the unity of the church is a noble pursuit, but it can’t be driven by propaganda, itself motivated by fear and the idolatrous need to be seen as perfect. As important as unity is, so is the church’s integrity, honesty, and ability to deal truthfully and effectively when she fails.

To do that, and maintain the unity we all want, we must remember that our unity is not found perfection, but in our brokenness. It is found in our willingness to break bread together in the face of that brokenness as we come together to worship a broken Savior.

We are a broken people and that’s ok.

In the face of a world that demands perfection, this brokenness of the Body of Christ is nothing short of scandalous.

To reject that brokenness for the sake of public perception is to reject the cross and the God who was crucified upon it.

If we are going to be united as a church, it won’t come about through a sustained PR blitz.

Our unity as the people of God will only come about through our willingness to embrace our shared brokenness.