The Problem With Questions 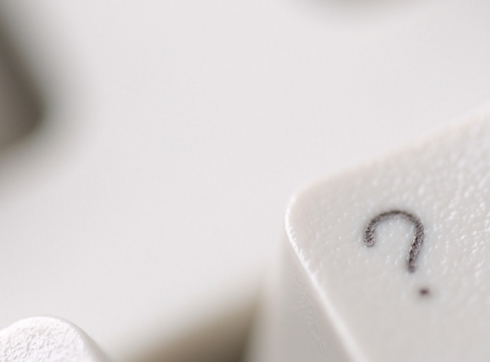 Nothing makes you feel dumber than going to school.

At least that’s the case for me.

I can do all my assigned reading and spend time reflecting on the text, but that won’t always save me from staring blankly back at the professor when asked a question, or worse, answering incorrectly.

You see, the problem with questions is that they expose us. They reveal us for who we really are, imperfect people who don’t know everything and who, in fact, don’t have nearly as much control over the world as we might want people around us to believe.

But for many Christians, this sort of situation isn’t acceptable.

Christian fundamentalism is built around the premise that it holds, and must hold, all the answers in life.

It knows everything about the Bible.

It knows everything about God.

It knows everything about salvation.

Which means there is no room for uncomfortable, difficult questions.

Questions that you or I might struggle with, such as how a loving God can allow such wasteful suffering from diseases like Alzhiemer’s, those sorts of seemingly unanswerable questions can only be addressed in one of two ways by the fundamentalist.

Either a horrendously unloving “answer” is given, explaining God’s unknowable, yet purposeful (and apparently evil) will.

The person asking the question is attacked for committing what is for fundamentalism, the most grievous of sins: asking questions.

After all, nothing makes God more angry than being asked a question, right?

It might sound absurd, but such attacks are “necessary” because if fundamentalism can’t provide a definitive, succinct answer to every question asked of it, then it crumbles under the weight of its own hubris.

I think this problem with questions demonstrates a fundamental misunderstanding.

While the Bible is certainly a source of truth, its authors ask just as many questions as we do and many times clear answers aren’t given.

If you don’t believe me, I suggest you read the book of Job.

If such questioning in the Bible tells us anything, it’s that God isn’t afraid of being asked questions.

If anything, God welcomes questions. We may not always get the answer we like or get that answer in the timeframe we want, but God will not zap us with lightening if we ask.

Because Christianity, despite popular misconception, is not a call to blind faith.

Those who call their followers to blind faith do so because blind faith affords them absolute control over others. Questions have no place in such a world because they threaten that leader’s control.

In other words, questions are condemned because they threaten to set the captive free.

Jesus certainly provided a lot of answer, but he asked just as many questions of religious leaders who thought they were in control and welcomed the questions that were asked of him.

Because Jesus doesn’t call us to blind faith. He calls us to a childlike faith and if you’ve spent any time around children, then you know how much they love to ask questions.

Why is the sky blue?

Why do I have a belly button?

Where do babies come from?

When, like children, we ask questions of about our faith, it’s not because we lack faith in our Father. Rather, it is because of our faith in God that we ask those questions. We ask because sometimes we can’t reconcile what we experience with what and Who we know to be true.

I think God wants us asking those sorts of questions because it demonstrates the sort of love for others God desires each of us to have.

At the end of the day, asking questions is fundamental to our humanity and if the Bible teaches us anything, it’s also part of what it means to be the people of God.

The Bible, with all its answers, is a beautiful picture of an open and honest relationship between an imperfect people and a God who’s not afraid of those people asking tough questions.